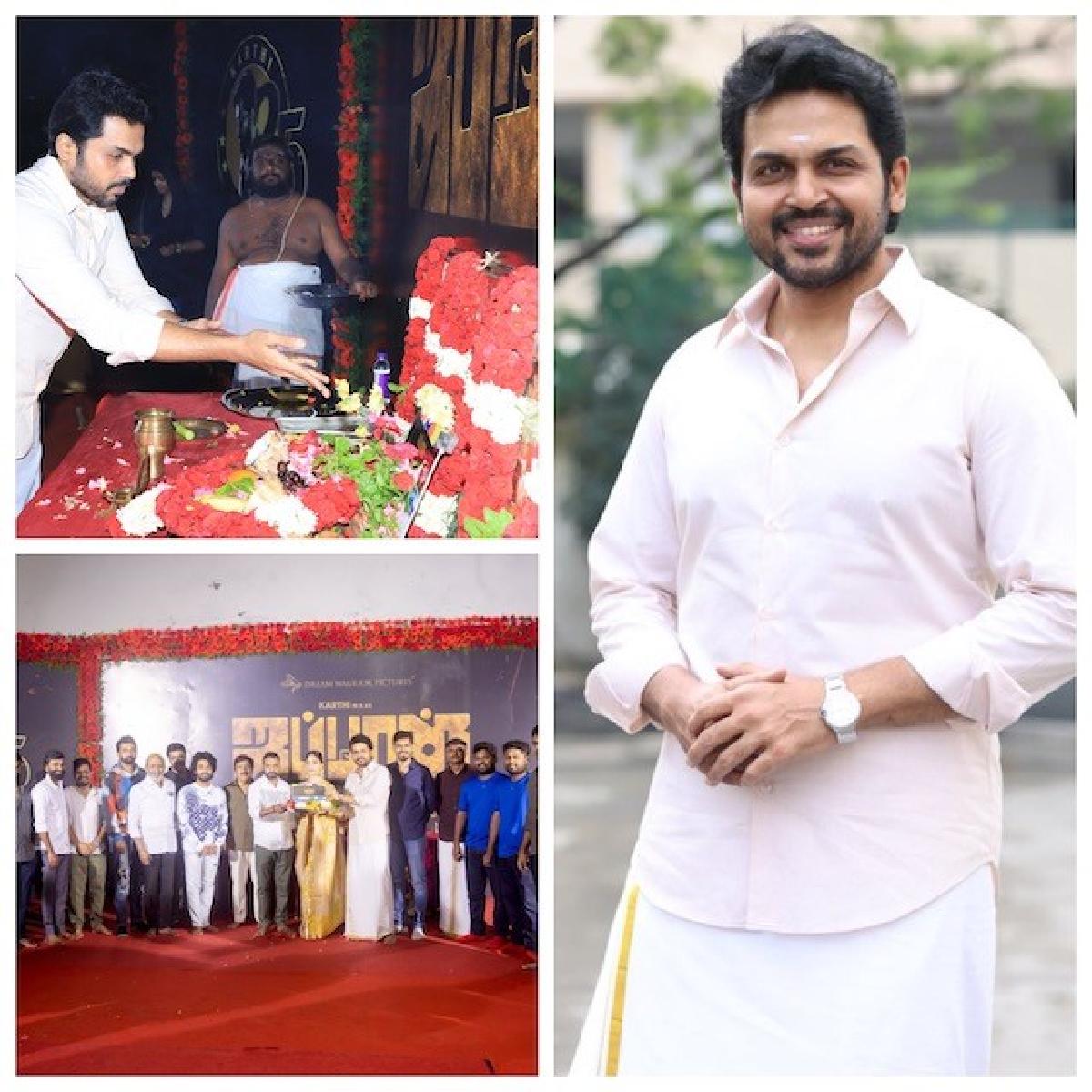 Fresh out of success of Sardar and PS-1, south sensation Karthi kick-starts the shoot of his 25th film, titled Japan, with pooja ceremony.

Actor Karthi’s next film has been titled Japan. The movie was launched with a customary puja ceremony. Bankrolled by Dream Warrior Pictures, the film will be helmed by director Raju Murugan of Joker fame. And Anu Emmanuel will play the female lead.

Raju Murugan’s movies are known for their politically heavy themes. He made a mark with his socio-political satire Joker. The 2016 film also took the acting career of Guru Somasundaram to the next level. His last directorial outing Gypsy, however, failed to strike a chord with critics and the audience.

Karthi will next be seen reprising the role of Vallavaraiyan Vandiyadevan in the second part of Ponniyin Selvan, which will hit screens next year.

He also has a film lined up with director Lokesh Kanagaraj. The film is the sequel to his 2019 blockbuster Kaithi and it will go on the floors after Lokesh completes his project with Tamil superstar Vijay.