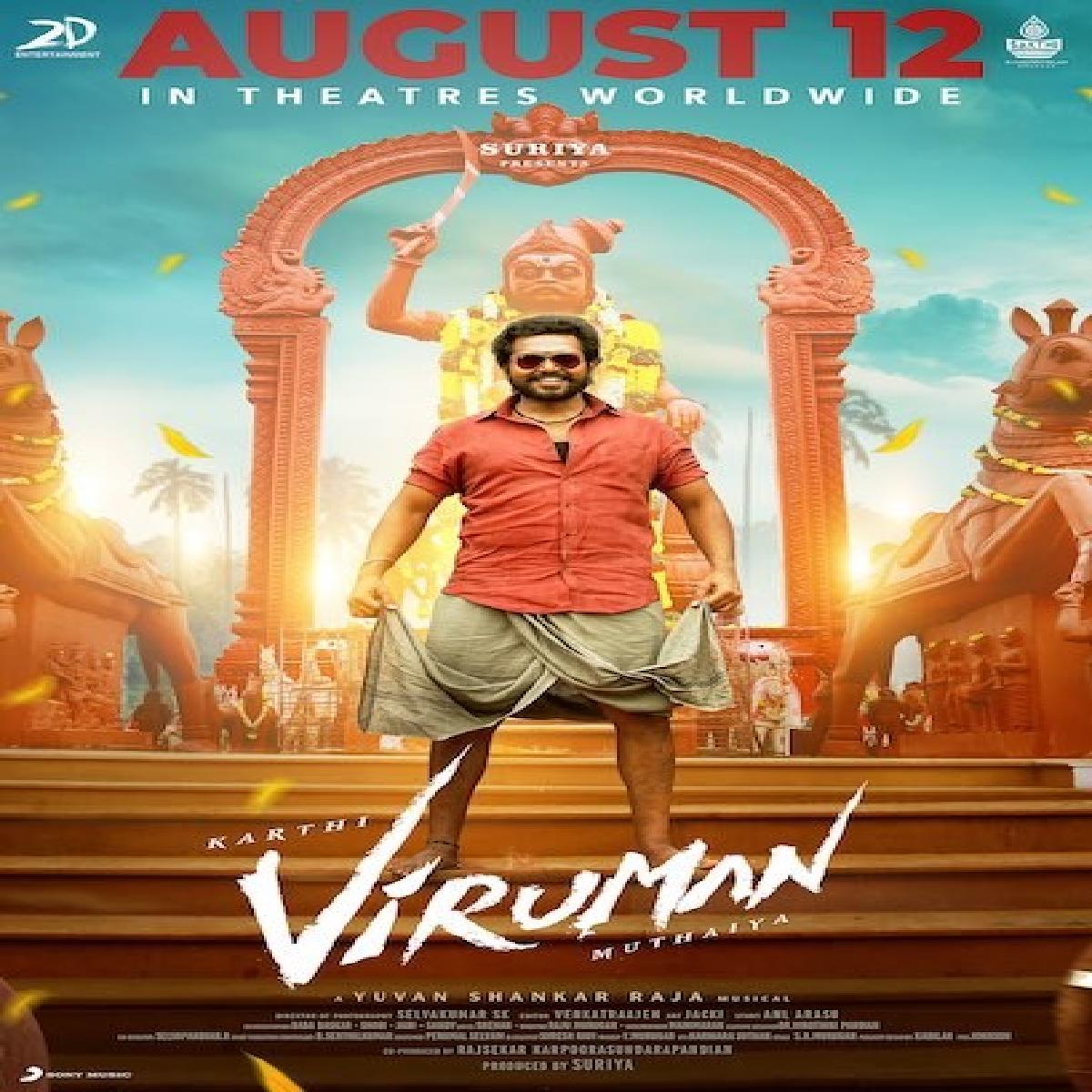 South sensation Karthi confirms the release date of his next movie, Viruman, the film will release theatrically on 12th August 2022.

The film is produced by Jyothika and Suriya under 2D Entertainment. The music is composed by Yuvan Shankar Raja and cinematography is handled by Selvakumar S. K.

Apart from Viruman, actor Karthi is also part of Ponniyin Selvan – I or PS1, an epic period film directed by Mani Ratnam, it is the first of two cinematic parts based on Kalki Krishnamurthy's 1955 novel Ponniyin Selvan.

The music is composed by A. R. Rahman, with cinematography handled by Ravi Varman, editing done by A. Sreekar Prasad and production design by Thota Tharani. The film is slated for 30th September 2022 release.