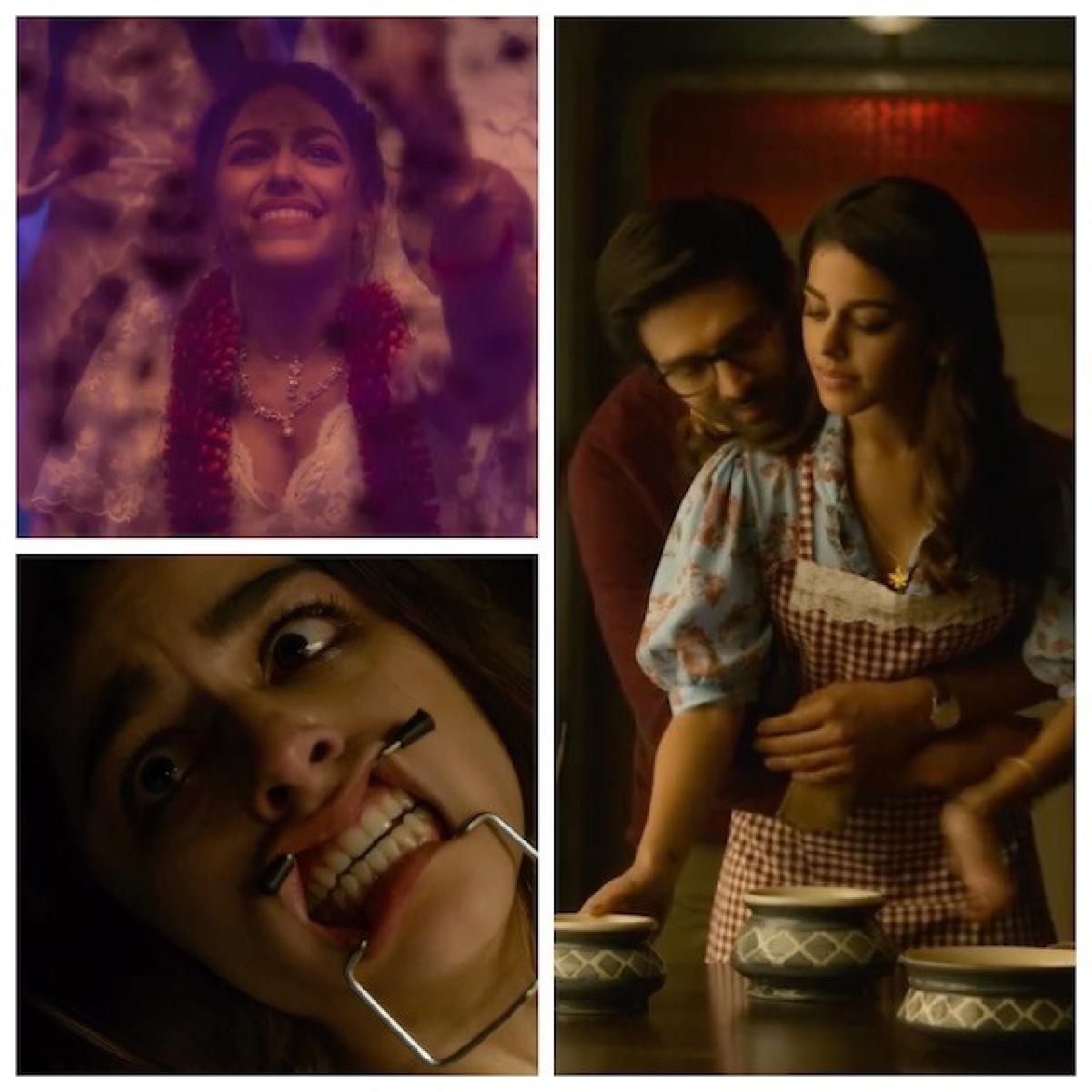 The teaser opens with Kartik and Alaya getting married and trying to make a home, and romance each other, but then we’re shown Alaya F as Kainaaz is tied on a table and Freddy (Kartik) is giving her a dental exam, the whole teaser will give you chills.

The forthcoming romantic thriller is helmed by Shashanka Ghosh and written by Parveez Sheikh. The film is produced by Balaji Motion Pictures, NH Studioz and Northern Lights Film.

The official synopsis of the film reads, Dr. Freddy Ginwala is a lonely and shy dentist during the day and turns a killer at night. The lines between love and obsession blur in this story packed with unpredictable twists and sharp turns.

The film is scheduled for premiere on 2 December 2022 on Disney+Hotstar.