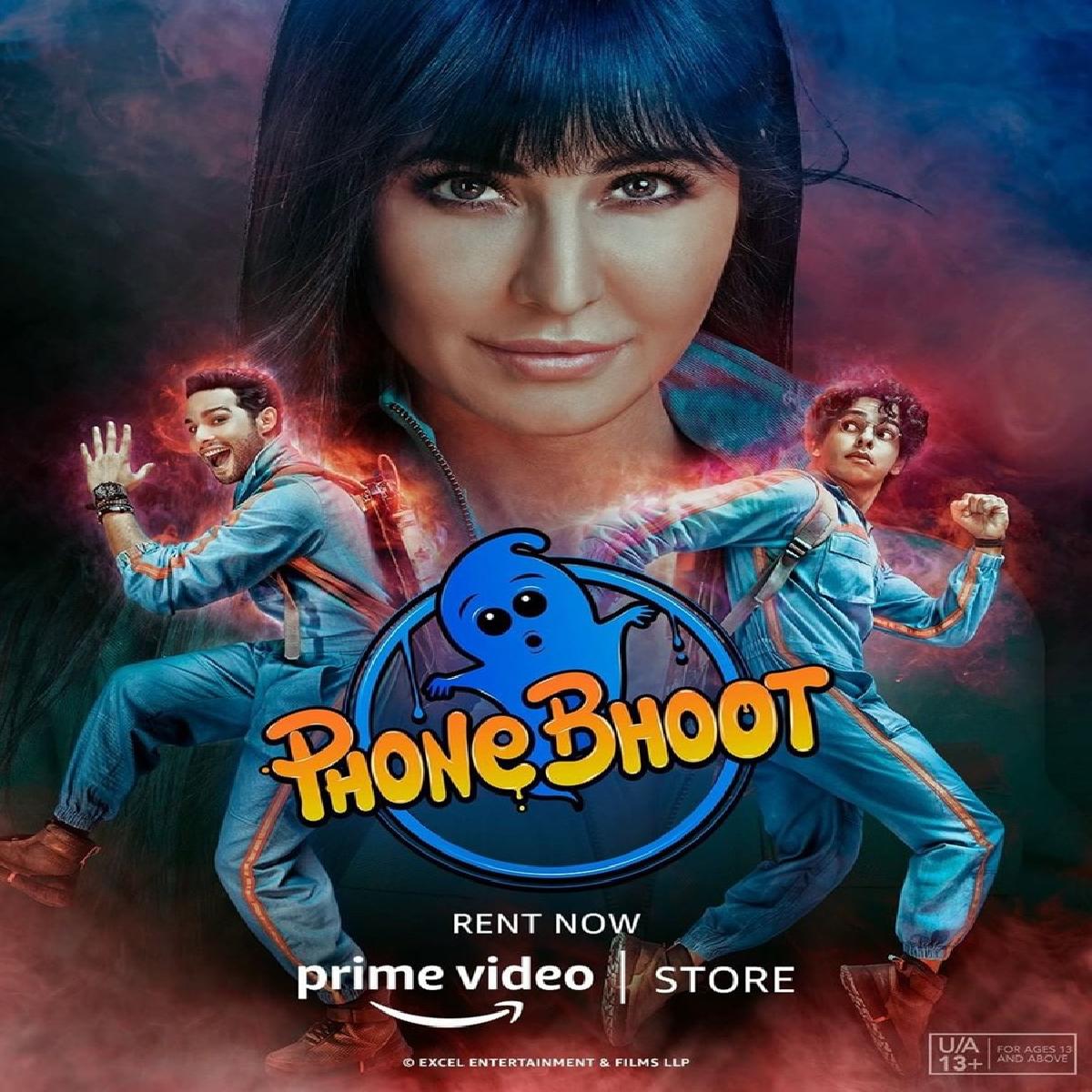 Sharing about the OTT release of the film, the official handle of Excel Entertainment tweeted, “Incoming Call…#PhoneBhoot  services are now available on rent only on #PrimeVideoStore. Watch now! @PrimeVideoIN”

Helmed by Gurmmeet Singh and produced by Farhan Akhtar and Ritesh Sidhwani under the banner of Excel Entertainment. The film revolves around Major and Gullu (Ishaan and Siddhant), two unemployed young men who aspire of becoming exorcists and ghost busters, collaborating with Ragini (Katrina), a benevolent ghost who promises to help them achieve their desires and wealth in return for moksha.

While Jackie Shroff played the role of Atmaram, an evil tantrik who wants to destroy Ragini and his friends, hence the battle of natural and supernatural takes place. The film was released theatrically on 4 November 2022 to mixed response from the critics.

Jee Le Zaraa, starring Priyanka Chopra Jonas, Katrina Kaif and Alia Bhatt. The female-centric road film will be directed by Farhan Akhtar, from a story written by Zoya Akhtar, Reema Kagti, and himself.