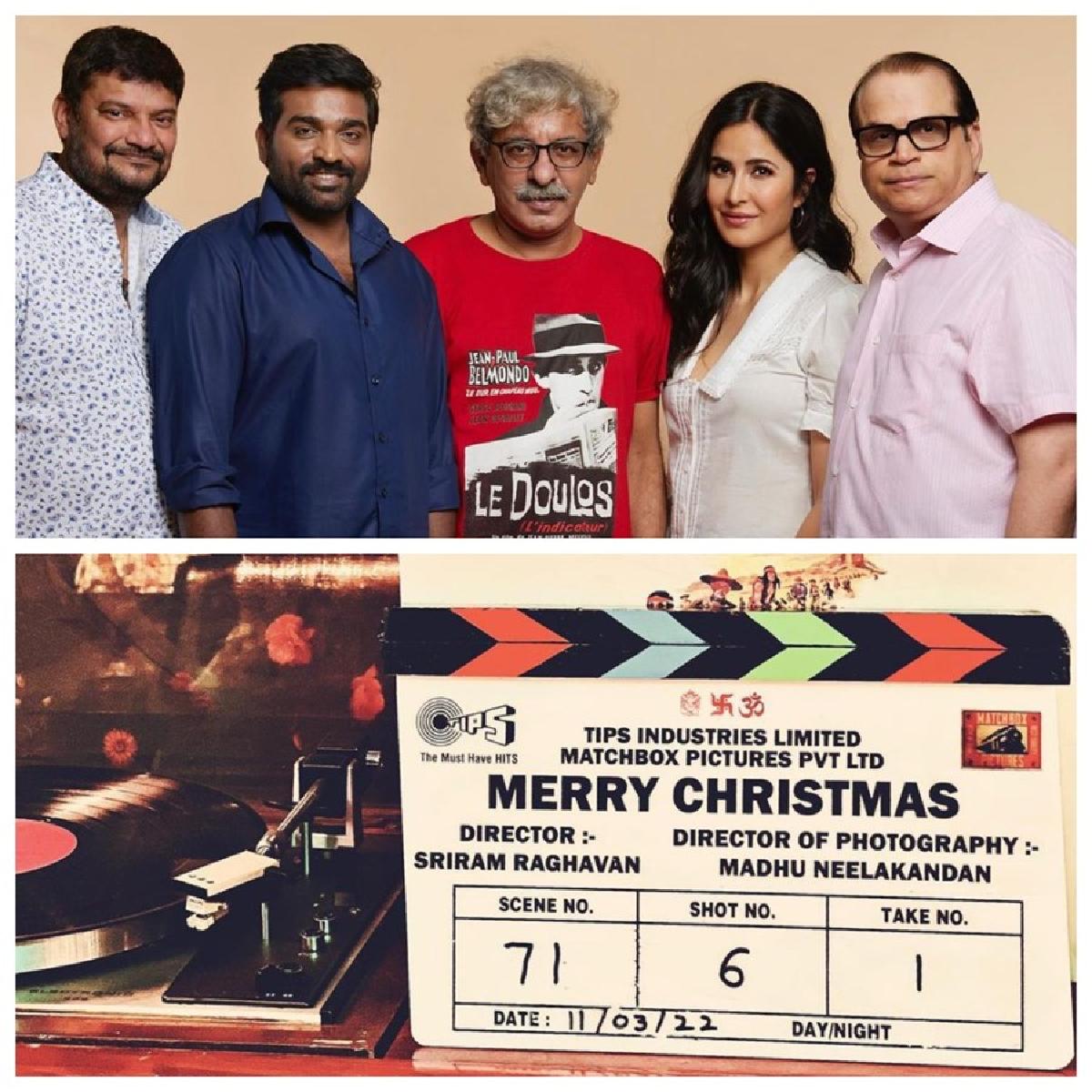 In December, Katrina Kaif announced her new movie, Merry Christmas, which also stars south sensation Vijay Sethupathi. She shared, “New Beginnings. BACK ON SET with director #sriramraghavan for Merry Christmas! I've always wanted to work with Sriram Sir, He is a master when it comes to narratives that showcase thrillers and it's an honor to be directed by him. . Super excited to be teaming up with @actorvijaysethupathi for this one produced by @rameshtaurani & @sanjayroutraymatchbox @tips @tipsfilmsofficial @matchboxpix"

Now the film has finally gone on floors, Katrina took to her social media and shared a picture from the sets of the film. The picture showed a clapboard of the film, with a vinyl record player beside it.

This would be the first collaboration of Katrina with 'Makkal Selvan' Vijay Sethupathy and acclaimed filmmaker Sriram Raghavan.

Katrina Kaif recently wrapped the Delhi schedule of Tiger 3, also starring Salman Khan in the lead role. She shared a teaser from the film.