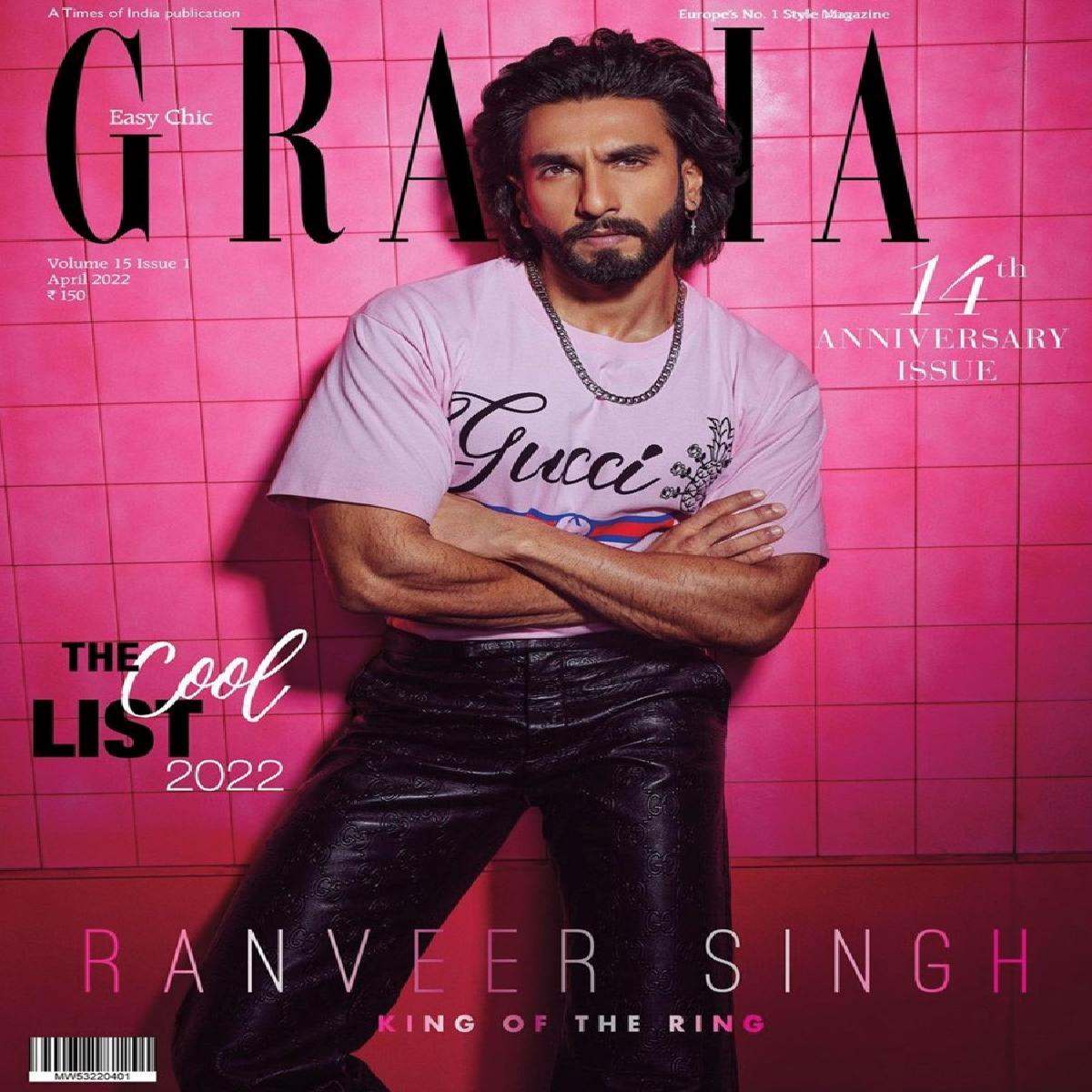 The official handle of Grazia India dropped the latest cover spread and wrote a snipped from the story, “In 1991, along the Gulmohar-covered bylanes of Mumbai’s Juhu, King of the Ring, Ranveer Singh would first realise, and quite accidentally so, that performing came naturally to him”

“He was only six. Impressionable but acutely aware. For Grazia’s 14th anniversary issue, we trace Singh’s journey to success, even as he reflects on the early seeds of being a performer, the long road towards achieving a work-life balance, and the anxieties along the way” read the full note.

On the cover page, Ranveer is wearing a ‘Gucci Pineapple’ cotton T-shirt, ‘GG’ leather trousers, along with accessories.

After completing his education in USA, Singh returned to India to pursue an acting career in film. He made his debut as a leading man in Yash Raj Films' romantic comedy Band Baaja Baaraat. He gained praise for playing a melancholic thief in the drama Lootera (2013), and established himself with his collaborations with Sanjay Leela Bhansali, beginning with the romance Goliyon Ki Raasleela Ram-Leela (2013), Bajirao Mastani (2015) and Padmaavat (2018), respectively.

In addition to acting, Singh has hosted the television game show The Big Picture (2021–2022). He is married to his frequent co-star Deepika Padukone.

Meanwhile on the work front, Ranveer Singh will soon be seen in social comedy Jayeshbhai Jordaar. He has teamed up again with Rohit Shetty for Cirkus, in which he will play dual roles. He will also be seen in Karan Johar's romantic comedy Rocky Aur Rani Ki Prem Kahani opposite Alia Bhatt.