KISS Celebrates Draupadi Murmu is Swearing In as President with Gusto 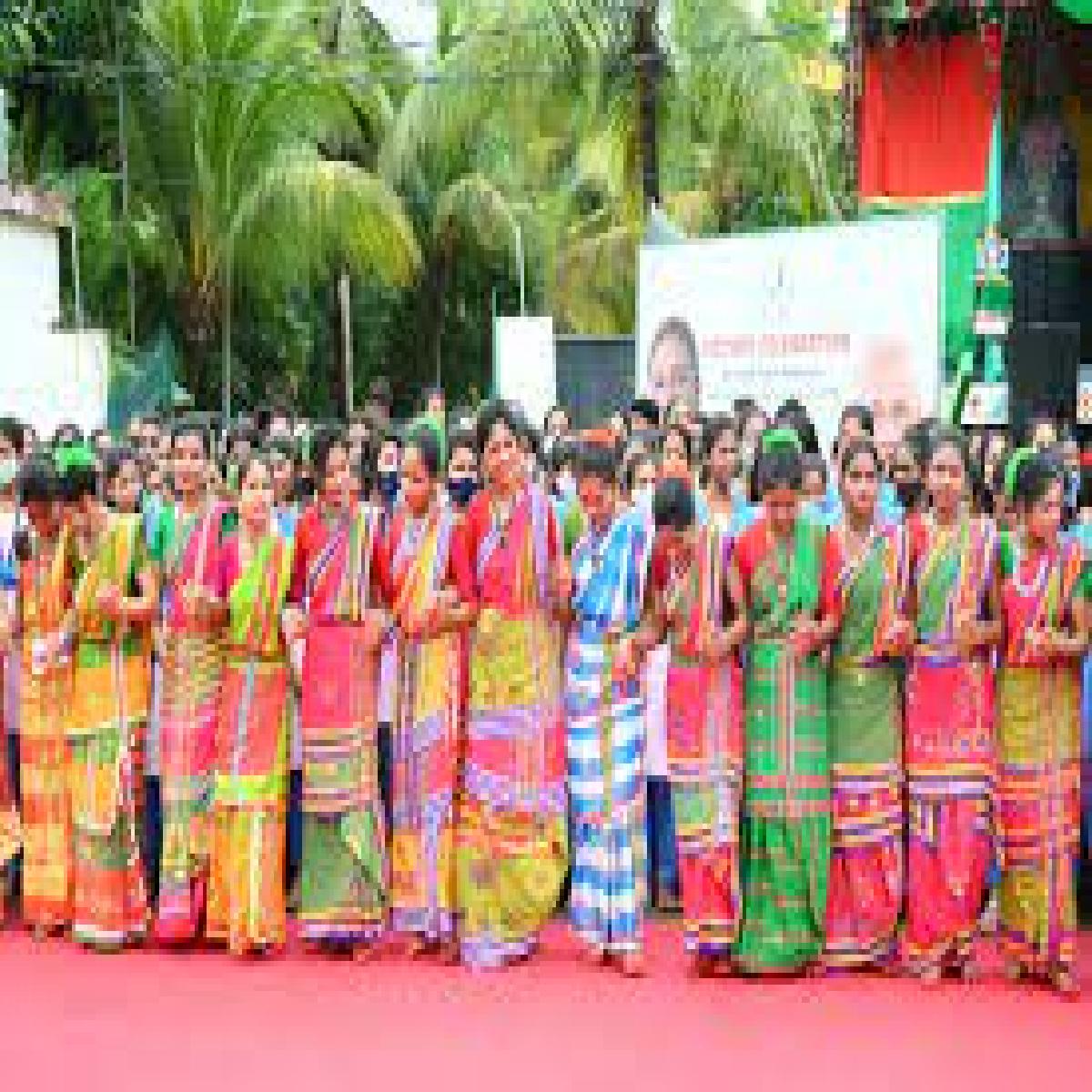 The students of Kalinga Institute of Social Sciences (KISS) on Monday organized a victory celebration to commemorate Draupadi Murmu’s elevation as the 15th President of India.

The day was observed in a big way by 30,000 students of KISS as Murmu, the tribal leader from the Mayurbhanj district from Odisha, took the oath of office. She becomes the first woman from the community to hold the highest constitutional position in the country. Her anointment becomes all the more significant as it coincides with the Azadi Ka Amrit Mahotsav, marking 75 years of India’s independence.

Murmu’s association with KISS, the largest tribal university in the world, goes beyond her visits to the campus. Her son-in-law Ganesh Chandra Murmu was a student of the institute. During his association with KISS for over 15 years, he also played for the KISS Rugby Team that won the 2007 Junior Rugby World Cup in England. He emerged as a promising player and also played for the team in South Africa, England and South Korea.

The President’s son also studied at KIIT from 2003 to 2006. A few years ago, he met with his untimely death.

To mark Murmu’s swearing-in ceremony, more than 30,000 ladoos were prepared and distributed on the campus. Students from the President’s village also participated in preparing the ladoos.

The entire campus basked in a sense of pride and happiness after participating in the victory day celebration. The collective emotions and a positive vibe was more than palpable. The students said they are brimming with confidence that they will also occupy high positions in their professional lives. Draupadi Murmu has overcome many challenges in her life to secure quality education as she had realized its importance in her life. Therefore, she has sent her own children to KISS and many more children from her hometown to pursue quality education and become big in life. Her endeavour has led these children to get quality education and become successful in their careers, the students said. They lauded Prime Minister Narendra Modi’s decision to provide a tribal leader from Odisha to become the President and serve the people of the country. They have also wholeheartedly thanked Odisha Chief Minister Naveen Patnaik for supporting the PM’s decision.