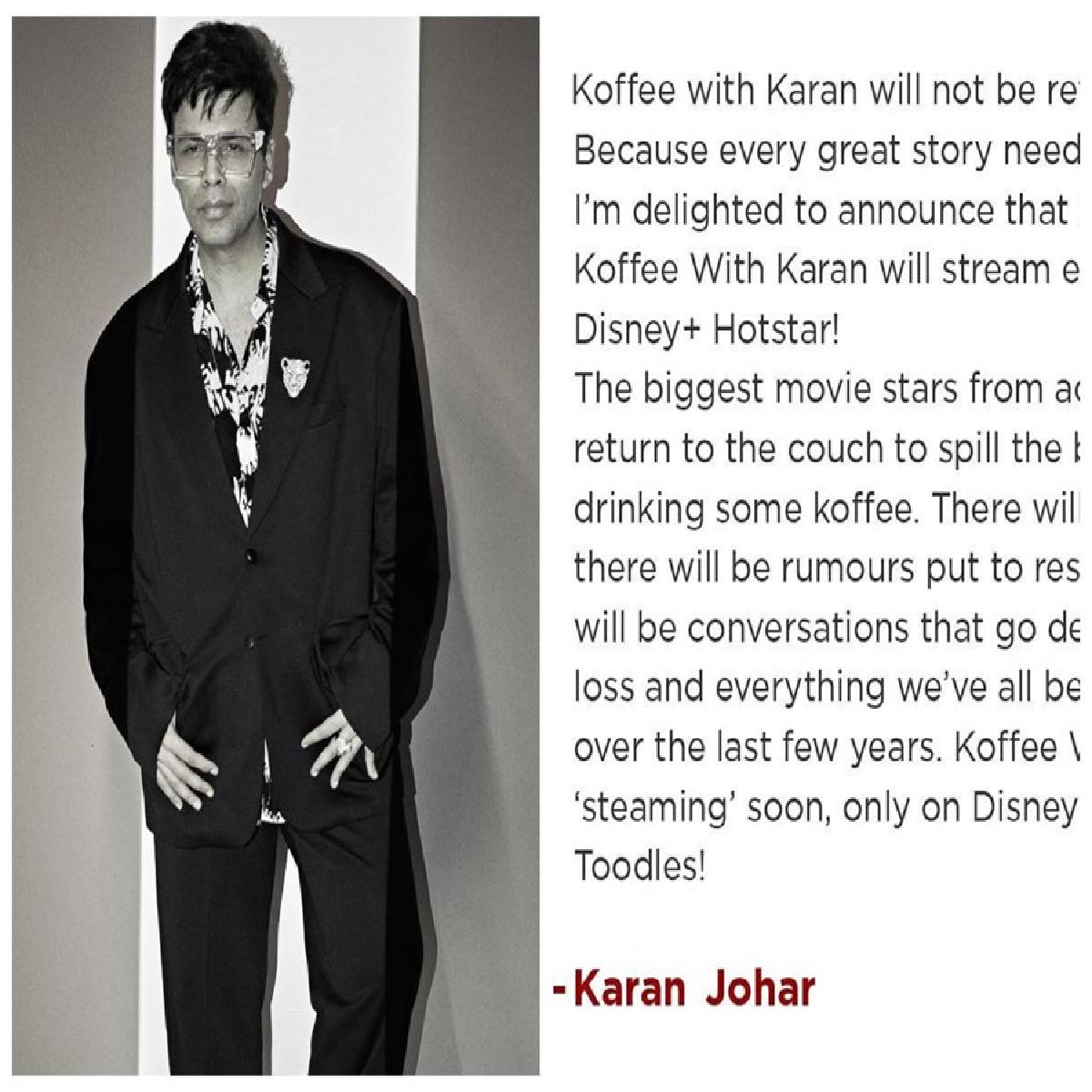 After setting the internet abuzz with a note stating that the new season of Koffee With Karan will not be returning, filmmaker Karan Johar announces the digital version of the talk-show.

The new season, Koffee With Karan 7, will stream on Disney+ Hotstar, the talk show goes digital. Sharing a note on his social media profile, Karan captioned it, “EVEN MORE IMPORTANT ANNOUNCEMENT TO MAKE #HotstarSpecials #KoffeeWithKaran @disneyplushotstar”

The note read, "Koffee with Karan will not be returning...on TV! Because every great story needs a good twist, I'm delighted to announce that season 7 of Koffee With Karan will stream exclusively on Disney+ Hotstar!"

"The biggest movie stars from across India will return to the couch to spill the beans while drinking some koffee. There will be games, there will be rumours put to rest - and there will be conversations that go deep, about love, loss and everything we've all been through over the last few years. Koffee With Karan, 'streaming' soon, only on Disney+ Hotstar. Toodles! – Karan Johar"

The seventh edition of 'Koffee with Karan' will start shooting on 7th May 2022.