Koffee With Karan Will Not Be Returning Confirms Karan Johar 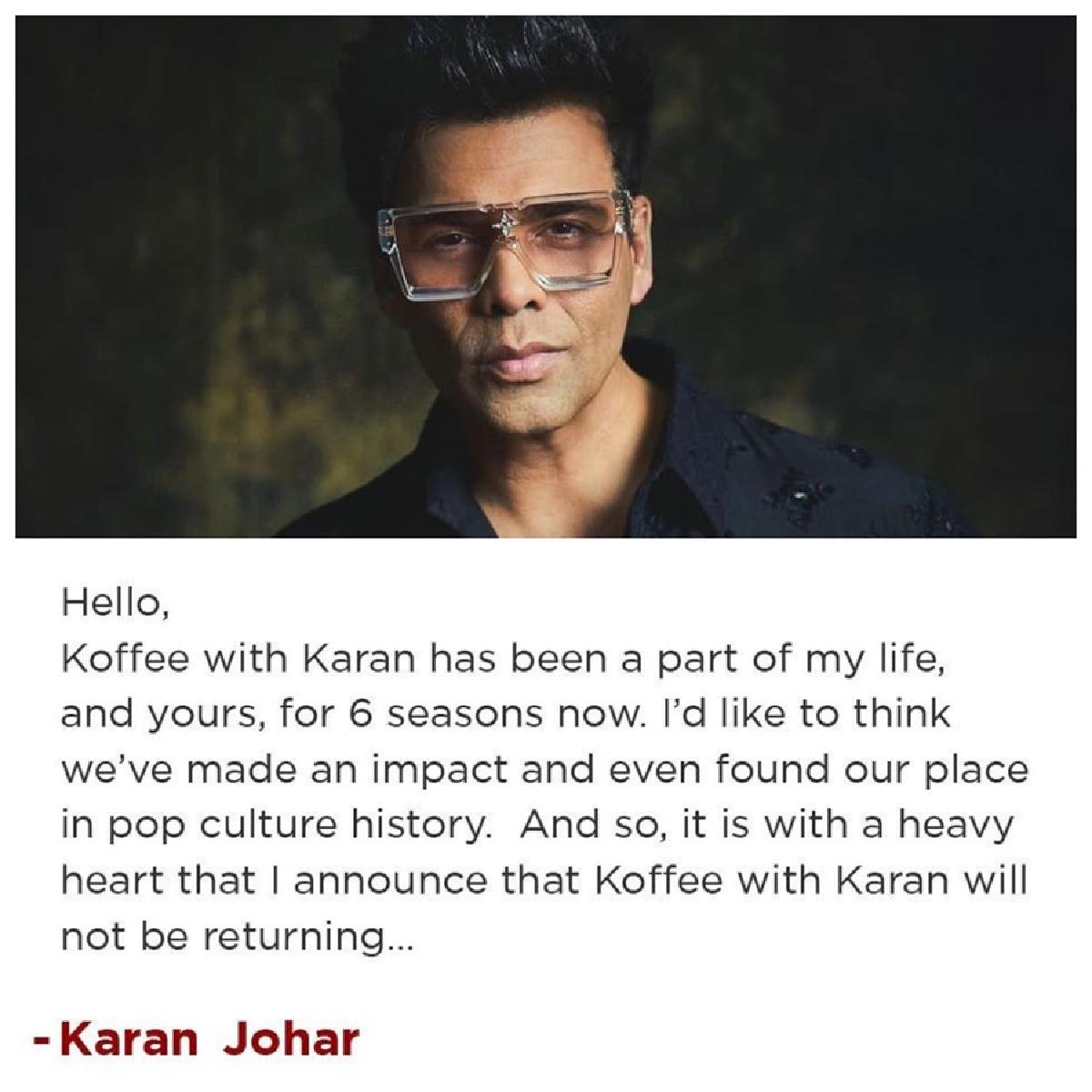 Filmmaker Karan Johar forayed into talk-show space with his infamous show, Koffee With Karan, each season was bigger and better than the previous one, and as the old saying goes, all good things must come to an end, the filmmaker has announced the discontinuation of the show.

After 6 epic seasons and hundreds of guests, with a lot zig and controversies, Karan Johar’s show has been the most talked about talk show in history. Sharing a note on his social media, Karan Johar captioned it, “IMPORTANT ANNOUNCEMENT”

The note read, “Hello, Koffee with Karan has been a part of my life, and yours, for 6 seasons now. I’d like to think we’ve made an impact and even found our place in pop culture history. And so, it is with a heavy heart that I announce that Koffee with Karan will not be returning…”

Apart from Koffee With Karan, the filmmaker has hosted a dating show What the Love! and a radio show Calling Karan, and appeared as a judge on competition reality shows Jhalak Dikhhla Jaa, India's Got Talent, India's Next Superstars.

The film marks the onscreen reunion of Dharmendra and Jaya Bachchan after 48 years, having previously worked together in Sholay (1975). It is scheduled to be theatrically released worldwide on 10 February 2023.