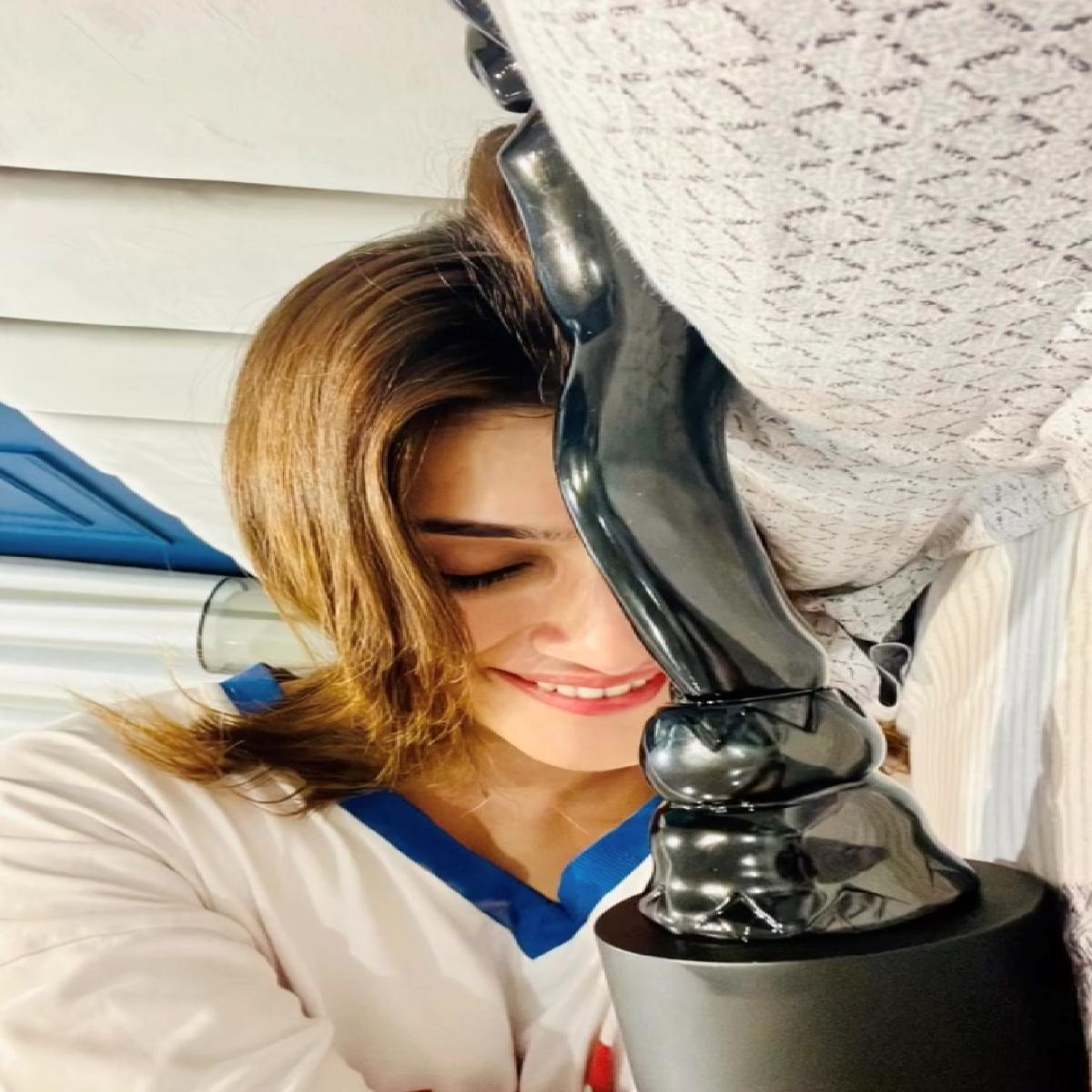 Actress Kriti Sanon has expressed gratitude as she bagged the Filmfare trophy for Best Actor.

Kriti bagged the Best Actor in a Lead Role (female) award for 'Mimi' at the 67th Filmfare Awards in Mumbai. After receiving the award, she took to her social media and dropped a video post, along with note.

It read, “I ain’t sleepin alone tonight! Heart is full…#Gratitude The black lady is finallyyyyy here…Thank you @filmfare for this much needed validation and for making my dream come true! A bigggg thank you to #Dinoo and @laxman.utekar sir..for giving me this beautiful role and for being my constant supporters…I love u both! @maddockfilms”

“The entire cast and crew who made this film beyond special...And the lovely audiences and all my fans for giving Mimi and me so so much love! Mom, dad, Nups…I did it! Here’s to dreaming big…Goodnight everyone” read the full note.

Directed by Laxman Utekar and produced by Dinesh Vijan's Maddock Films, Mini, a remake of the Marathi film Mala Aai Vhhaychy! (2011), it stars Kriti Sanon in the titular role who opts to be a surrogate mother for a foreign couple.

Meanwhile on the work front, Kriti Sanon is busy with some of the biggest projects, such as Bhediya with Varun Dhawan, Ganapath with Tiger Shroff, Adipurush with Prabhas and Saif Ali Khan, and Shehzada with Kartik Aaryan.