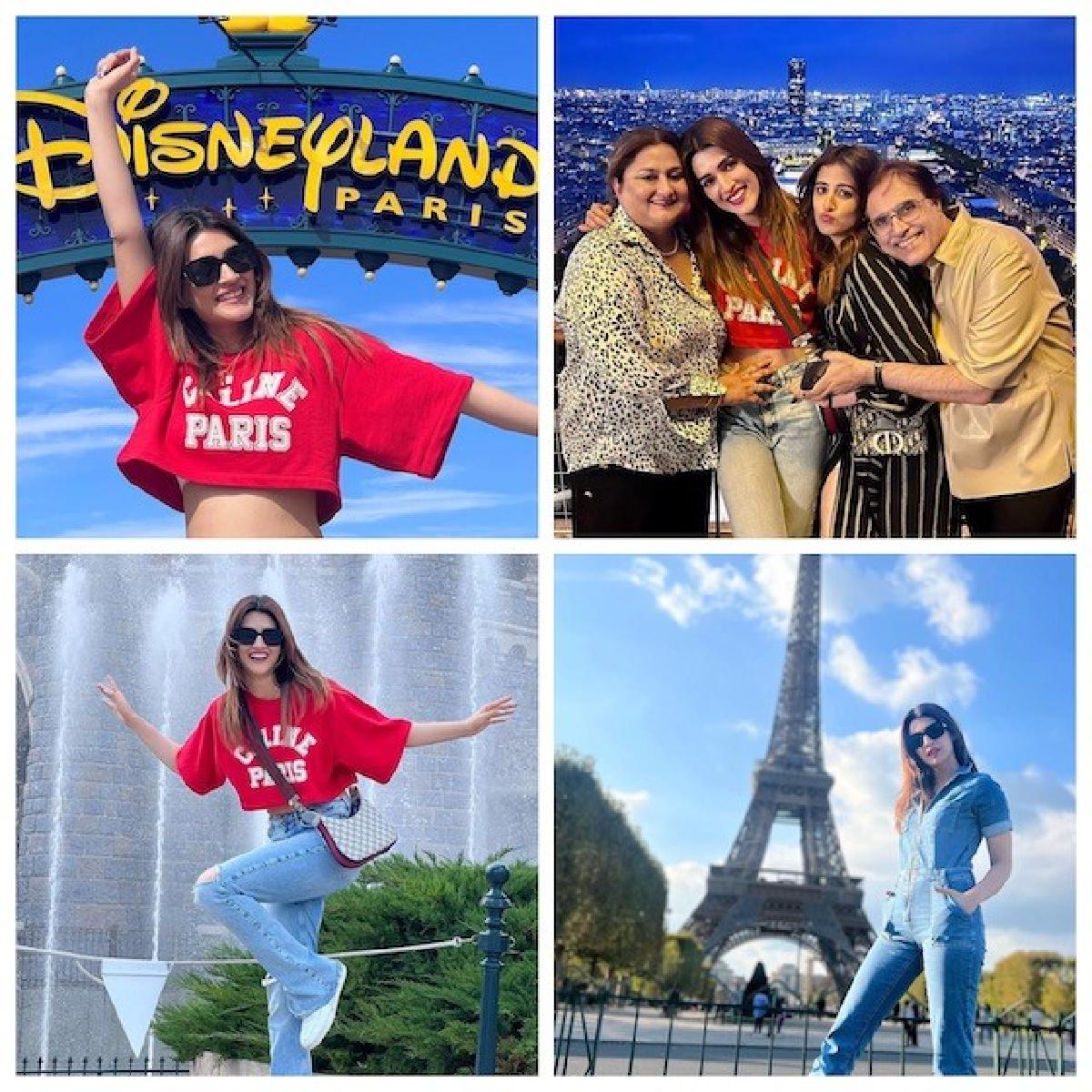 Actor Kriti Sanon is taking a much needed break from her work and enjoying her lovely holidays in Paris with her entire family, including sister Nupur Sanon.

Sharing a series of adorable and fun pictures on her social media profile, Kriti captioned it, “Bonjour #FranceDiaries”

The actress can be seen posing in front of the Eiffel Tower in a denim jumpsuit. In another picture, Kriti could be seen hugging her family members on a rooftop. In the end, she shared a couple of pictures featuring her father and her mother.

Meanwhile on the work front, Kriti Sanon was last seen in Bachchhan Paandey with Akshay Kumar, the movie failed to impress the audience was decarled box-office failure. Next, she will soon be seen in series of releases, such as Bhediya, Ganapath, Adipurush and Shehzada.

Horror comedy film 'Bhediya' alongside Varun Dhawan, helmed by Amar Kaushik and produced by Dinesh Vijan, it is the third instalment in Vijan's horror-comedy universe, scheduled to release on 25 November 2022.