Life Has Come Full Circle For Me Says Ranveer Singh 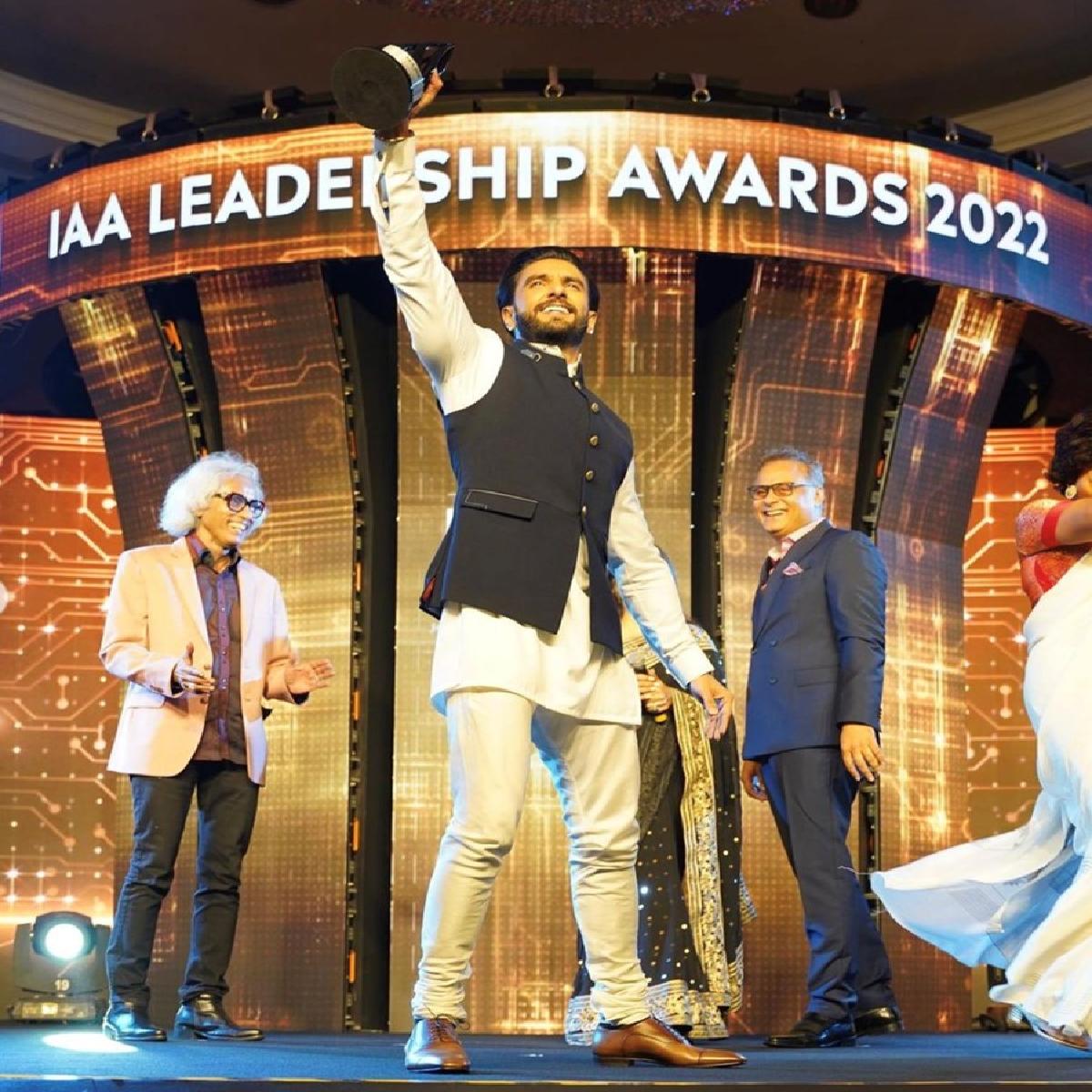 After creating shock-waves with his revealing photoshoot recently, actor Ranveer Singh pens a heartfelt note as he bags the prestigious IAA Award for Brand Endorser Of The Year.

From acting in movies to endorsing brands, Ranveer Singh has created a brand for himself, from hit block-busters to being a popular face for brands and initiative, he is a force to reckon with. And now he has bagged Brand Endorser Of The Year Award.

Sharing pictures from the event and posing with the trophy, Ranveer Singh wrote, “From starting my professional journey as a copywriter in an advertising agency to now being honoured with the prestigious ‘Brand Endorser Of The Year’ award - life has come full circle!”

“Thank you to the International Advertising Association (IAA) for this recognition, immensely grateful! @iaaindia #IAALeadershipAwards” added dapper star. In addition to acting, Singh has hosted the television game show The Big Picture (2021–2022), and endorses several brands and products.

On the work front, Singh will next reteam with Rohit Shetty in the comedy Cirkus, in which he will play dual roles. He will star in Karan Johar's romantic comedy Rocky Aur Rani Ki Prem Kahani opposite Alia Bhatt. He has also committed to star in Shankar's Hindi-language remake of the 2005 film Anniyan.

Cirkus is produced by Rohit Shetty Picturez, T-Series and Reliance Entertainment. The film stars Ranveer Singh in a dual role alongside Pooja Hegde, Jacqueline Fernandez and Varun Sharma. It is officially adapted from Angoor (1982) which was based on Shakespeare's play The Comedy of Errors. It also features Deepika Padukone and Ajay Devgn in special appearances.