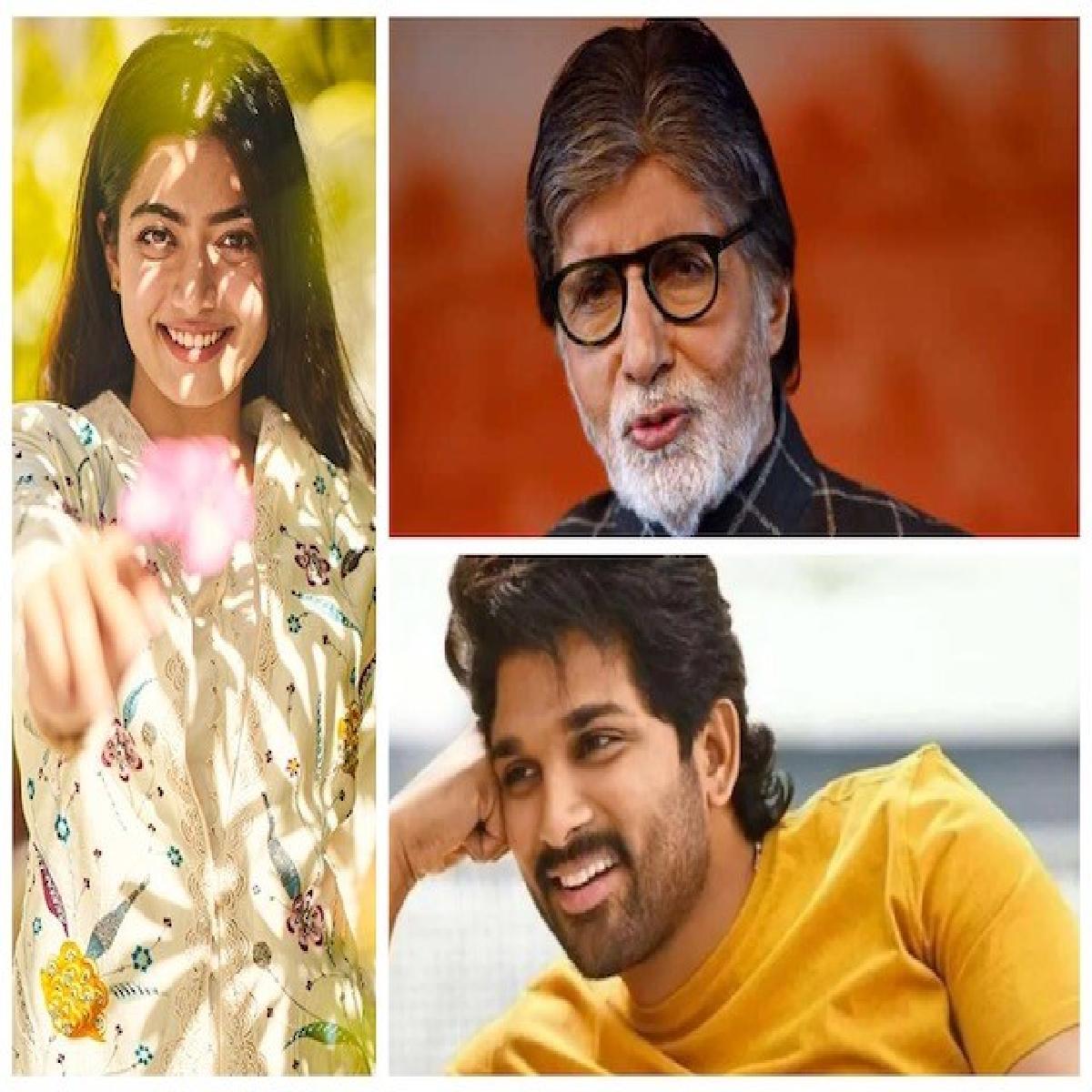 Fresh out of success of Pushpa, actress Rashmika Mandanna will be seen making her big Bollywood debut with Good Bye with Amitabh Bachchan, says she is living the dream.

Rashmika Mandanna was interacting with NewsHelpline during the trailer launch of Good Bye.

When asked about working with Allu Arjun in Pushpa and Amitabh Bachchan in Good Bye, the newbie actress Rashmika said, “I am living my dream of working with two icons of Indian cinema."

Talking about working with Big B and sharing her first encounter with veteran actor, Rashmika said, "we started shooting on my birthday and I met him for the first time then. I remember this day very clearly as I was waiting for him since I wanted to say hey. While I was standing in the corner, he crossed me and he went away"

"I wanted to introduce myself but of course, sir was busy thinking about the scene and what to do and not to do. But finally, I introduced myself and took a breath” added Rashmika.

Goodbye is written and directed by Vikas Bahl. Produced by Ekta Kapoor and Shobha Kapoor and co-produced by Bahl and Viraj Savant, the film stars Amitabh Bachchan and Rashmika Mandanna along with Neena Gupta, Sunil Grover, Pavail Gulati, Ashish Vidyarthi, Elli AvrRam, Sahil Mehta and Shivin Narang in supporting roles. It is scheduled for theatrical release on 7 October 2022.

Meanwhile, Rashmika will also be seen in 'Mission Majnu' alongside Sidharth Malhotra and in director Sandeep Reddy Vanga's next 'Animal' opposite Ranbir Kapoor and Pushpa 2.