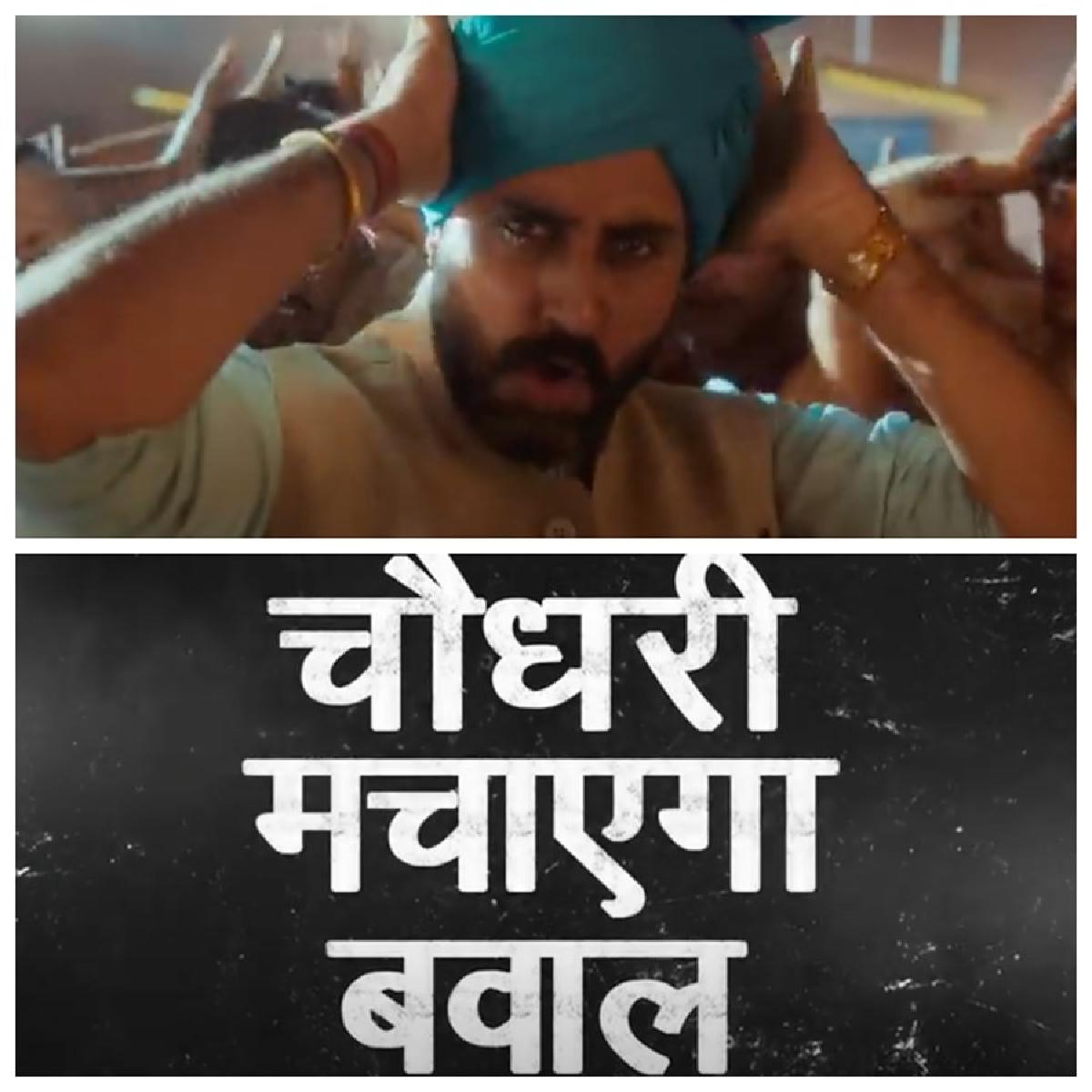 After an epic trailer, the makers of Dasvi, starring Abhishek Bachchan, Nimrat Kaur and Yami Gautam, are out with stellar first single, titled Macha Macha Re.

The funny and rap number is crooned by Mika Singh, Divya Kumar, Sachin-Jigar and Mellow D. It is written by Amitabh Bhattacharya and composed by dynamic duo Sachin-Jigar.

Though the song features Yami Gautam and Nimrat Kaur in passing glances, but the song is all about Abhishek Bachchan as wild politician Ganga Ram Chaudhary, dancing his way into school, jail and his constituency.

The slice of life film, also comes loaded with a dash of social message, education, which has been pretty consistent with Maddock Films, last few releases.

Abhishek as Ganga Ram Chaudhary is serving time in jail, while his wife, Nimrat as Bhimla Devi, takes over her husband’s duties as Chief Minister of Haryana.  Yami Gautam, who is the IPS officer in the film, gives Abhishek’s character a reality check, calls him illiterate. Offended by the treatment, Abhishek’s character decides to complete his 10th standard education from the jail.

Helmed by Tushar Jalota, and bankrolled by Dinesh Vijan and Bake My Cake Films, the film will be streaming on Jio Cinema and Netflix from 7th of April 2022.