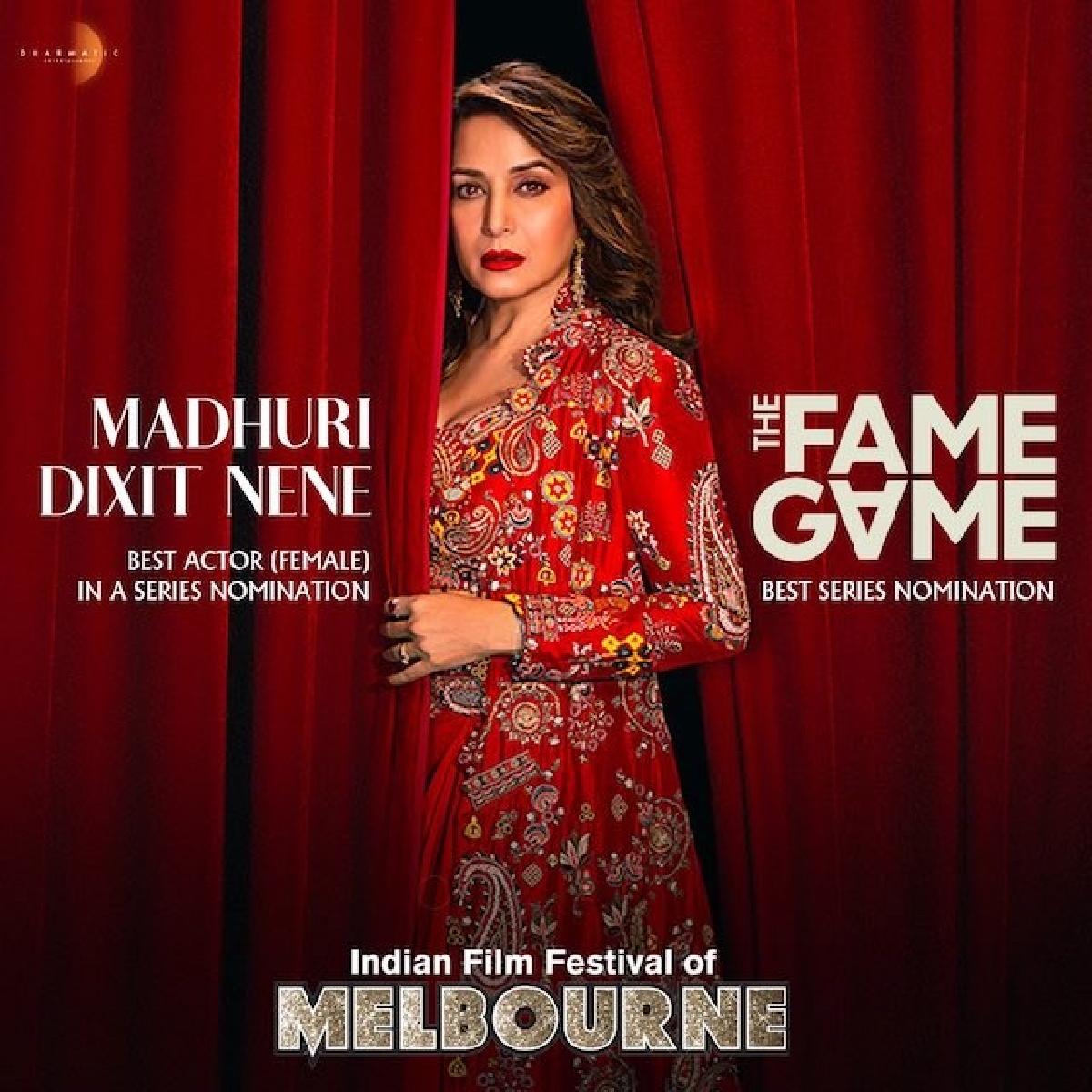 Veteran actress Madhuri Dixit Nene has been nominated for Best Actress in a Series and Best Series award at the prestigious Indian Film Festival Of Melbourne 2022.

Sharing the good news about the nomination, the official handle of Dharmatic wrote, “It’s no mystery where your love is taking The Fame Game! Congratulations to the team of #TheFameGame on getting nominated for the Best Series & to our leading lady @MadhuriDixit for Best Actress in a Series at the #IndianFilmFestivalOfMelbourne2022!

The series revolves around a Bollywood actress named Anamika Anand who suddenly goes missing one day. Produced by Karan Johar and Somen Mishra under the banner Dharmatic Entertainment.

The series even had a promotional song, Dupatta Mera, which went viral. It featured Varun Dhawan, Siddharth Malhotra, Ishaan Khatter, Riteish Deshmukh, Jackie Shroff and Johnny Lever, along with Madhuri.

The series was announced with the title Finding Anamika, but the show was eventually renamed as The Fame Game.