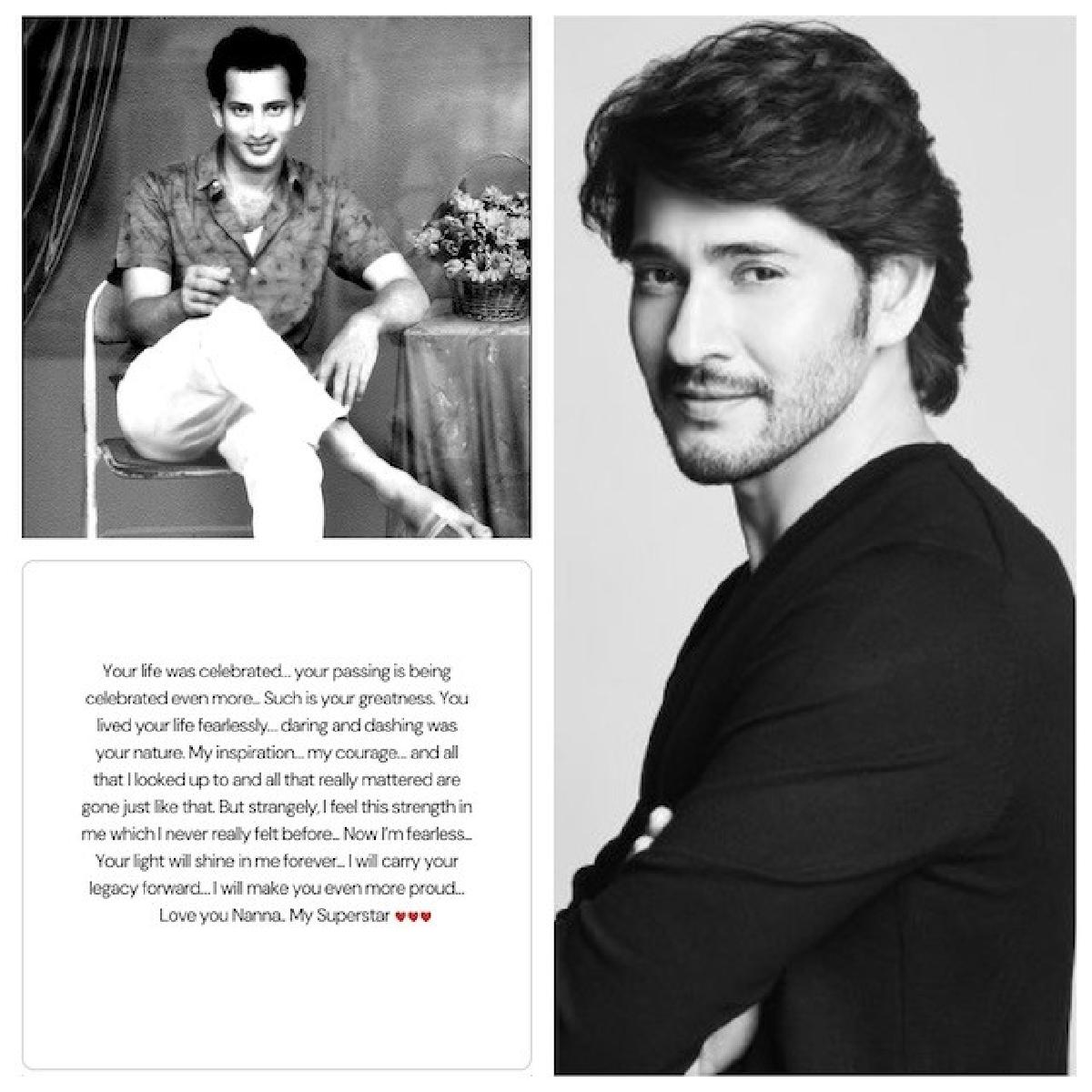 Veteran actor Krishna passed away on Tuesday, November 15. He passed away at the age of 79 in Hyderabad. He breathed his last in the Continental Hospitals. He was admitted to the hospital after suffering a cardiac arrest.

This year has been tough for actor Mahesh Babu, as he has lost his mother, brother and now father, all within a span for 10 months.

Sharing a monochromatic picture of his father on social media, Mahesh Babu shared, “Your life was celebrated…your passing is being celebrated even more...Such is your greatness. You lived your life fearlessly…daring and dashing was your nature”

“My inspiration…my courage…and all that I looked up to and all that really mattered are gone just like that. But strangely, I feel this strength in me which I never really felt before...Now I’m fearless...Your light will shine in me forever...I will carry your legacy forward…I will make you even more proud…Love you Nanna.. My Superstar” added Mahesh.

Meanwhile on the work front, Babu has two upcoming films in various stages production. Babu is set to re-unite with Trivikram Srinivas for their third collaboration. He is also committed to star in S. S. Rajamouli's untitled film which is expected to begin its production in 2023. The film is touted to be a jungle adventure set in Africa.