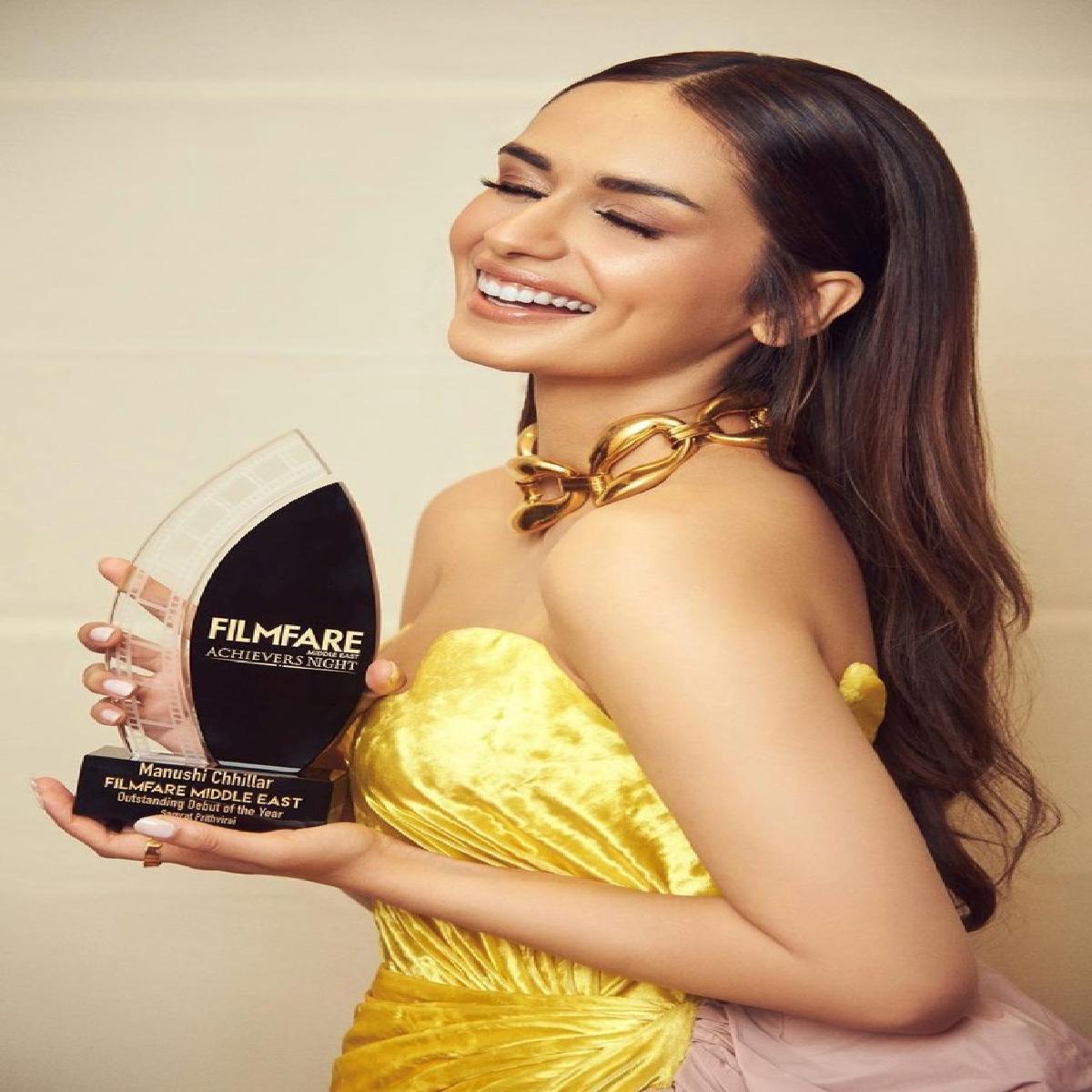 Manushi Chhillar has bagged Filmfare Middle East award for outstanding Debut of the year. She played the role of Sanyogita.

Sharing a picture of herself on social media, Manushi is seen posing with her trophy. She wrote, “Debut films are special but winning awards for your debut film is an even more special feeling”

“Thank you @filmfareme for validating my effort as an actor in #SamratPrithviraj and for honouring me with the ‘Outstanding Debut of the Year’ award! Promise to work harder in every film that I do and try and win all the love that I can get from here on…” added Manushi.

Next, Manushi will be seen in Tehran, along with John Abraham.

Chhillar signed a three-film deal contract with Yash Raj Films, and her second film is titled The Great Indian Family, a comedy film backed again by the banner and directed by Vijay Krishna Acharya, where she would work opposite Vicky Kaushal.