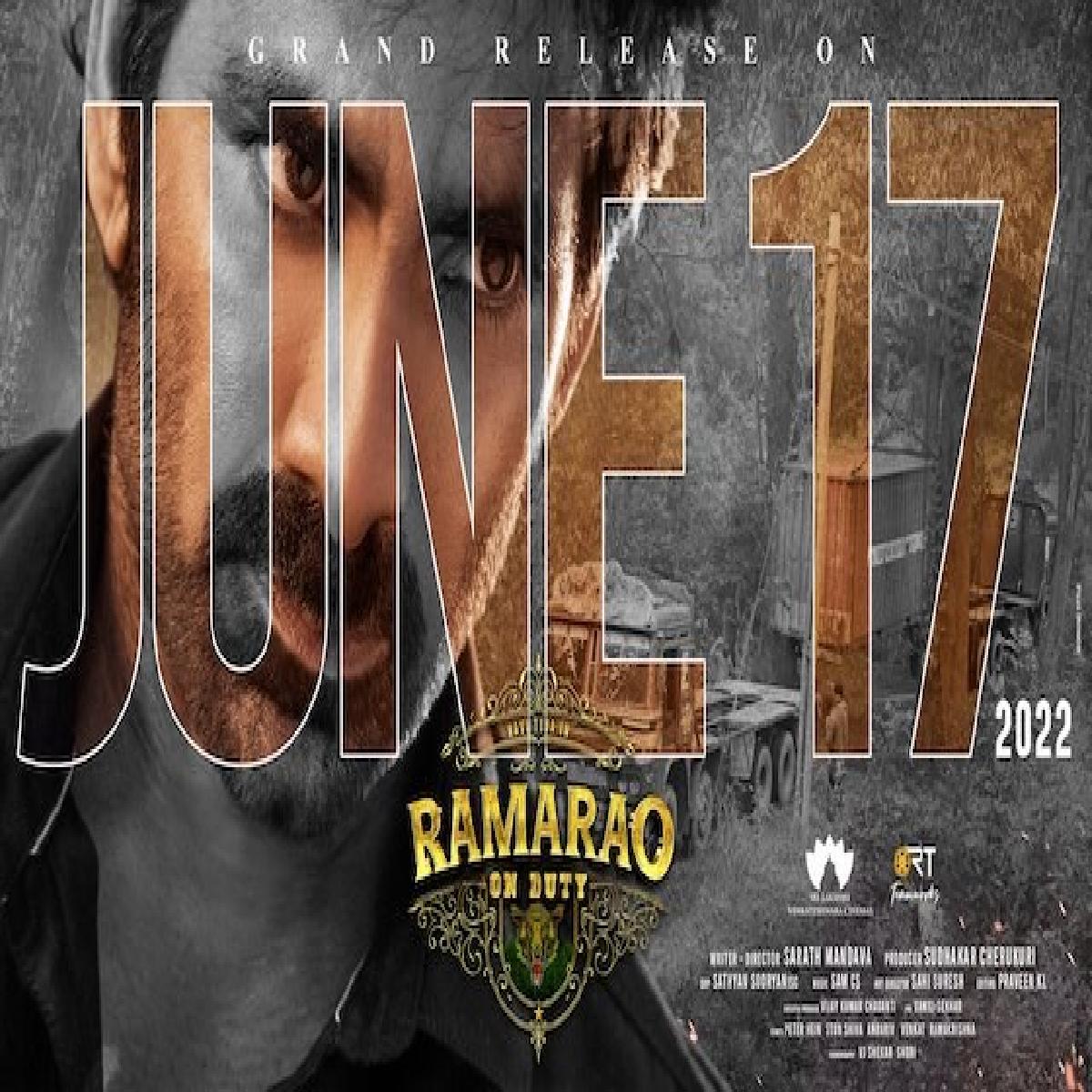 Ramarao on Duty stars Mass Maharaja Ravi Teja is playing the lead role. It is all about the story of an honest civil servant, who takes on corrupt men in power to help good people in poverty.

The film also stars Divyasha Kaushik and Rajisha Vijaya as the leading ladies. Rajisha Vijayan is one of the top actresses in Malayalam and Tamil film industries, the film will mark her debut in the Telugu film industry. She is best known for the movies Georgettan’s Pooram, Stand Up, Anuraga Karikkin Vellam,  June, Love and Karnan.

Helmed by Sarath Mandava and bankrolled by Sudhakar Cherukuri under the banner of SLV Cinemas LLP banner in association with  RT Team works, whereas the action drama has music by Sam CS.