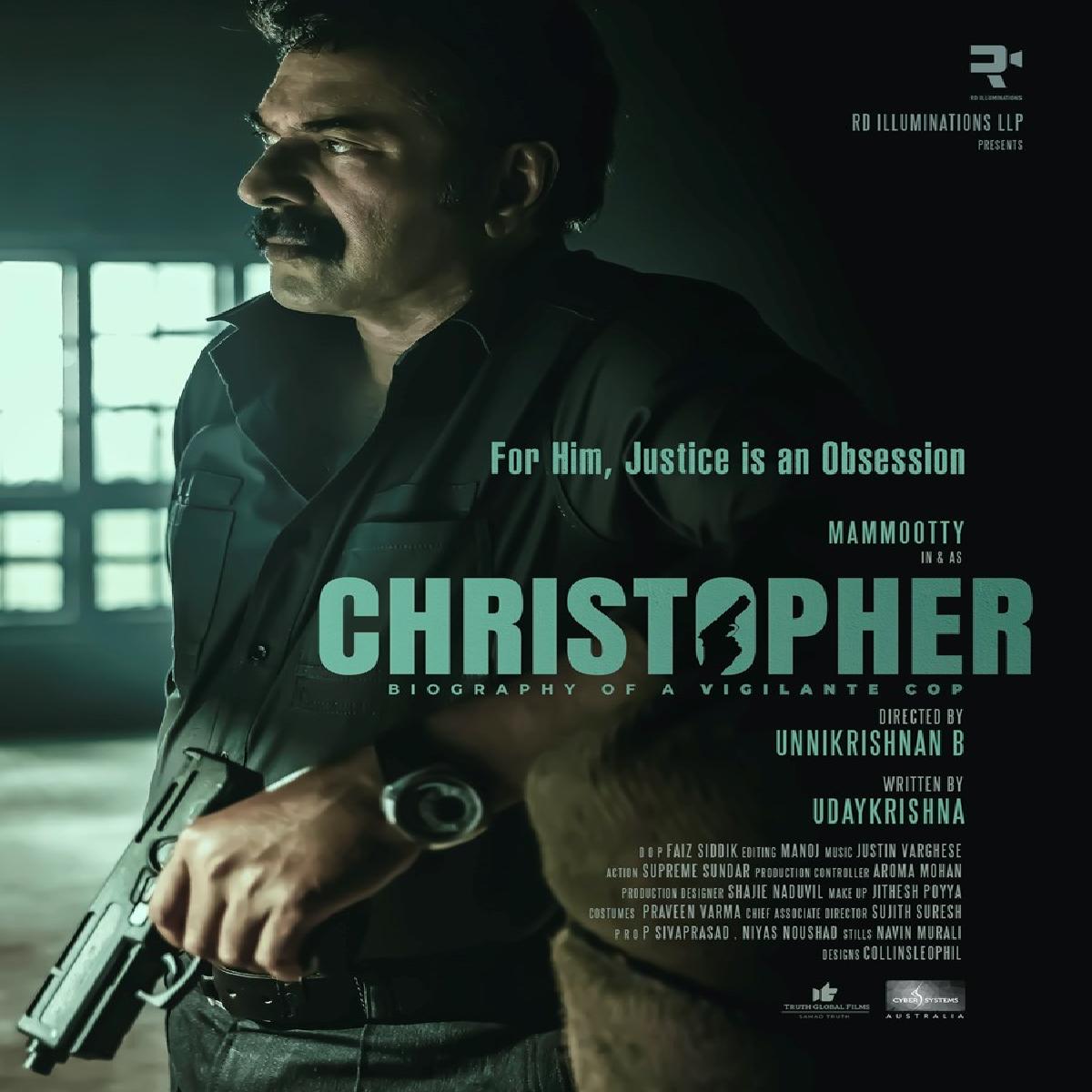 Veteran actor Mammootty unveils the first look poster for his next action thriller titled Christopher, helmed by B Unnikrishnan.

Sharing the poster on his social media profile, Mammootty captioned his post, “#Christopher”

On the poster, the tagline read, “For him, Justice is the obsession…Biography of a vigilante cop”

The film is produced by RD Illuminations. The cinematography is by Faiz Siddique, who directed 'Operation Jawa' in the past, and the music is being composed by Justin Varghese.

Agent is a spy thriller directed by Surender Reddy from a story written by Vakkantham Vamsi. Produced by AK Entertainments and Surender 2 Cinema.