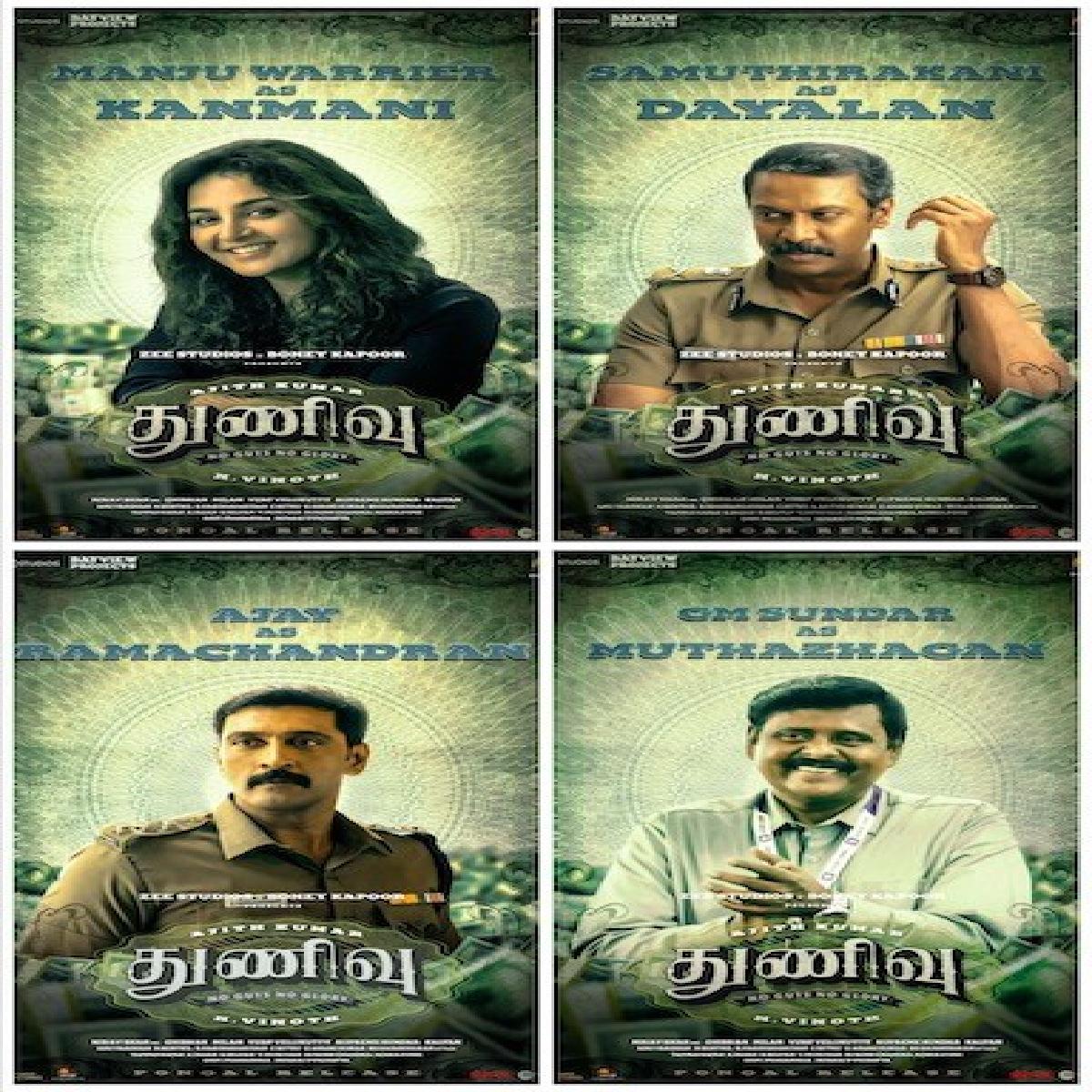 Ahead of its trailer launch today, the makers of Ajith Kumar starrer Thunivu unveils four more character reveals, the leading lady of action thriller, Manju Warrier will be seen playing Kanmani, while actor Samuthirankani will play Dayalan, actor Ajay as Ramachandran and CM Sundar as Muthazhagan.

Thunivu is said to be inspired by a real-life crime. However, the makers haven’t revealed any details of the plot yet. It’s said to revolve around a bank robbery.

It is scheduled to release theatrically on 12 January 2023, in the week of Pongal.

Click here for more: John Kokken As Krish, Veera as Radha In Thunivu