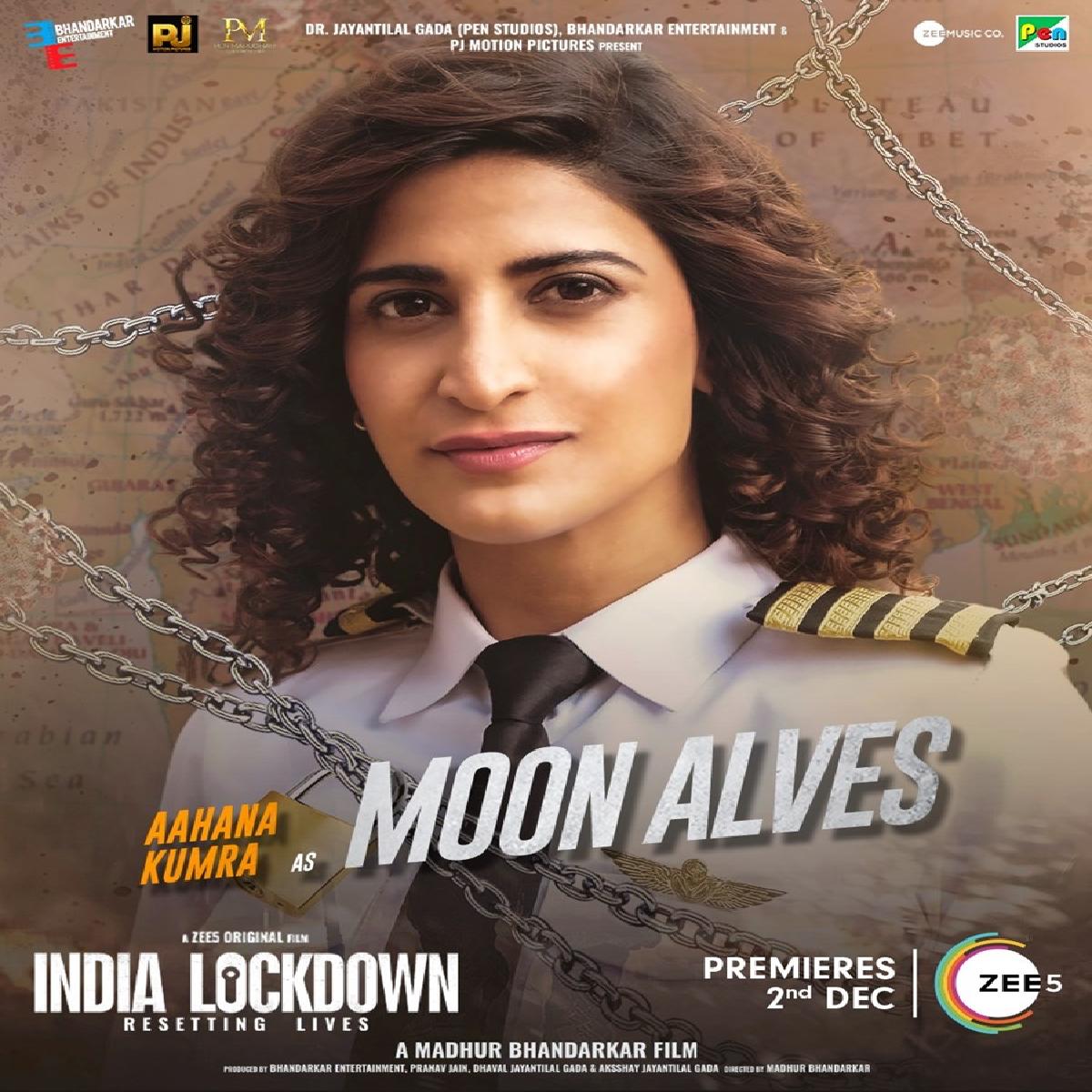 Ahead of its digital premiere, India Lockdown will have its premiere at IFFI Goa, and now the makers of the film drops a stunning character poster for Aahana Kumra, she will be playing the role of a pilot named Moon Alves.

Aahana Kumra will be seen playing the role of a married women, who happens to be a pilot, but during the lockdown, as all the airports were shut, she is at home and takes to drinking.

India Lockdown' will have its world premiere at the upcoming International Film Festival of India (IFFI). The 53rd edition of the festival is scheduled to take place from November 20 to 28 in Panaji, Goa.

Directed by Madhur Bhandarkar, the film is inspired by true events. It will depict four parallel stories and the repercussions of the Covid-19 pandemic on the people of India.