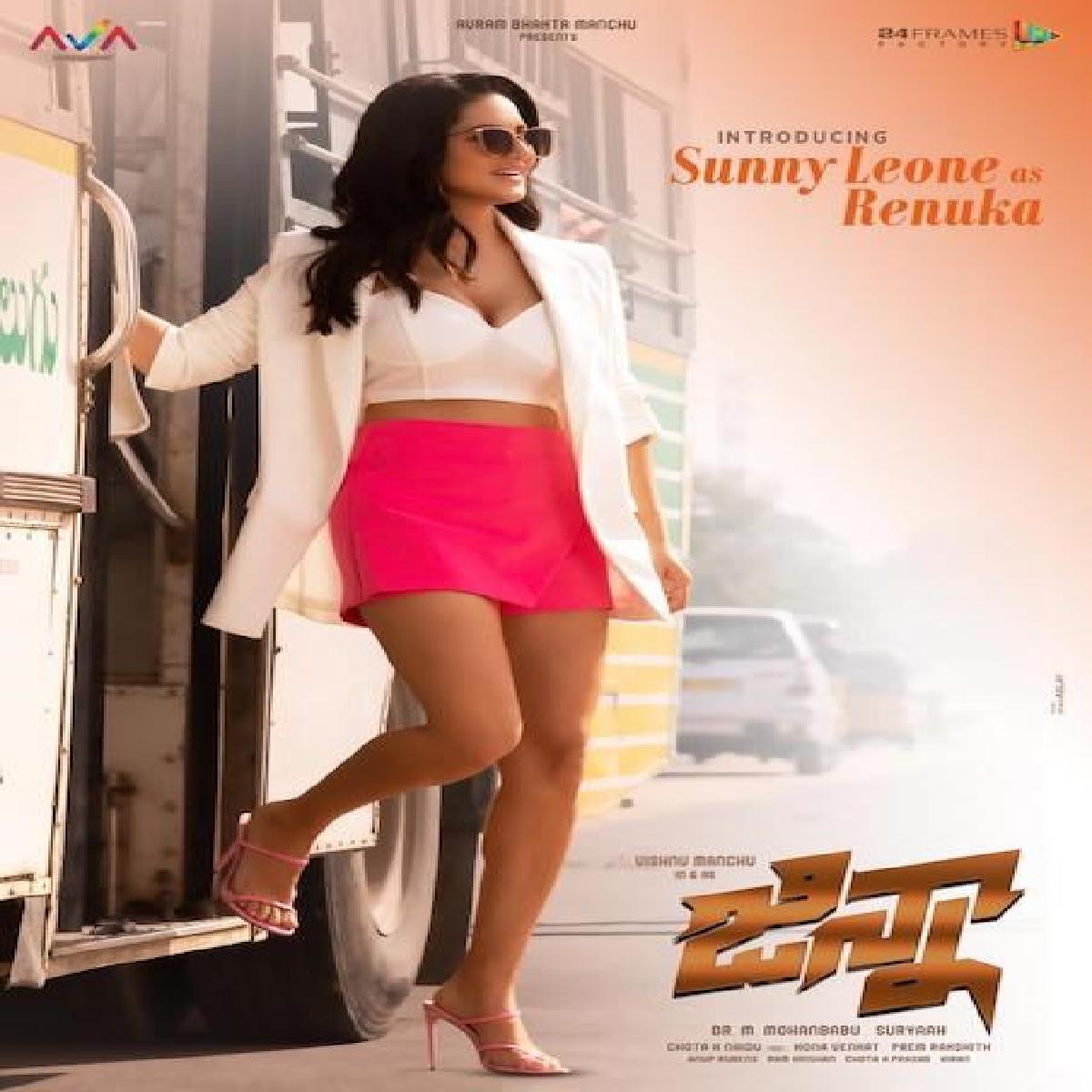 #Ginna's childhood buddy but that doesn't mean I won't turn his life upside down!! It's going to be a crazy journey full of unexpected twists and turns  #SunnyLeone #GinnaRenuka @iVishnuManchu” Helmed by Suryaah, the film also stars Vishnu Manchu, Payal Rajput, Vennela Kishore, and Raghu Babu in the lead roles.

The film is set on the backdrop of a small town, this story is about four childhood friends lead by Ginna who runs a tent house for his livelihood, which has a paradox of its own. Whenever his tents are used for a wedding, the wedding gets stalled. With the loss of business and roadblocks caused by his uncle, Ginna eventually defaults on his loan payment to a loan shark.

To overcome his hardships he takes advantage of his childhood friend Renuka, who returns to town after many years from USA, soon strange things begin to emerge. Ginna goes in search of Renuka's scary past and what reality has transpired from the unfair game and how he reaches his goal will form the crux of the story.

The script and screenplay are written by Kona Venkat, from a story by G Nagaeshwar Reddy and produced by Mohan Babu under the banner of AVA Entertainment and 24 Frames Factory presented by Avram Bhakta Manchu. The film score is composed by Anup Rubens.