Meet Rooh Baba And His Gang From Bhool Bhulaiyaa 2 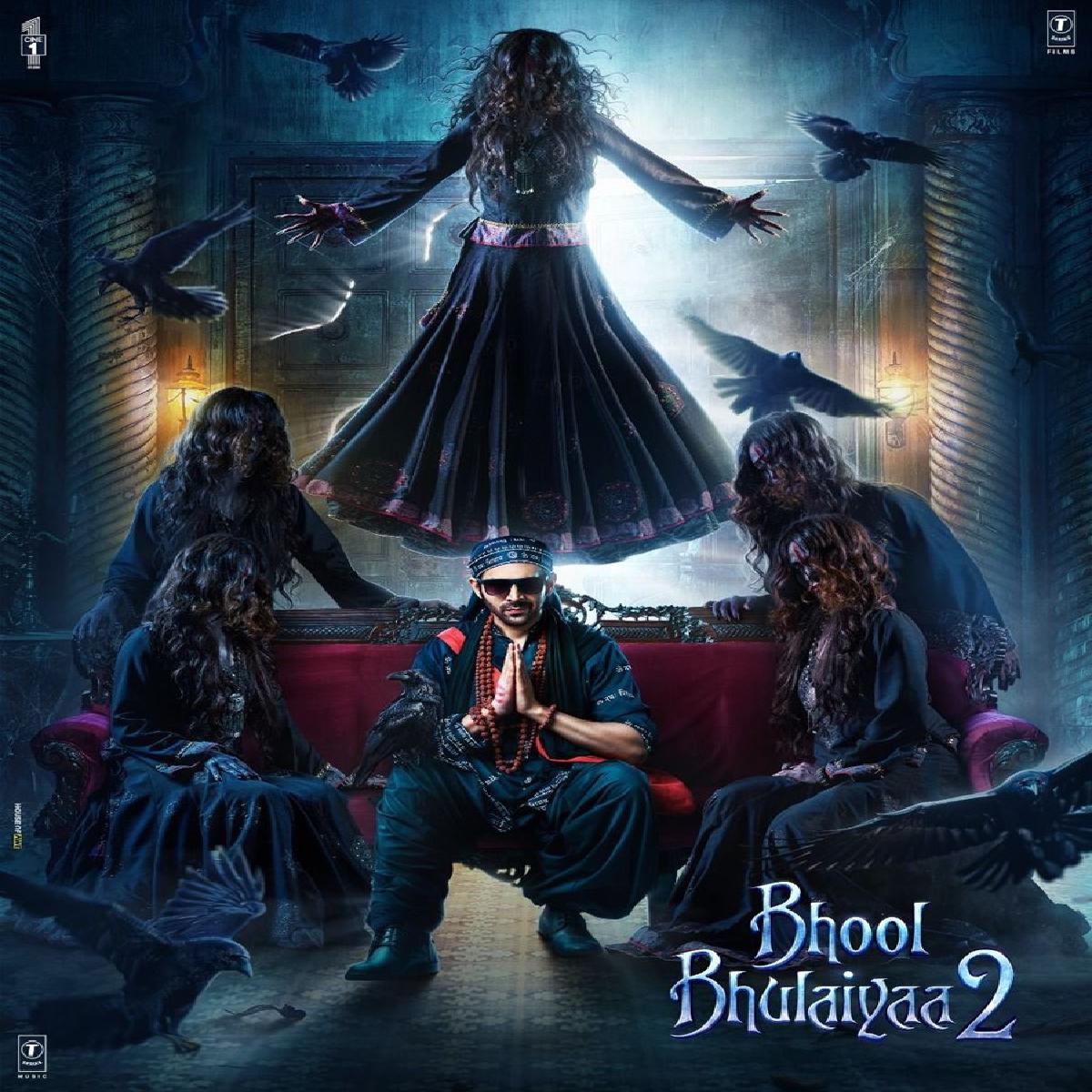 Taking the excitement and curiosity a notch higher for the second instalment in Bhool Bhulaiyaa franchise, actor Kartik Aaryan treated his fans with a new spooky poster of his upcoming horror-comedy drama 'BB2'.

Taking to his social media profile, Kartik shared the poster from the film that sees him sitting in the centre of a sofa surrounded by female spirits. His character name in the film is Rooh Baba.

The film also stars Kiara Advani and Tabu, and their  character posters from the film were also unveiled earlier this week. The upcoming film will also have Rajpal reprising his role from the first instalment as Chhota Pandit.

Directed by Anees Bazmee and produced by Bhushan Kumar under the banner T-Series, the horror comedy-drama will hit theatres on May 20, 2022.