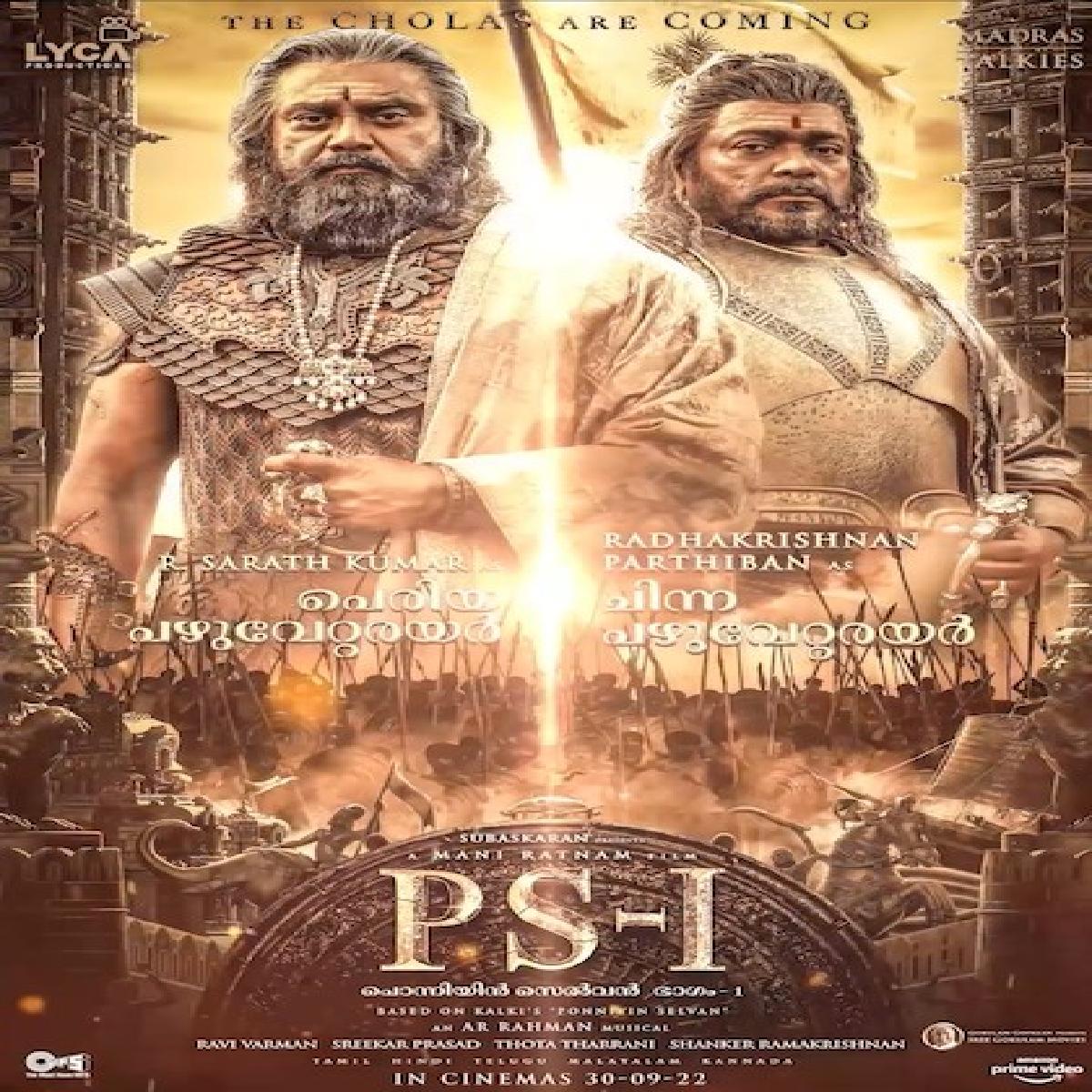 The makers of PS1 – Ponniyin Selvan unveils two new characters from the epic saga based on Chola Dynasty. The film will feature veteran actor Sarath Kumar as Periya Pazhuvettarayar and Parthiban as Chinna Pazhuvettaraiyar.

According to history, Periya Pazhuvettaraiyar played by R. Sarathkumar was the chancellor and treasurer of the Chola kingdom from the Paluvettaraiyar clan who was respected for his valour and 64 scars he got in battles. And R. Parthiban as Chinna Pazhuvettaraiyar, the chief in-charge of Thanjavur fort.

Helmed by Mani Ratnam, and co-written by Elango Kumaravel and B. Jeyamohan, the film is bankrolled by Madras Talkies and Lyca Productions, it is the first of two cinematic parts based on Kalki Krishnamurthy's 1955 novel Ponniyin Selvan.

The music is composed by A. R. Rahman, with cinematography handled by Ravi Varman, editing done by A. Sreekar Prasad and production design by Thota Tharani. The first part, PS-I is scheduled to be have a worldwide theatrical release on 30 September 2022 in both standard and IMAX format.