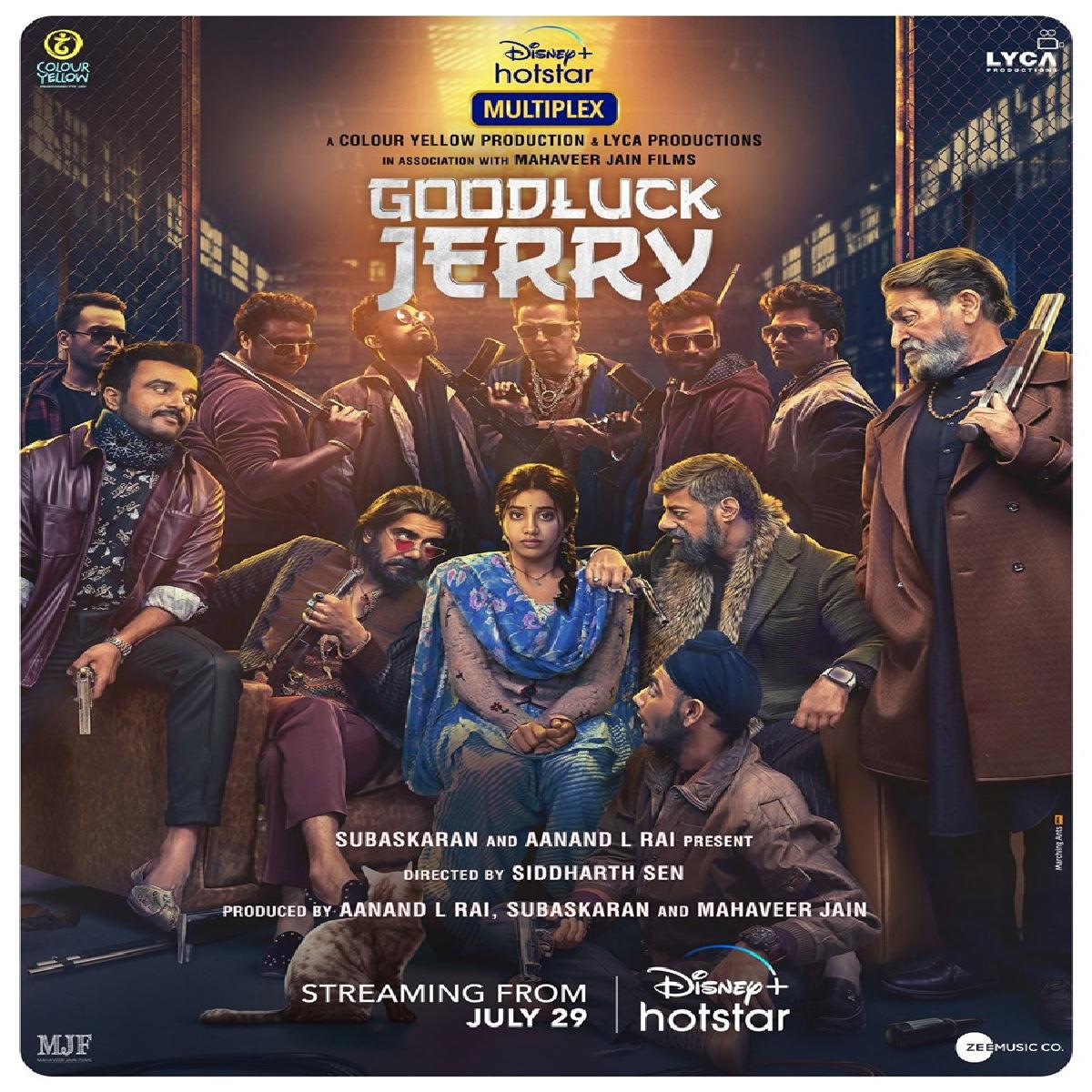 The makers of Good Luck Jerry unveils a brand new poster of the film and introduces the entire gang along with the streaming date of the movie.

Actress Janhvi Kapoor will feature in a new film titled Good Luck Jerry, which is backed by Colour Yellow Productions. The film is written by Pankaj Matta, is being directed by Sidharth Sengupta.

The film also stars Deepak Dobriyal, Meeta Vashishth, Neeraj Sood and Sushant Singh. The film is the Hindi adaptation of the 2018 Tamil film Kolamavu Kokila, which starred Nayanthara in the lead role. Janhvi will be seen reprising the role essayed by Nayanthara in the remake.

The film will start streaming on Disney Plus Hotstar from 29th July 2022.
Apart from Good Luck Jerry, actress Janhvi Kapoor also busy with Mili, Mr and Mrs Mahi and Bawaal.