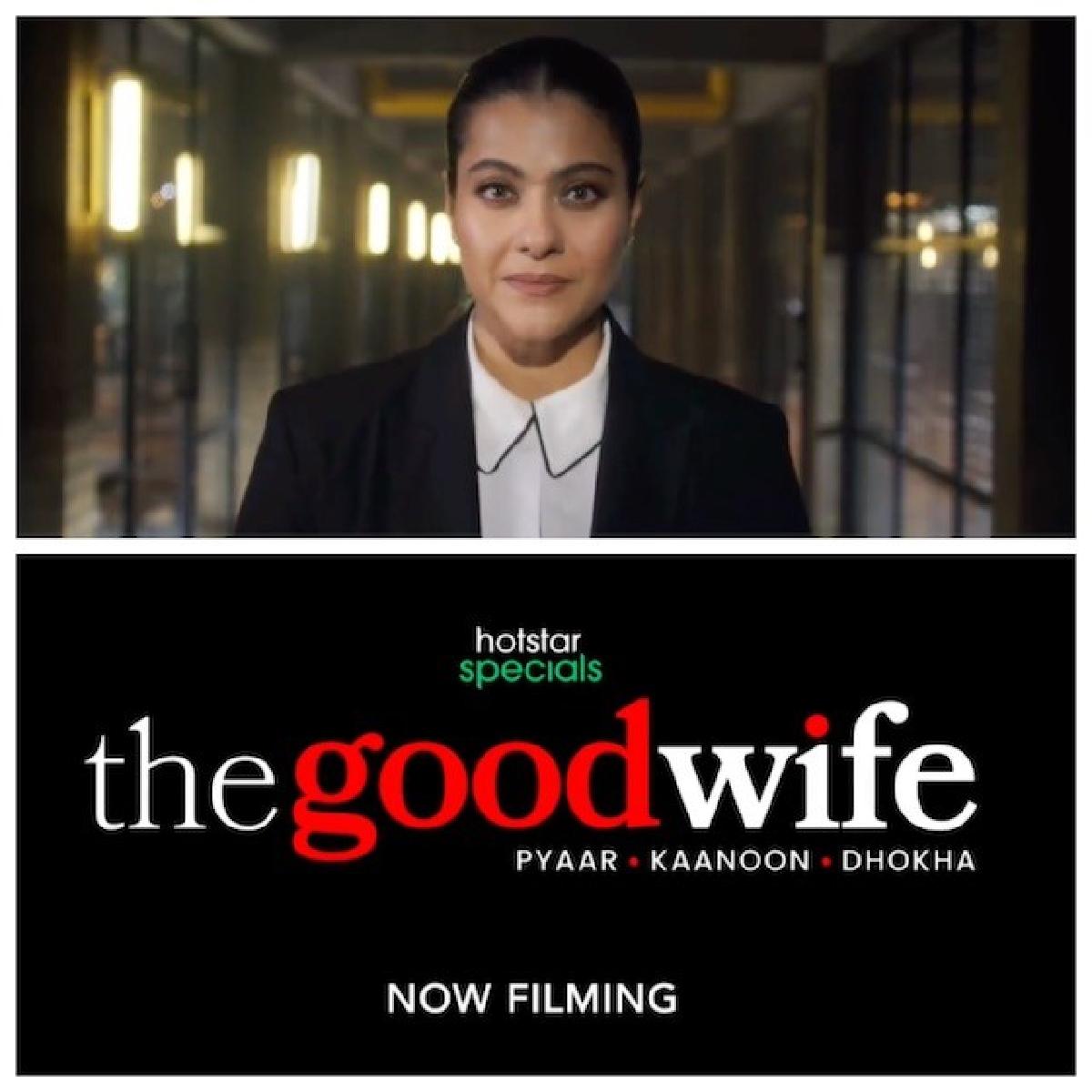 Actor Kajol drops the first look teaser for forthcoming series titled The Good Wife, the shooting for the same has started.

'The Good Wife' is an Indian adaptation of American courtroom drama 'The Good Wife' starred Julianna Margulies in the lead role and began airing in 2009. The show has seven seasons and it concluded in 2016.

Kajol will be seen playing the role of a housewife who goes back to working as a lawyer after her husband's scandal lands him in jail. Directed by Supan Verma and it will stream on Disney+Hotstar.On the work front, Kajol will be seen in 'Salaam Venky' alongside Aahana Kumra and Vishal Jethwa. The film is directed by Revathi.