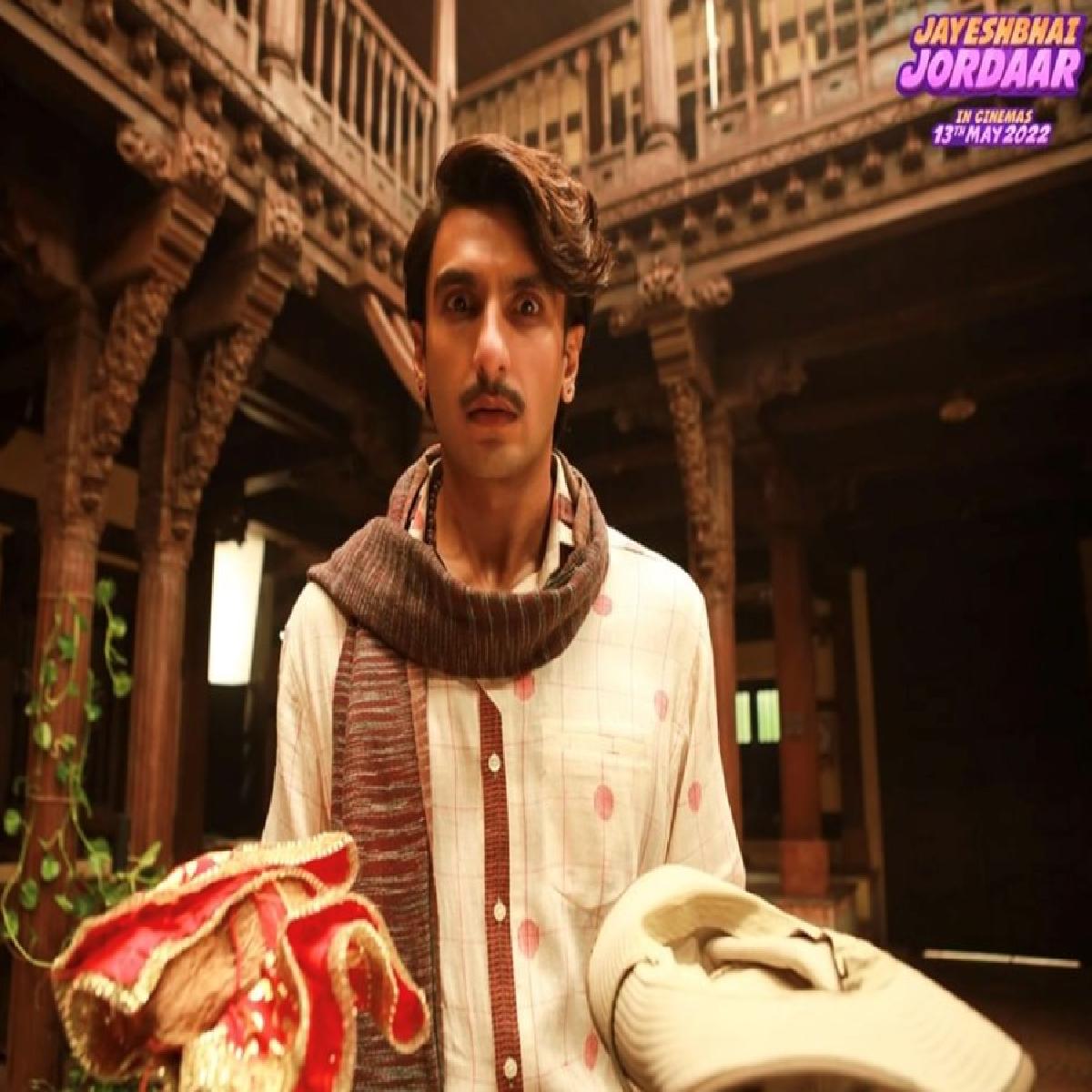 Jayeshbhai Jordaar is an upcoming social comedy-drama film written and directed by Divyang Thakkar and produced by Aditya Chopra and Maneesh Sharma under Yash Raj Films.

Sharing the still, the YRF handle captioned it, “A hero who is unlike any - Jayeshbhai Jordaar is coming! Celebrate #JayeshbhaiJordaar with #YRF50 only at a big screen near you on 13th May. @ranveersingh @shalzp #ManeeshSharma @divyangt  @jj_thefilm #JayeshbhaiJordaar13thMay”

The film stars Ranveer Singh as the titular Gujarati man who believes in equal rights between males and females in society. Shalini Pandey plays the female lead, with Boman Irani, Ratna Pathak Shah, and Deeksha Joshi in supporting roles.

The film was earlier slated for 2020 release, but got delayed due to the pandemic, The film is scheduled to be released theatrically on 13 May 2022.

Apart from social drama, Ranveer Singh has also wrapped the shoot for Cirkus, directed by Rohit Shetty and produced by Reliance Entertainment, T-Series, and Rohit Shetty Picturez. The film stars Ranveer Singh in a double role for the first time in his career, alongside Pooja Hegde and Jacqueline Fernandez.