Mehbooba From KGF Chapter 2 Is Out 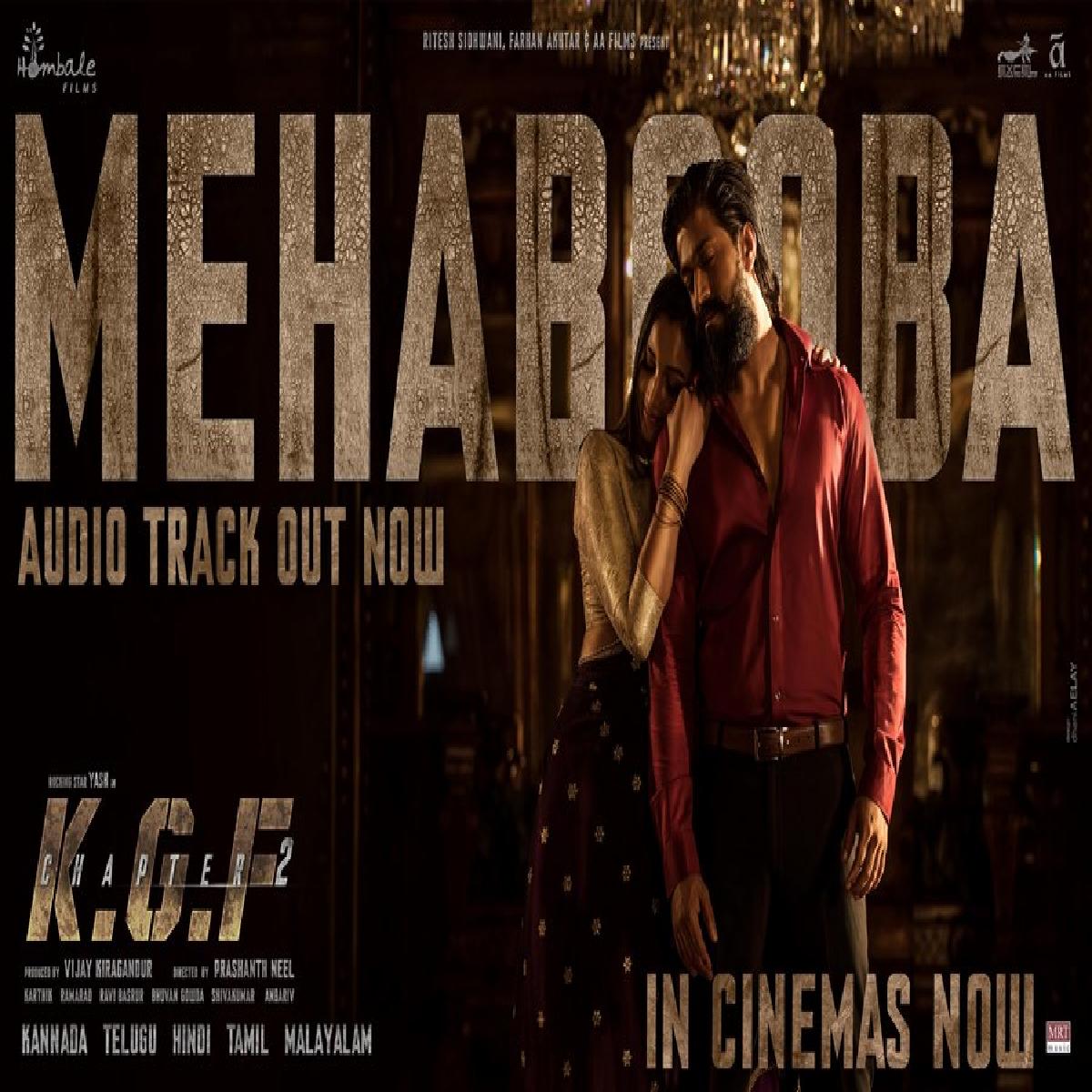 KGF Chapter 2 opened with a bang in cinema halls today and keep the audience momentum going, the makers of the film drops first ever romantic single from the film, titled Mehabooba.

Crooned by Ananya Bhat and composed by legend Ravi Basrur, the beautiful romantic track is penned by Shabbir Ahmad. The lyrical video for the song is out.

Epic period action drama written and directed by Prashanth Neel, and produced by Vijay Kiragandur under the banner Hombale Films. It is the second instalment in a two-part series, and sequel to the 2018 film K.G.F: Chapter 1.

The film stars Yash, Sanjay Dutt, Srinidhi Shetty, Raveena Tandon and Prakash Raj. It follows the assassin Rocky, who, after establishing himself as the kingpin of the Kolar Gold Fields, must retain his supremacy against adversaries and government officials, while also coming to terms with his past.

The film was theatrically released on 14 April 2022 in Kannada along with the dubbed versions of Telugu, Hindi, Tamil and Malayalam languages. It is also the first Kannada film to release in IMAX. It received mixed reviews from critics.