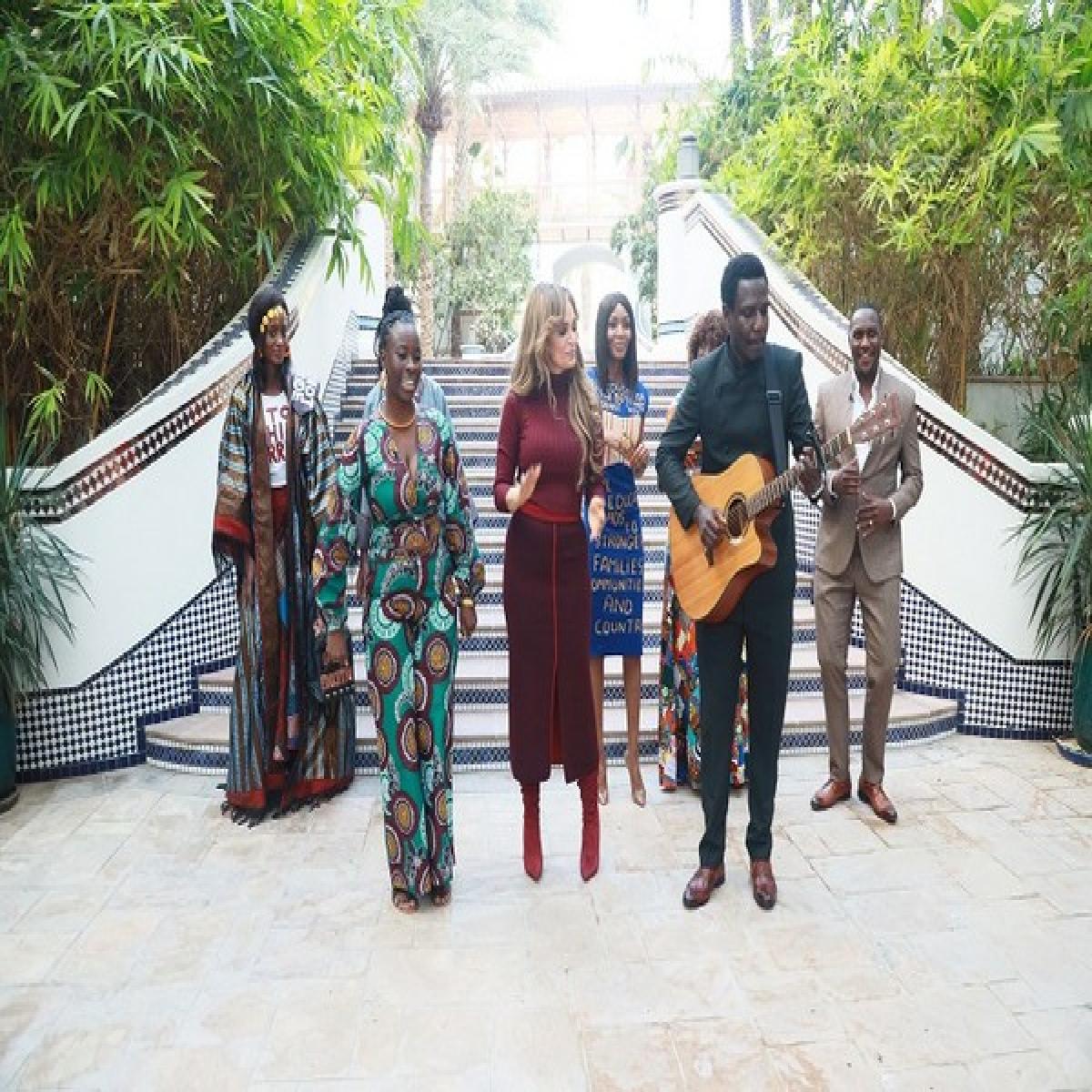 Merck Foundation, the philanthropic arm of Merck KGaA Germany releases two new songs named ‘Like Them’ by a Ugandan singer Kenneth Mugabi and ‘I am Not Anyone’s Bride, Take Me to School’ by Zambian Singer Wezi, to raise awareness about Ending Child Marriage and Supporting Girls’ Education, across Africa.

Speaking about the release of the new songs, Senator, Dr. Rasha Kelej CEO of Merck Foundation expressed, “I am very happy to share two beautiful songs ‘Like Them’ and ‘I am Not Anyone’s Bride, Take Me to School’. The songs have been launched under our ‘Educating Linda’ program, which is a part of “Merck Foundation More Than a Mother” Campaign. The songs have been created with the aim to sensitize our communities about the importance of ending child marriage and supporting girls’ education, which is very central to building stronger families and communities.”

In sub-Saharan Africa, a staggering 40 percent of girls marry before age 18. Girls who marry young are often denied a range of human rights: many must discontinue their education, face serious health risks from early and multiple pregnancies, and suffer sexual and domestic violence.

“I strongly believe that Girl Education is the best investment in global economy, when a girl is educated, she is better equipped to be financially independent. Girl Education can also help to put an end to Child Marriage as educated girls tend to marry late, make better decisions to fulfill their goals, and also they are able to take better care of their families,” Senator Rasha added.

Through ‘Educating Linda’ program in partnership with African First Ladies, Merck Foundation has provided scholarships and school items to thousands of young and brilliant girl students.

“These scholarships and grants cover school fees, school uniforms, and other essentials including notebooks, pens, and mathematical instruments, so these young girls can realize their potential and pursue their dreams,” explained Senator, Dr. Rasha Kelej.

Other than the “Educating Linda” program, Merck Foundation has also announced the MARS Awards to appreciate and recognize ‘Best African Women Researchers’ and 'Best Young African Researcher’. The aim is to empower women and young African researchers, advance their research capacity and promote their contribution to STEM (Science, Technology, Engineering and Mathematics).

Senator, Dr. Rasha Kelej further emphasized, “In partnership with the African First Ladies, we have been building healthcare capacity through providing training to healthcare providers in many medical specialties. Out of the total 1334 scholarships, more than 590 scholarships have been provided to female doctors in critical and underserved specialties. This is a great achievement for us.”

Merck Foundation has also released many other songs by popular African Artists to promote girls’ education in African communities. They have also launched inspiring children’s storybooks to emphasize on the importance of girls' education and also to highlight the immoral practices of society including child marriage and the dowry system, such as “Jackline’s Rescue”, “Ride into the Future” and “Educating Linda”.