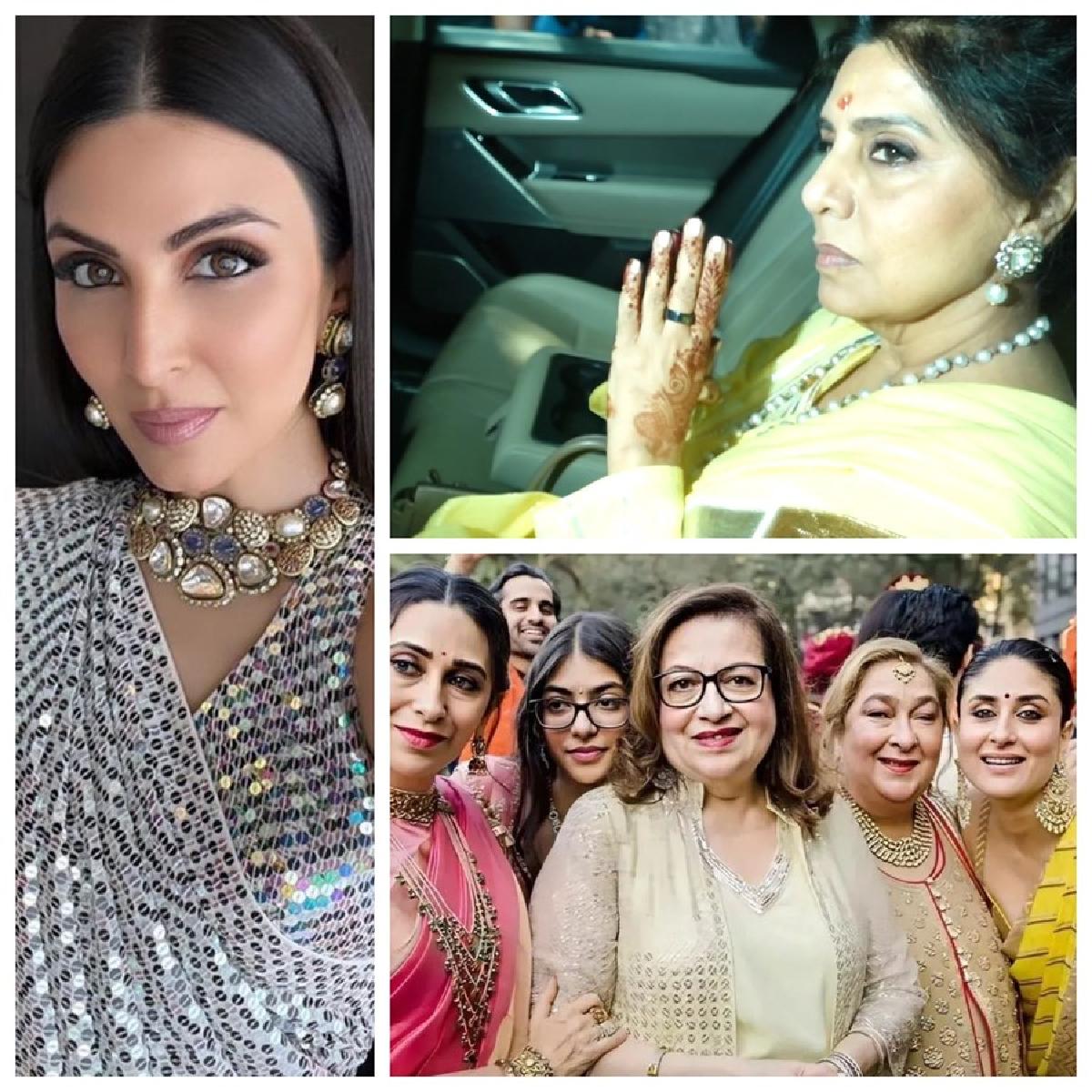 Neetu Kapoor and late actor Rishi Kapoor’s daughter Riddhima Kapoor Sahni flew all the way from American to attend her brother, Ranbir’s wedding to Alia Bhatt, just treated everyone with a picture before the wedding.

Riddhima Kapoor Sahni took to her social media handle and dropped a picture of herself, draped in a stunning saree my Manish Malhotra, and wrote, “Mere bhai ki shaadi wearing- @manishmalhotraworld @manishmalhotra05”

Earlier in the morning, as Ranbir Kapoor and Alia Bhatt's wedding is set to take place today at the groom's house in Mumbai, his mother Neetu Kapoor and sister Riddhima Kapoor Sahni were snapped entering the venue.

Alia's mother and sister, Soni Razdan and Shaheen Bhatt, were spotted entering Ranbir's Bandra residence for the Haldi festivities prior to the upcoming wedding ceremony.

Prior to the Mehendi ceremony, a pooja was also organised on Wednesday at Ranbir's residence in memory of his late father Rishi Kapoor, who passed away on April 30, 2020, after battling cancer.