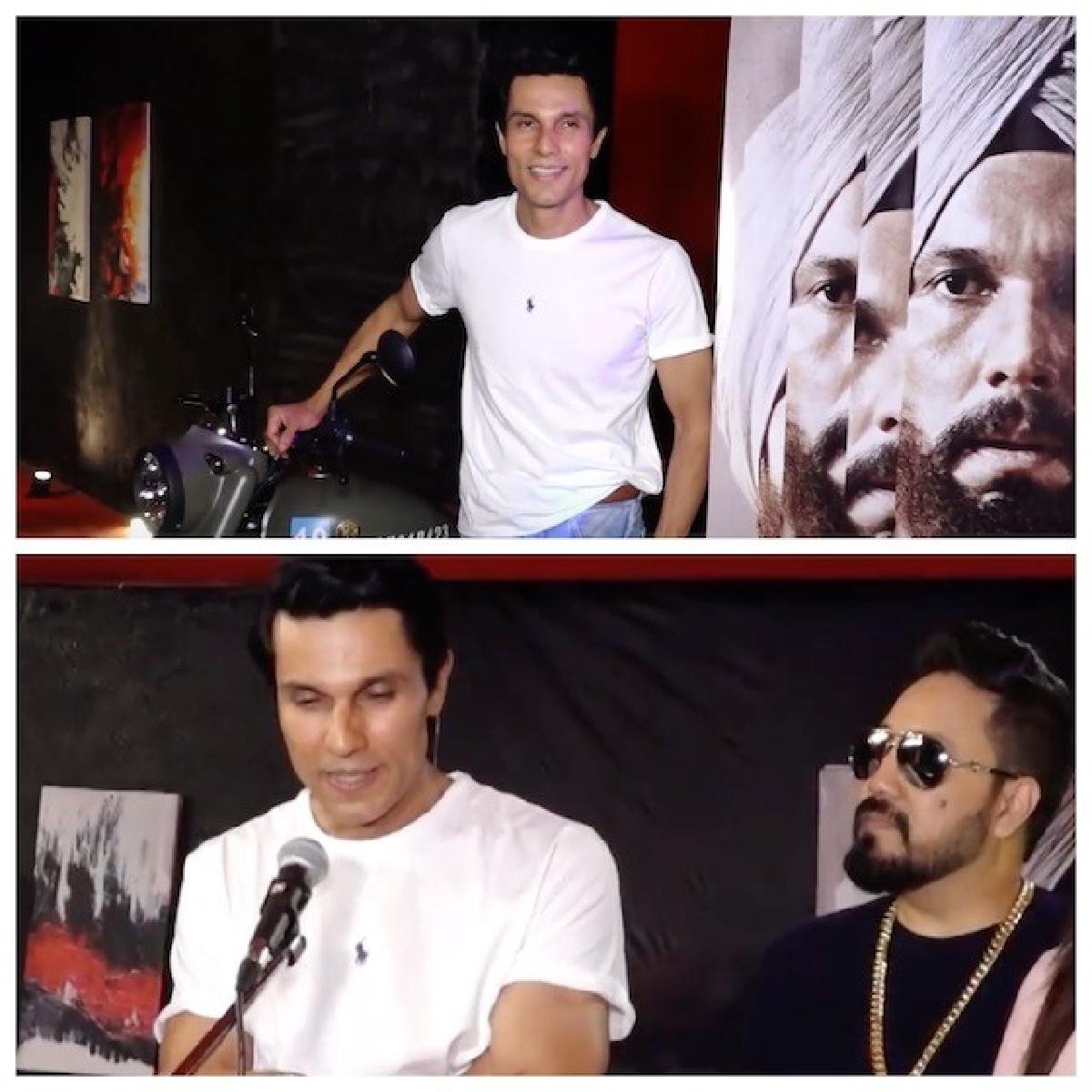 Punjabi singer Mika Singh is over the moon as first ever Punjabi series CAT, starring Randeep Hooda found instant success upon release on Netflix, and now the singer not only threw an epic celebration party last night in Mumbai, but gifted a bike to actor Randeep, to show his appreciation.

Mika Singh, floored by sublime performance of Randeep, hosted a party for the success of the web series, where the singer can be seen giving a special gift to his friend Randeep Hooda.

Mika Singh had gifted a swanky new bike, a royal Enfield,  to the actor for the success he is getting for his web series Cat.

Randeep Hooda starrer CAT, a powerful drama about revenge and relationships set against the backdrop of insurgency and the drug menace that has had Punjab in its grip for decades now.

Randeep’s Gurnaam plays a double agent in this eight-episode hardhitting drama that is directed by Balwinder Singh Janjua and also stars Suvinder Vicky and Hasleen Kaur as part of a large ensemble cast.

Randeep Hooda As CAT, Netflix Series Teaser Is Out: https://newsonfloor.com/article/detail/randeep-hooda-as-cat-netflix-series-teaser-is-out-1947.htm