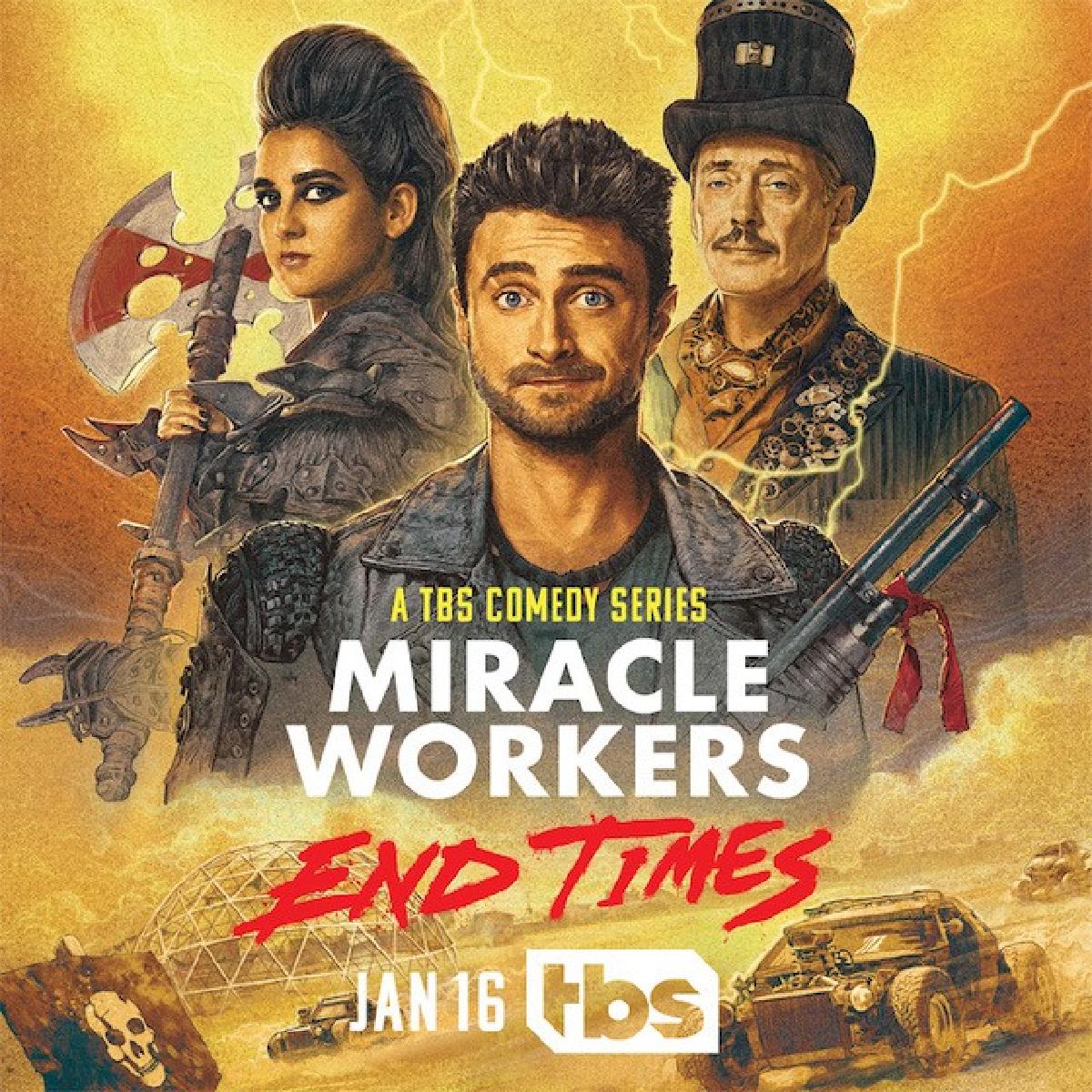 A gritty "end times" future, a wasteland warrior (Daniel Radcliffe) and a ruthless warlord (Geraldine Viswanathan) face the most dystopian nightmare of all settling down in the suburbs.

"Miracle Workers: End Times" follows a wasteland warrior (Radcliffe) and ruthless warlord (Viswanathan) as they face the most dystopian nightmare of all: settling down in the suburbs. Together they navigate the existential horrors of married life and small-town living, all under the dubious guidance of a wealthy junk trader (Buscemi).

Also starring Jon Bass as the couple’s faithful war dog, and Karan Soni as a kill-bot who loves to party.