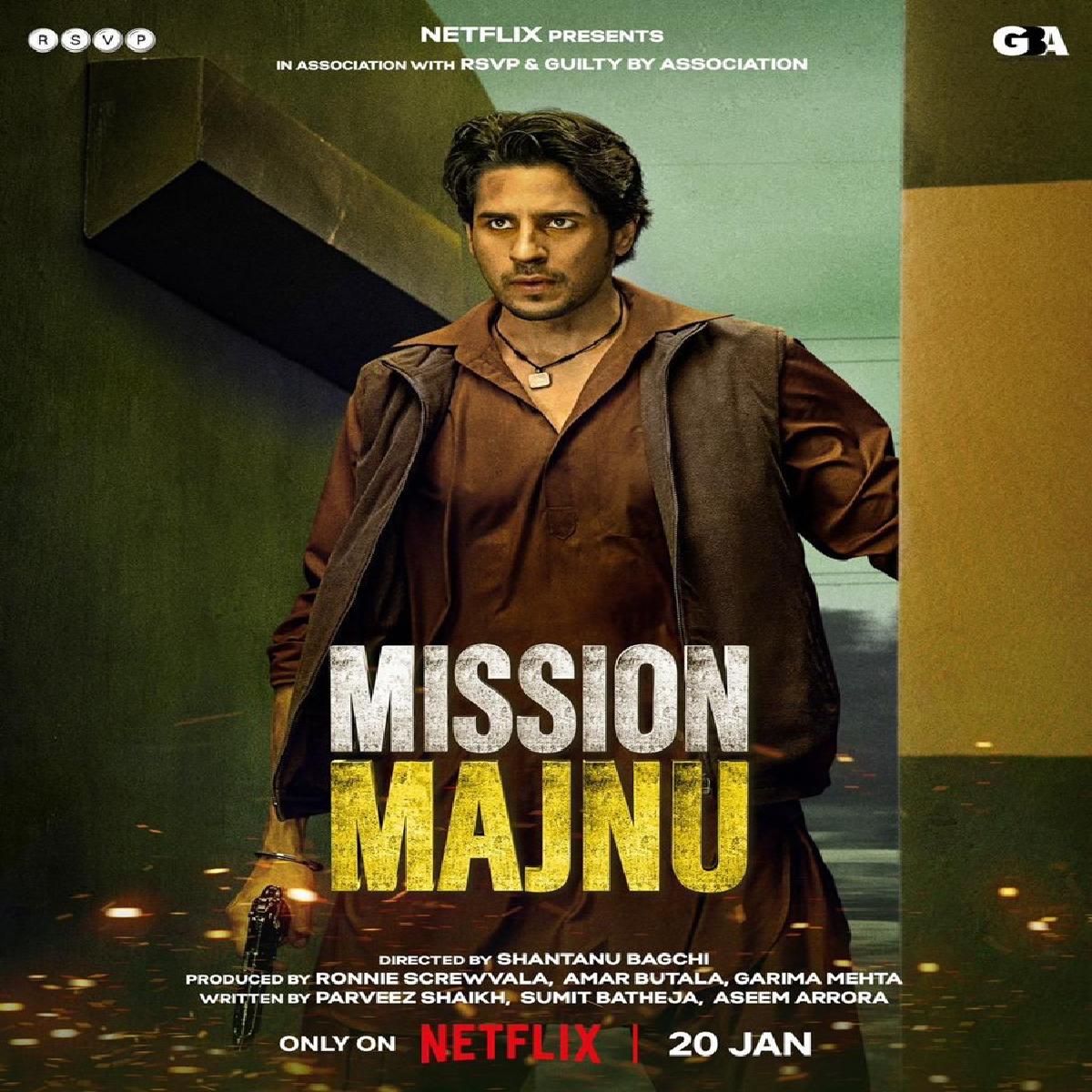 Helmed by Shantanu Bagchi and produced by Ronnie Screwvala, Amar Butala and Garima Mehta, the film is described as the untold story of India's greatest covert operation.

Apart from Mission Majnu, actor Sidharth Malhotra is currently shooting for Dharma Productions's Yodha. He will also star in Indian Police Force, a web series directed by Rohit Shetty, which will stream on Amazon Prime Video.

Yodha is helmed by Sagar Ambre and Pushkar Ojha and produced by Karan Johar under the banner of Dharma Productions. The film also stars Disha Patani and Raashii Khanna.