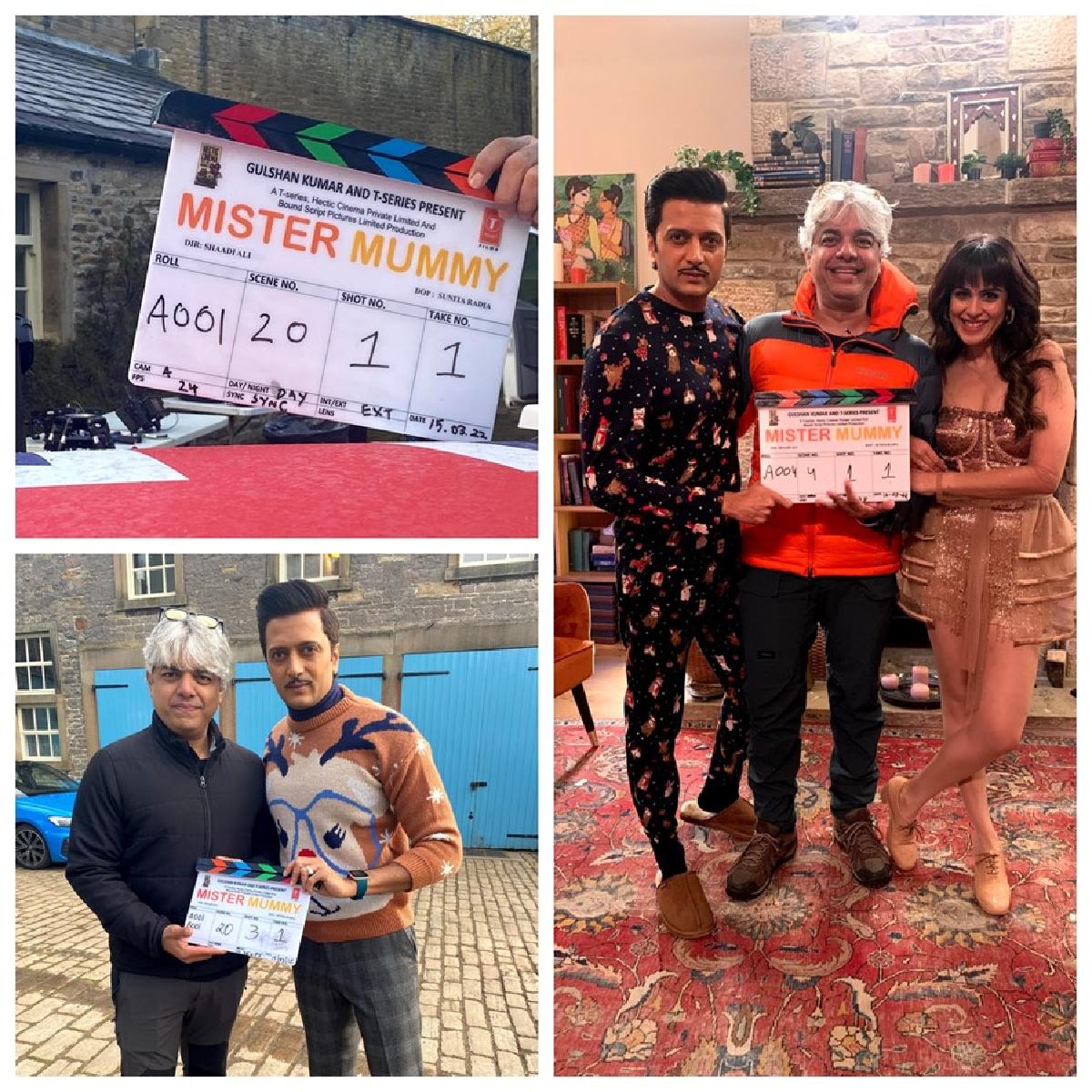 Actor Riteish Deshmukh announced his next movie last month titled Mister Mummy along with wife Genelia Deshmukh. And now the film has finally gone on floors in England.

The comedy-drama revolves around the story of a couple – childhood sweat-hearts with opposing choices when it comes to children. But destiny seems to have planned a big surprise for the two.

Apart from Mister Mummy, actor Riteish is also busy with Visfot, which is written by Abbas Dalal and Hussain Dalal and directed by Kookie Gulati and produced by Bhushan Kumar and Sanjay Gupta under the banner of White Feather Films and T-Series. The film marks the comeback for actor Fardeen Khan.

Genelia's last theatrical Hindi release was Tere Naal Love Ho Gaya in 2012 and starred her alongside Riteish. Later, she appeared in a digital release, It's My Life opposite Harman Baweja.

The duo is also producing Vedd, which is helmed by Riteish Deshmukh, marking his directorial debut.