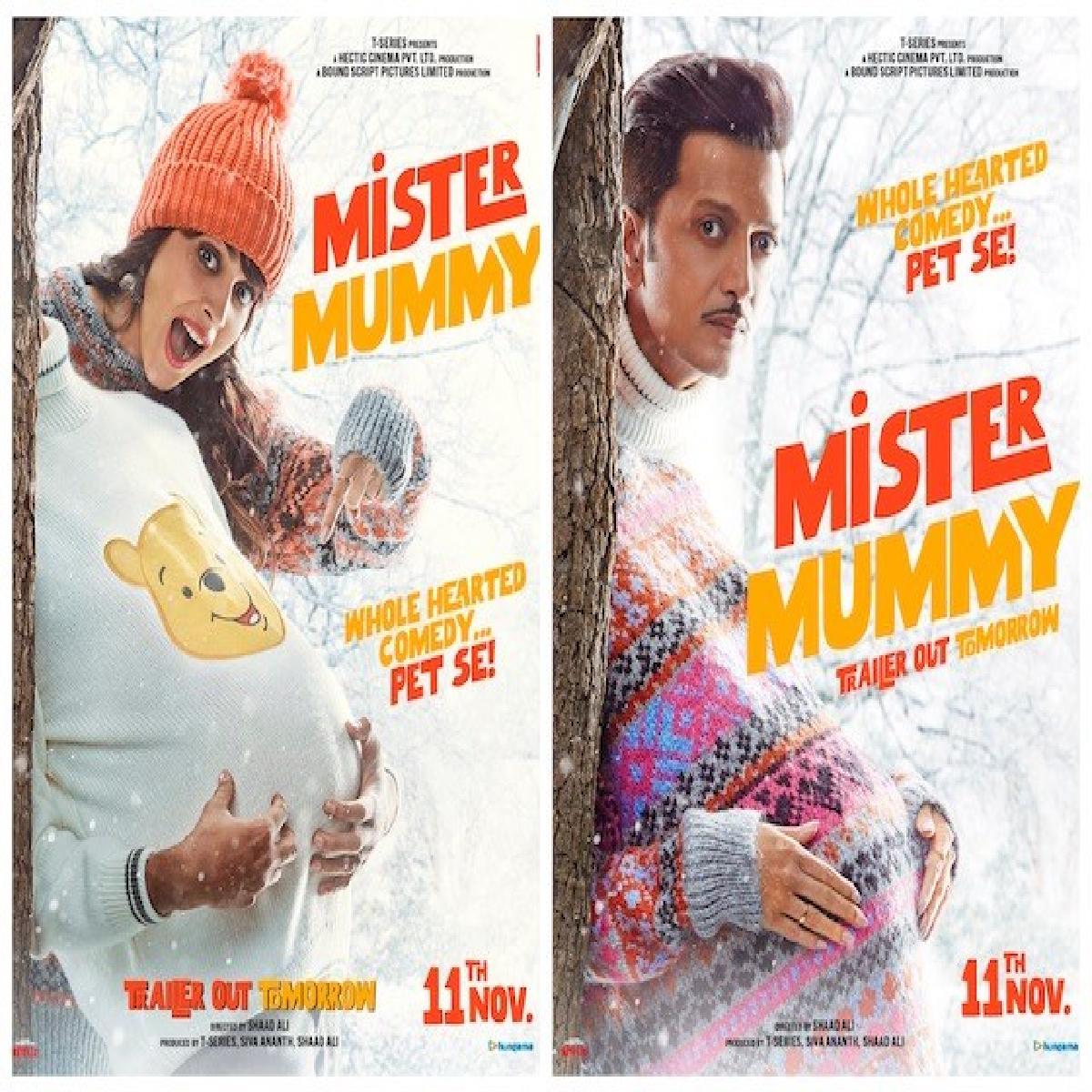 The maker of Mister Mummy starring Riteish Deshmukh and Genelia Deshmukh in the lead roles, unveils brand new posters, the film is slated for 11th November 2022 release, the first official trailer for the film will be out tomorrow.

Sharing the second poster, it said, “Fasten your seat belts because this pair is all set to take on a whole-hearted comical ride. #MisterMummy Trailer Out Tomorrow, In cinemas on 11th November, 2022”

The narrative revolves around a couple with opposing choices when it comes to children The film is directed by Shaad Ali, it is backed by Bhushan Kumar's T-Series, Krishna Kumar, Ali and Siva Ananth.

Deshmukh and D'Souza made their acting debut together in 2003 with the romantic-drama "Tujhe Meri Kasam" and went on to feature in films like "Masti" and "Tere Naal Love Ho Gaya".

The couple will also be seen in the upcoming Marathi movie "Ved", which marks the directorial debut of Deshmukh and the acting debut of D'Souza in Marathi cinema.