Mouni Roy As Junoon In Brahmastra, First Look Out 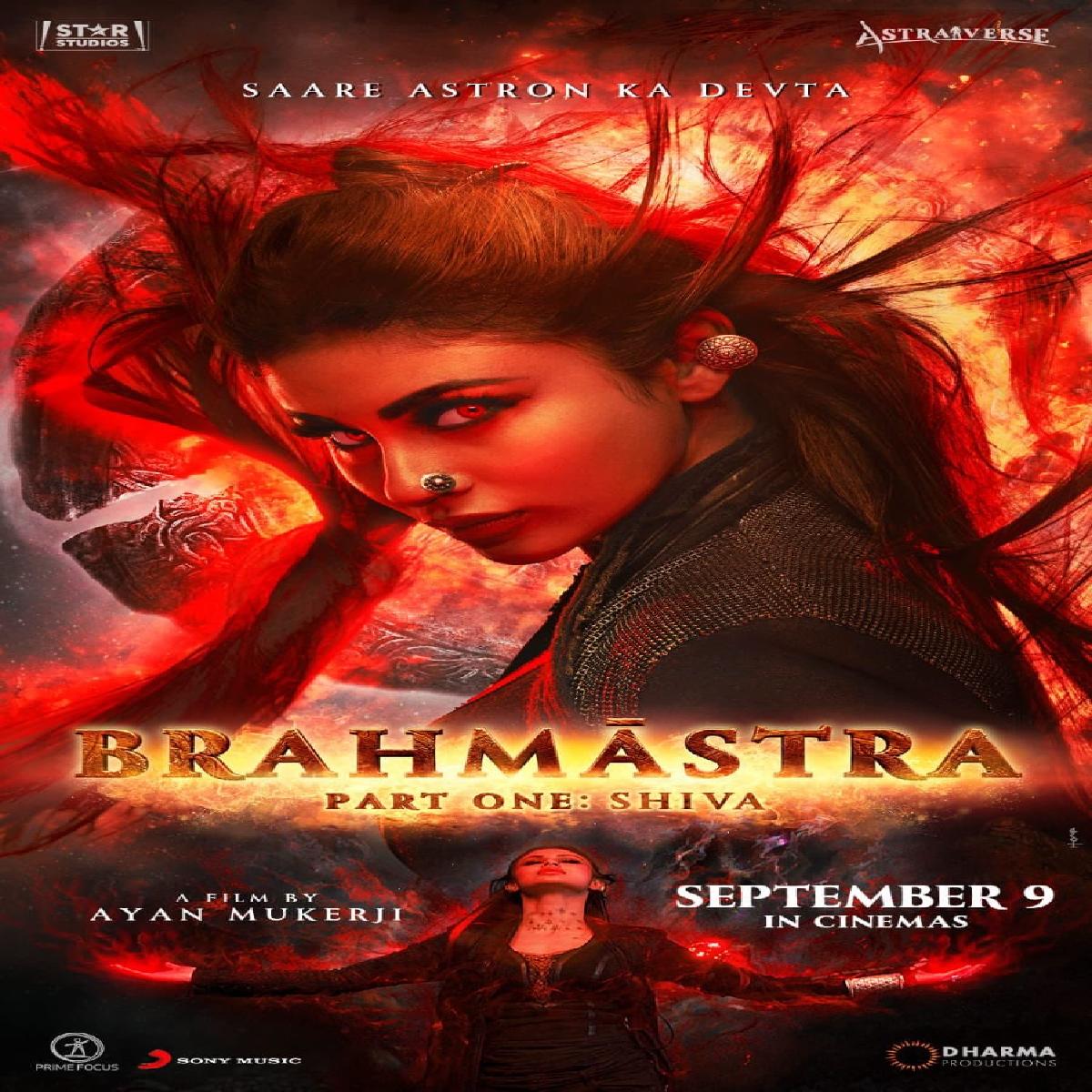 Now we all have seen good forces of Brahmastra, starting with Ranbir Kapoor as Shiva, Amitabh Bachchan as Guru Arvind and Nagarjuna as Anish, but it’s time to meet the dark force, Mouni Roy will be seen playing Junoon, someone who will give run of their money in forthcoming sci-fi thriller.

Sharing the first look poster of character and waiting the longest for the film to release, Mouni Roy captioned her post, “JUNOON, After 5 years of anticipation, the possibility is now reality, Kar Le Sabko Vash Me Apne, Andhere Ki Rani Hai, Brahmastra Ko Hasil Karna, Yah Junoon Ne Thani Hai! Meet the leader of the Dark Forces... our Mysterious Queen of Darkness… Junoon! Watch out for Junoon in our Trailer tomorrow”

The makers of the film also dropped a motion poster of Mouni Roy's look as Junoon.

The official handle of Dharma Productions shared the motion poster, the caption read, “Kar Le Sabko Vash Me Apne, Andhere Ki Rani Hai, Brahmastra Ko Hasil Karna, Yah Junoon Ne Thani Hai! Duty and Obsession. Creation and Destruction. Light and Dark. In our world of Light, we present to you the face of Darkness - Here is the mysterious, Junoon. Watch out for Junoon in our Trailer tomorrow”

The motion poster shows Mouni in a devilish avatar, instantly reminding us of her role as Naagin in popular TV show. She plays an antagonist in the film who fights Ranbir Kapoor. The trailer for the film will be out tomorrow.

Brahmāstra Part One: Shiva is the first film produced under the Star Studios, Dharma Productions, Prime Focus and Starlight Pictures, the film is slated for 9thSeptember 2022 release.