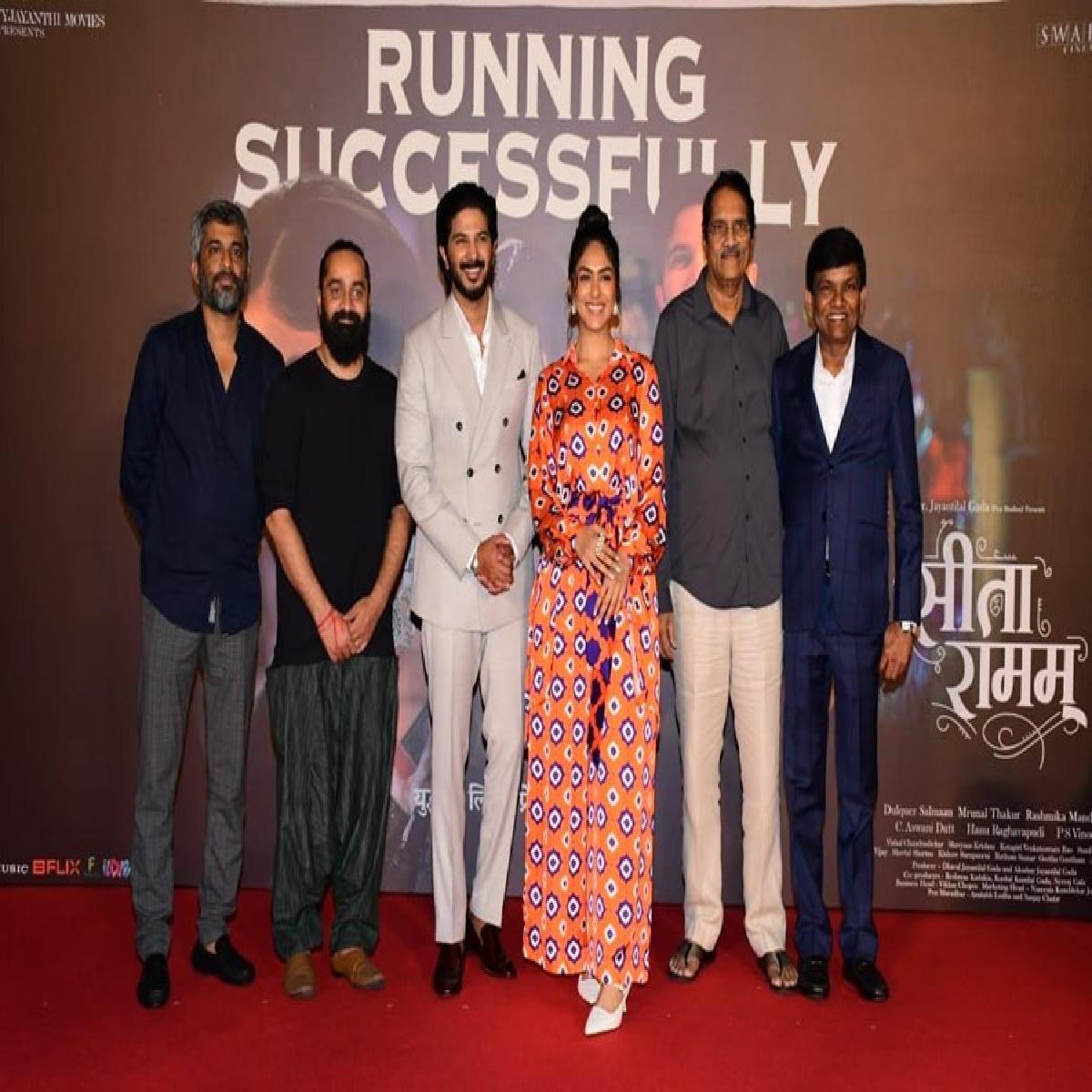 Mrunal Thakur and Dulquer Salman starrer Sita Ramam is doing extremely great at the box office since it’s been released in Hindi. The film is a periodic romantic drama set in the ’60s and ’80s. Sita Ramam has taken social media by storm and also received a tremendous commendation from the fans for the mesmerizing storyline, screenplay and charming chemistry between the leading duo.

Helmed by Hanu Raghavapudi, Sita Ramam also stars South Superstar, Rashmika Mandanna in a pivotal role. Dulquer Salmaan is playing the role of a Lieutenant Ram and Mrunal Thakur is showcased as his love interest in the role of Sita Mahalakshmi. After ruling in the Telugu Industry, the film is also prevailing in the Northern Territory and to mark the success of the film the makers and the actors of the film held a press conference to express their gratitude to the fans showering their constant love on the film.

Speaking about the success of the film Mrunal Thakur expressed, “The film is extremely special to me and as an actor, my biggest victory is audience’s love and appreciation and I am eternally grateful to them for showering it on Sita Ramam.

Dulquer Salmaan added, “The film is a combined effort of thousands of artists and talents and it’s the beauty of the efforts that are depicted in the film. I am still processing the success of the film it’s unbelievable and I’m very thankful to my fans for being so supportive.”

Dr. Jayantilal Gada, Managing Director, Pen Studios shares, “"With the national success of 'Sita Ramam'. Once again after 'RRR' and 'Vikram' it's proven language has no barrier, we have had these successes in a row, our strategy of focusing on out of the box content has worked"

The film was released on August 5 in Telugu and release in Hindi on 2nd September and it’s still running in Theatres due to the abundant recognition it received from the masses as well as the critics. The film is touching millions of hearts and striking the right emotional chords in every way.