My Memoir Is For My Fans Says Rani Mukerji 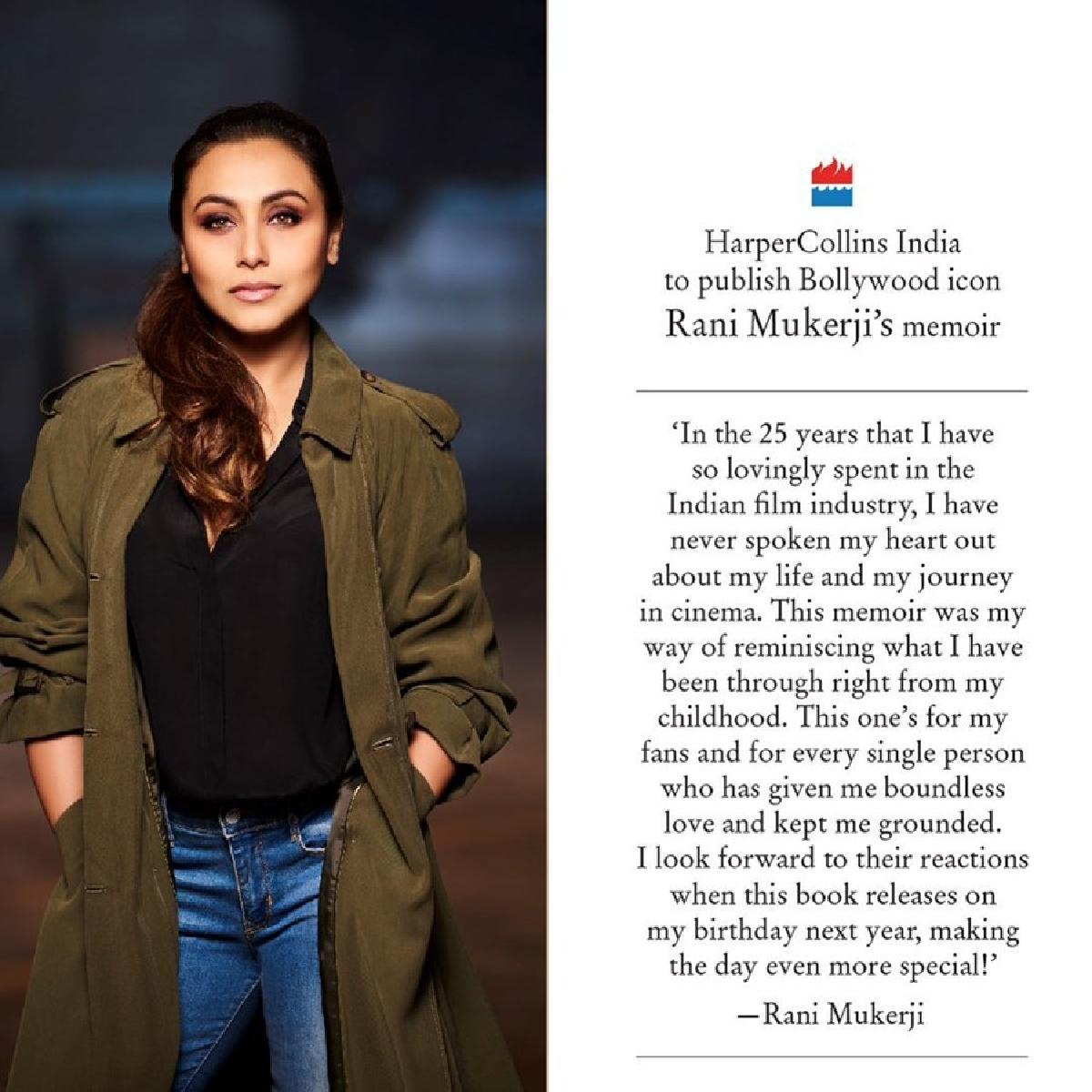 Actress Rani Mukerji has penned her memoir, which chronicles her life, her struggles and time in film industry, the book will be out on her birthday next year.

Rani Mukerji also penned a note, it read, “In the 25 years that I have so lovingly spent in the Indian film industry, I have never spoken my heart out about my life and my journey in cinema. This memoir was my way to reminiscing what I have been through right from my childhood. This one’s for my fans and for every single person who has given me boundless love and kept me grounded. I look forward to their reactions when this book releases on my birthday next year, making the day even more special. Rani Mukerji”

Rani Mukerji made her debut with social drama Raja Ki Aayegi Baraat (both 1996). She has been part of some of the biggest hits of India cinema, such as Ghulam, Kuch Kuch Hota Hai, Saathiya, Chalte Chalte, Hum Tum, Veer-Zaara, and Kabhi Alvida Naa Kehna.

She was last seen in a social drama Hichiki, for which she won Best Actress Award at Indian Film Festival of Melbourne.