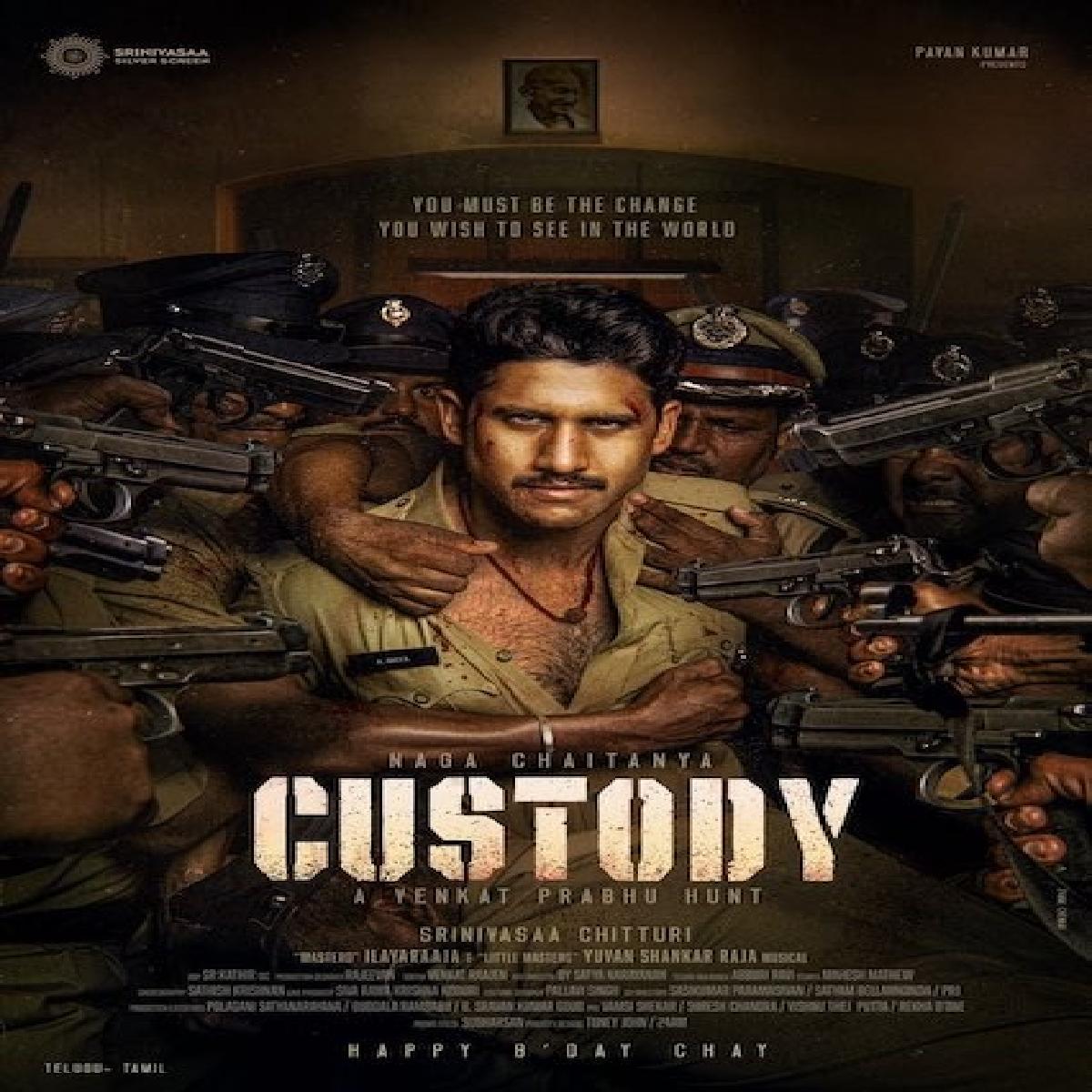 The film is written and directed by Venkat Prabhu, also starring Keerthi Shetty, and for the first time, music great Ilaiyaraaja is composing the score for this film in collaboration with his son and hit music director Yuvan Shankar Raja.

Going by the poster, Chaitanya plays a cop, who takes on his own colleagues in a fight to defend justice. The poster features a hero who’s bruised and hurt but not defeated.

The actor, who is celebrating his 36th birthday, has mostly limited himself to playing romantic characters, catering to the tastes of younger members of his audience. Custody seems like his effort to ditch the boyish charms and embrace more serious roles that deal with real-world problems and consequences.