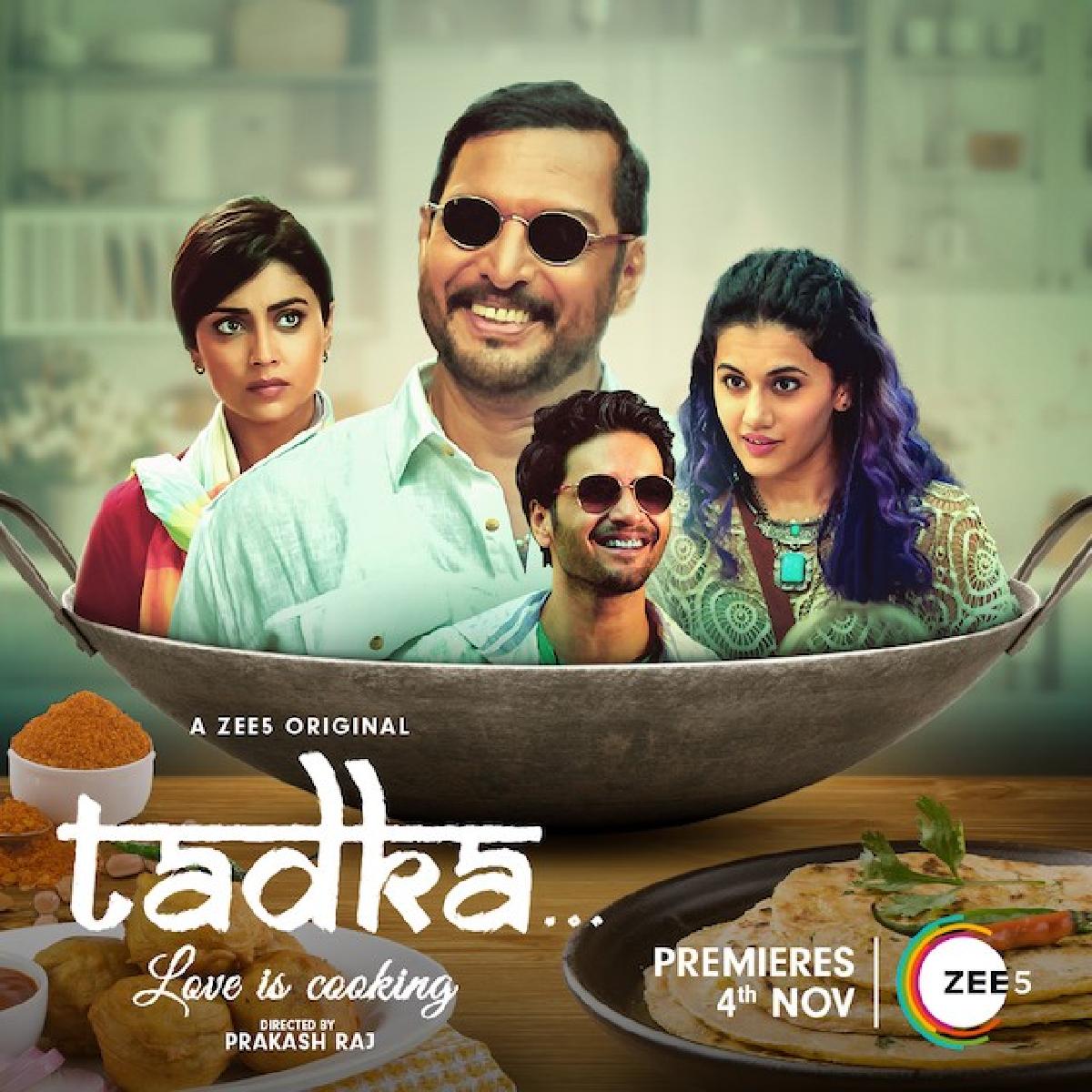 The first look poster for Tadka is out, starring Nana Patekar, Taapsee Pannu, Shriya Saran and Ali Fazal in the lead roles.

The film also stars Rajesh Sharma, Lillete Dubey, Naveen Kaushik  and Murali Sharma. The story of the film is based in Goa. Legendary musician Ilaiyaraaja to compose the songs and BGM for the film. The film was announced in 2016, only now its releasing digitally.

Prakash Raj also starred in the Kannada, Tamil and Telugu versions of the film opposite Sneha.