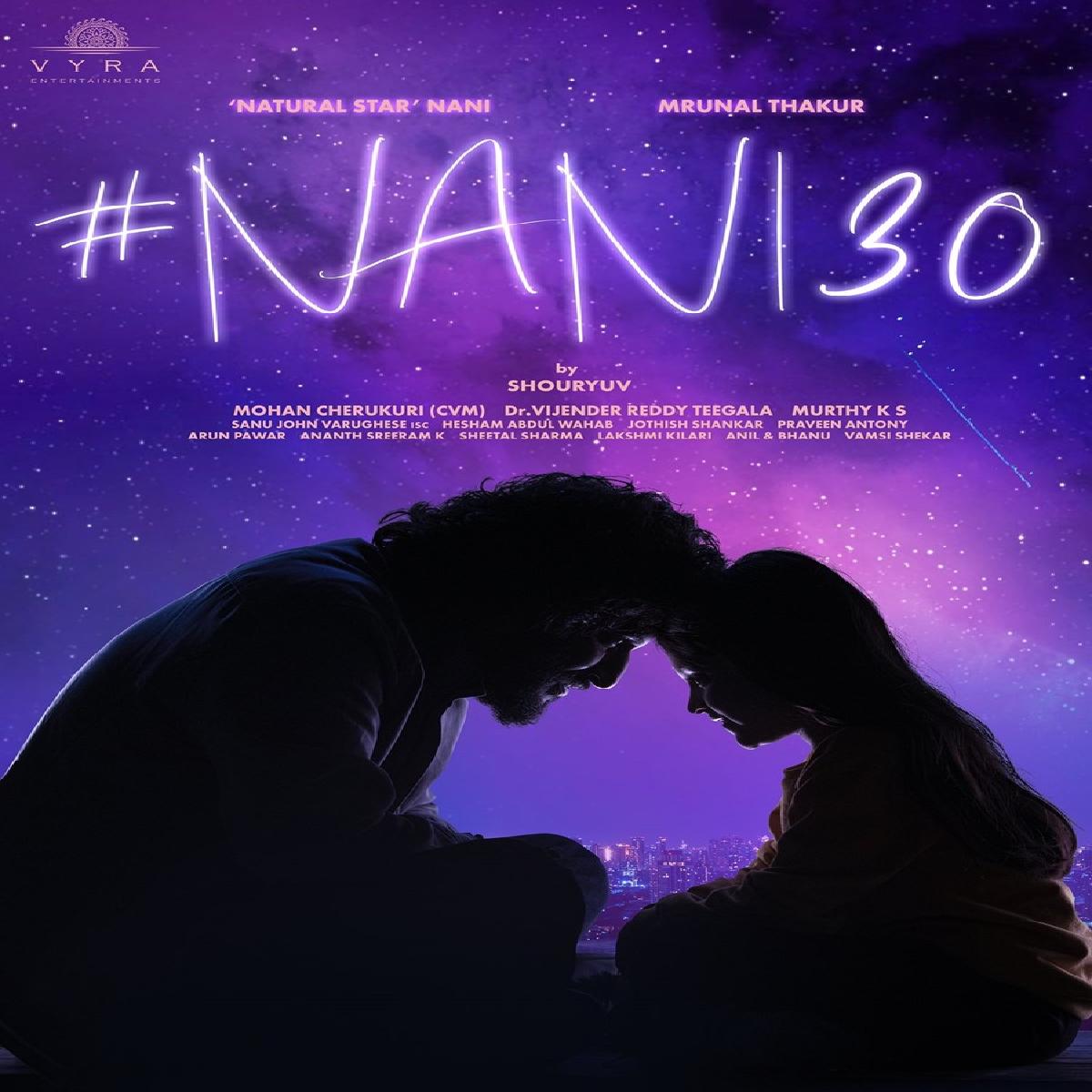 Natural Star' Nani confirmed his 30th film, he is collaborating with Vyra Entertainments for the movie which will have Mrunal Thakur as the female lead.

The film is bankrolled by Mohan Cherukuri, Vijender Reddy Teegala, and Murthy K.S., the yet-to-be-titled movie will be directed by Shouryuv, who will make his debut.

Sharing the first look poster and teaser for the film, Nani captioned it, “This year will be most special:), Dasara will grab you and #Nani30 will hug you. Promise. Wish you all a very happy new year Here’s the glimpse - @mrunal0801 @shouryuv @HeshamAWMusic @SJVarughese @editorpraveen @mohan8998 @drteegala9 #MurthyKalagara”

The video shows Nani sitting on top of a building and clicking photos while discussing with his on-screen daughter about his next project. The video gives the impression that the movie will be an emotional family entertainer with a different concept and father-daughter bonding is going to be the USP.

Popular Malayalam composer Hesham Abdul Wahab of Hridayam fame scores the music and his background score for the video is very pleasant and sets the right mood.

Praveen Anthony is the editor and Jothish Shankar is the production designer, while Satish EVV is the executive producer along with creative producer Bhanu Dheeraj Rayud.