Nani And Nazriya Starrer Ante Sundaraniki Will Release On Netflix 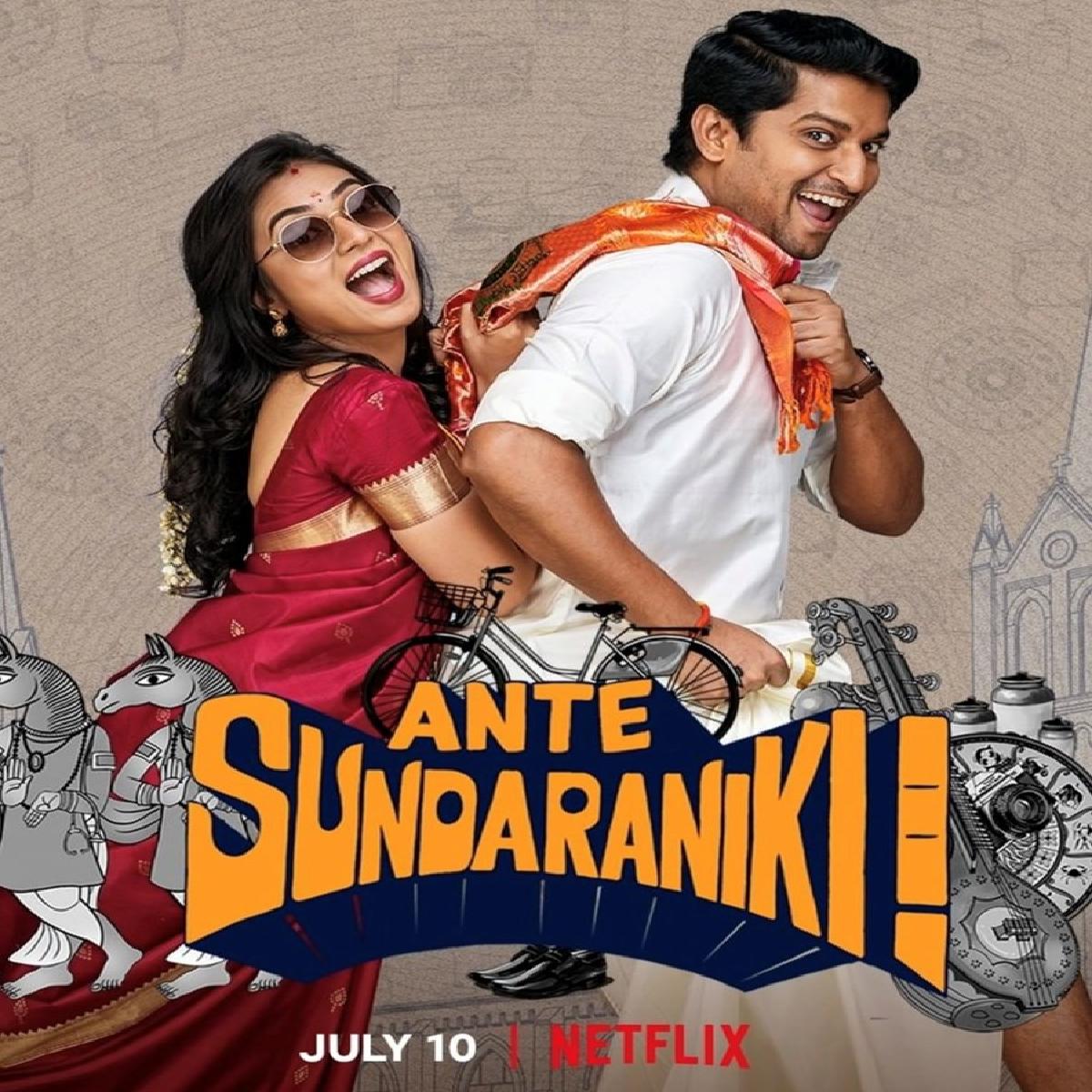 The official handle of Netflix India dropped the confirmation on the film release. It said, “You are cordially invited to witness the wedding story of Sundar and Leela, Save the date! Ante Sundaraniki is coming to Netflix on the 10th of July in Telugu, Malayalam and Tamil. #AnteSundaranikiOnNetflix @nameisnani @nazriyafahadh @vishnuviv”

Helmed by Vivek Athreya and bankrolled by Mythri Movie Makers, the film tells the story of Sundar and Leela, an interfaith couple who try to convince their parents about their marriage through a string of lies only to find themselves in more complicated situations.

Ante Sundaraniki! was released in cinemas on 10 June 2022 and opened to positive reviews from critics. The film grossed over 38 crore at the box office.

Meanwhile on the work front, Nani is shooting for Dasara, an action drama film written and directed by Srikanth Odela and produced by Sudhakar Cherukuri under the banner of Sit's LV Cinemas. The film also stars Keerthy Suresh.

It's great to be back on your blog; it's been months since I last visited. This is the piece I've been waiting for for a long time mapquest driving directions. I'll need your article to do my college homework, which is on the same subject as your article.