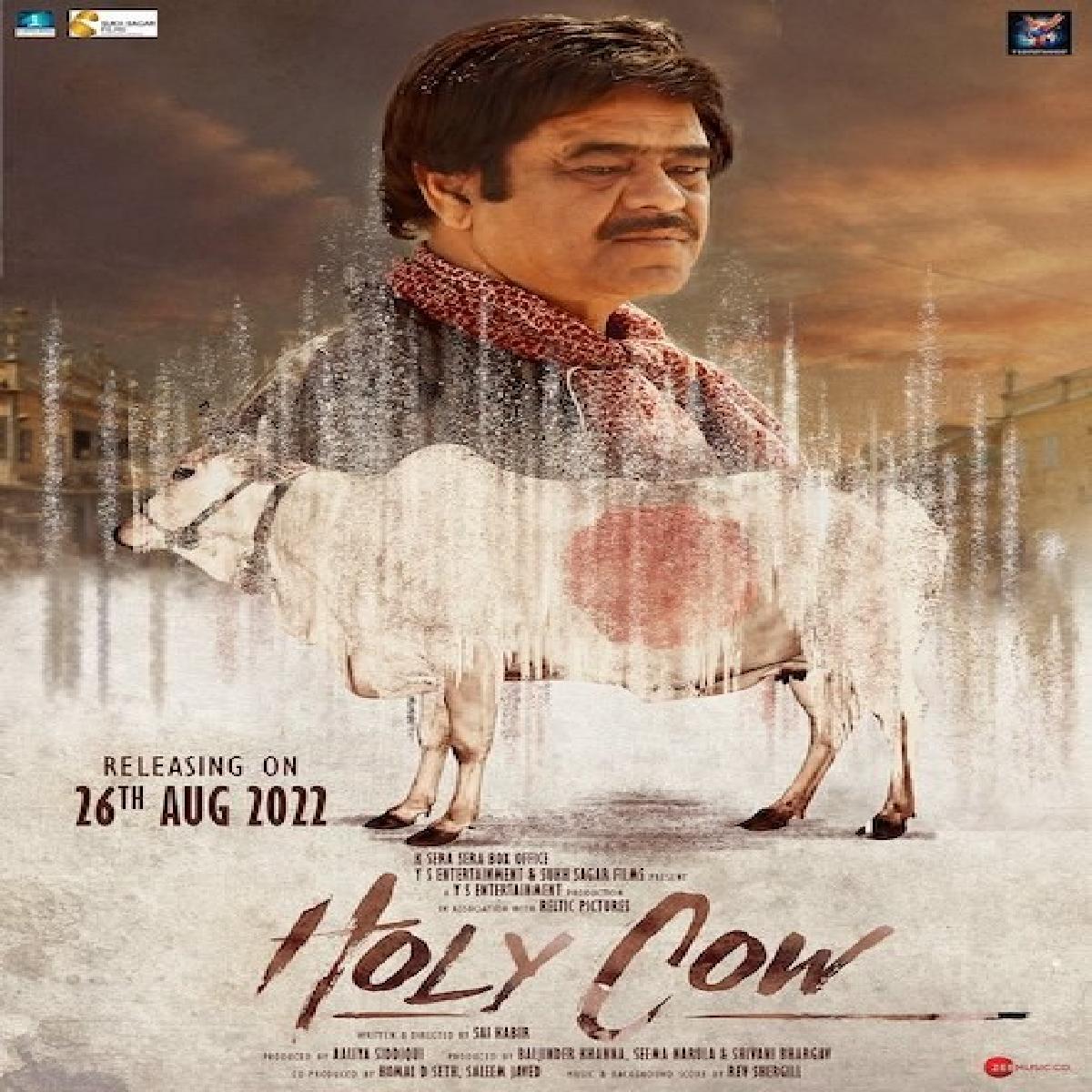 The first look poster and teaser release date for Holy Cow is finally been confirmed along with its release date. The film stars Nawazuddin Siddiqui, Sanjay Mishra and filmmaker Tigmanshu Dhulia in the lead roles.

Helmed by Sai Kabir, known for movies such as Revolver Rani, The Shaukeens and Kismat Konnection, it tells an interesting tale of ​​Salim Ansari trying to find his missing cow Ruksar with the help of a police officer.

The film is backed by YS Entertainment and produced by Aaliya Siddiqui and Baljinder Khanna. The teaser for the film will be out tomorrow.

The movie Holy Cow, the debut venture of Nawazuddin Siddiqui’s wife Aaliya Siddiqui, made headlines earlier for a financial fraud, which was filed by

Manju Garhwal, creative and co-producer of the film, against Aaliya. The film got derailed because of the case, but not it is slated for slated for 26th August 2022 release.

Tiku Weds Sheru is is produced by Kangana Ranaut, written and directed by Sai Kabir under the banner of Manikarnika Films. The film is Kangana's maiden production after the launch of her production house in 2020