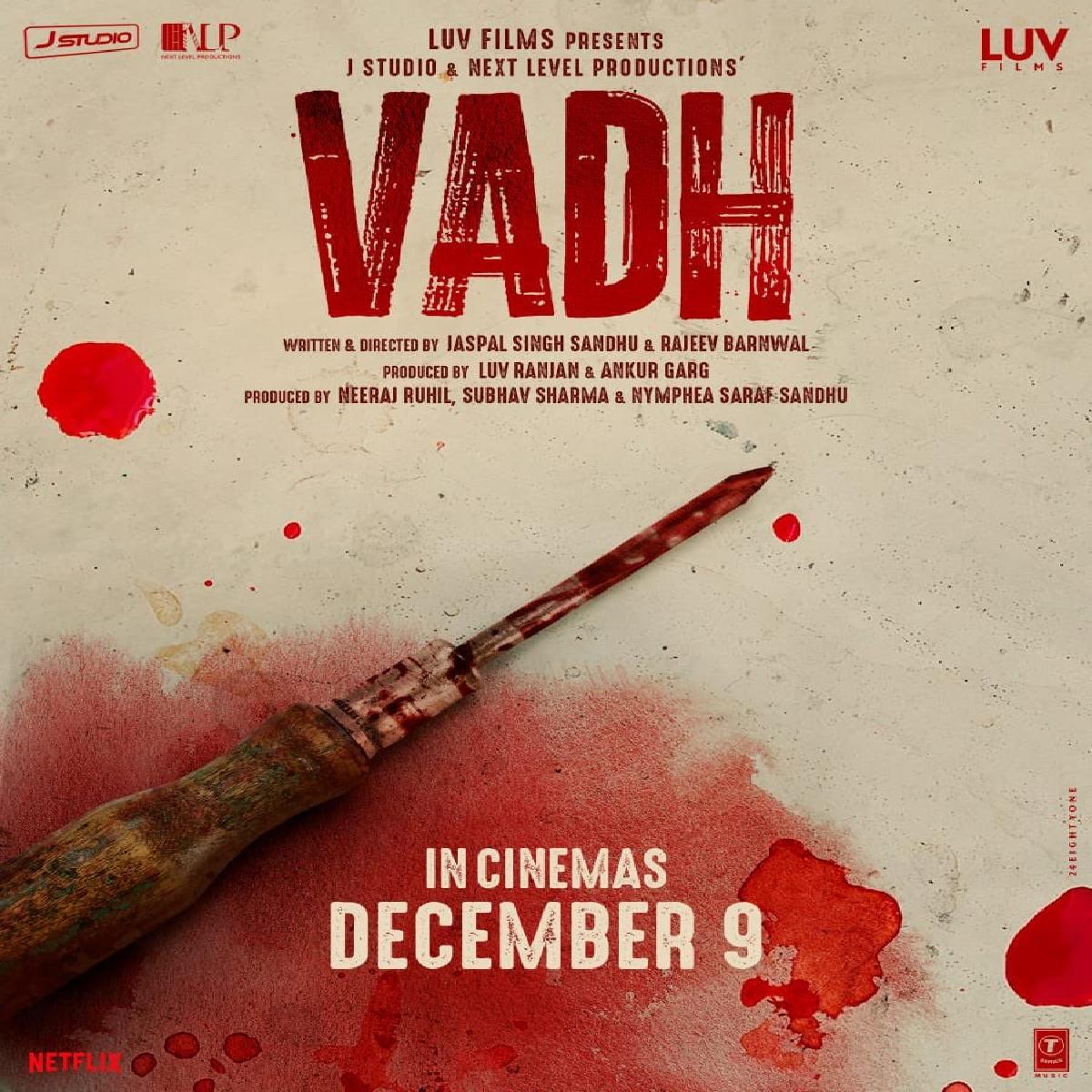 Touted to be a thriller drama, the film is written and directed by Jaspal Singh Sandhu and Rajeev Barnwal. Backed by J Studio and Next Level Production. Filmmaker Luv Ranjan’s Luv Films is presenting the project.

The official handle of Luv Films shared the same, it said, “#VADH starring Sanjay Mishra & Neena Gupta to release in cinemas on Dec 9. #VadhTeaserPoster Out Now”

Ranjan and Ankur Garg are credited as producers along with Neeraj Ruhil, Subhav Sharma and Nymphea Saraf Sandhu.

The film was earlier titled as Gwalior, but the makers have opted for Vadh, Sanjay Mishra and Neena Gupta starrer will hit the theatres on 9th December 2022. Following its theatrical run, the film will stream on Netflix.