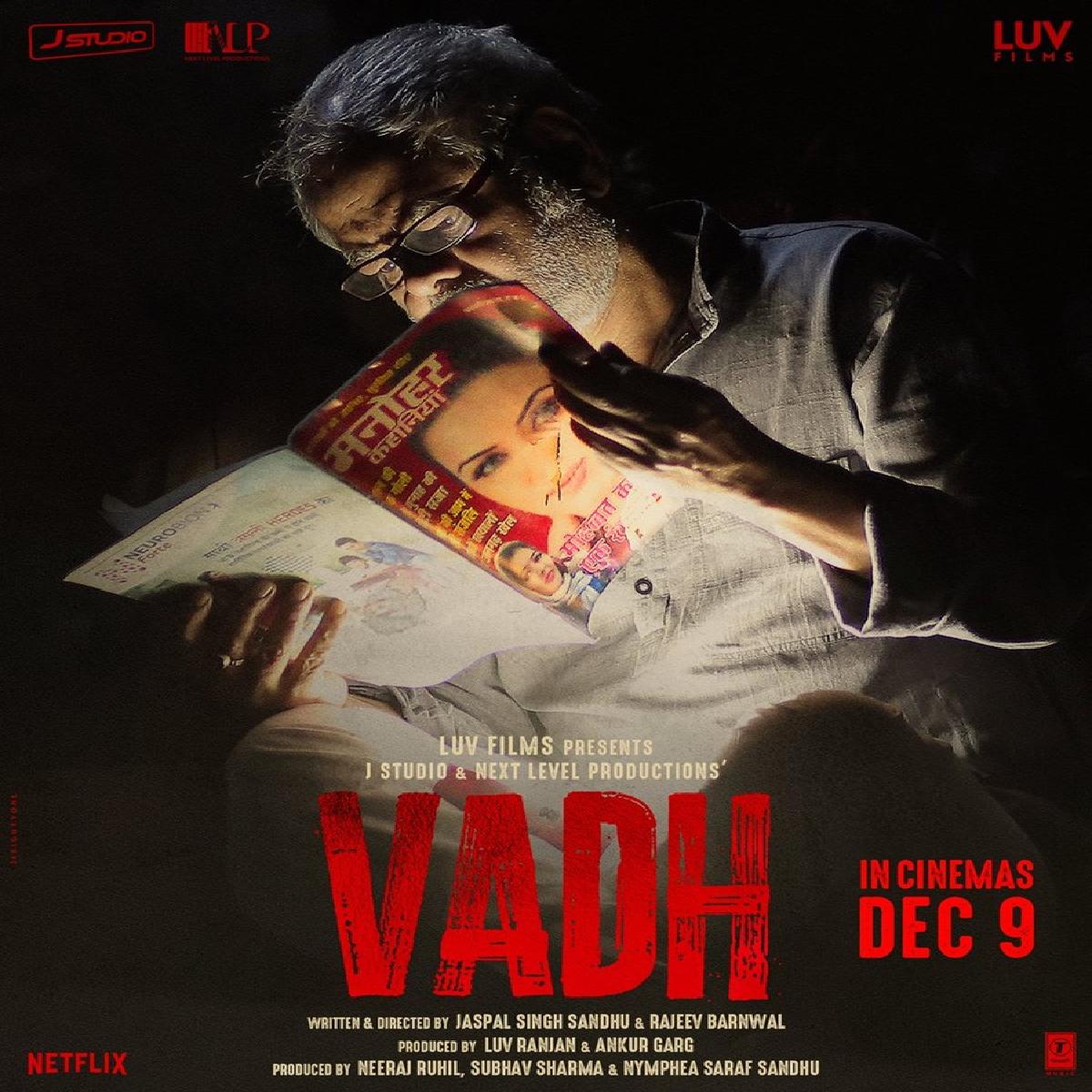 After unveiling the release date of Vadh, actress Neena Gupta drops the first look poster for veteran Sanjay Mishra from the film.

On the poster, actor Sanjay Mishra is sitting in the dark, with lights coming the distance, and he seems to reading some section from women’s magazine.

Touted to be a thriller drama, the film is written and directed by Jaspal Singh Sandhu and Rajeev Barnwal. Backed by J Studio and Next Level Production. Filmmaker Luv Ranjan’s Luv Films is presenting the project.

Sharing the same, actor Sanjay Mishra wrote, “Every Story Has A Reason. Know The Reason Of #Vadh only in cinemas on 9 Dec”

Ranjan and Ankur Garg are credited as producers along with Neeraj Ruhil, Subhav Sharma and Nymphea Saraf Sandhu.

Actor Sanjay Mishra and Neena Gupta starrer will hit the theatres on 9th December 2022. Following its theatrical run, the film will stream on Netflix.