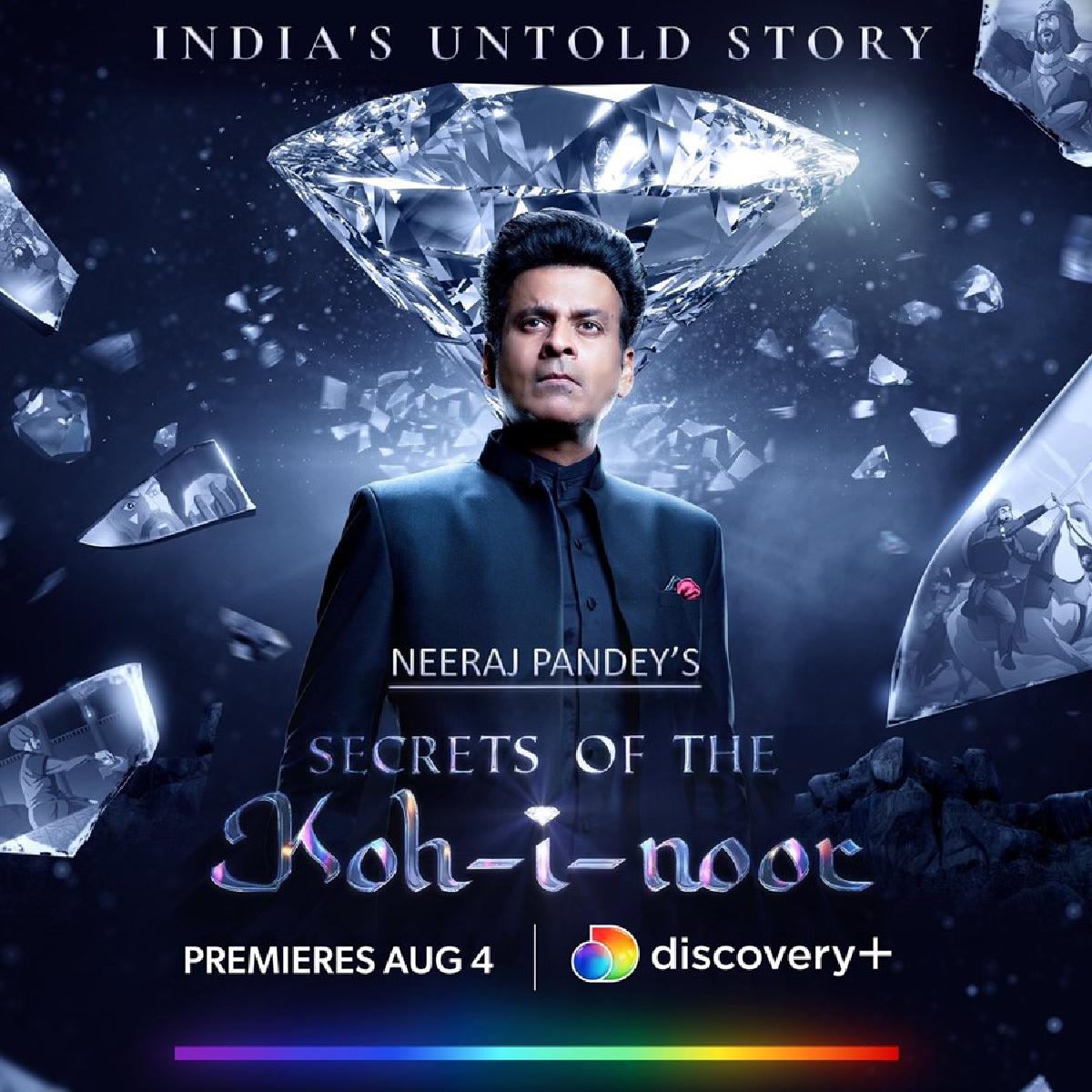 Filmmaker Neeraj Pandey will be collaborating with veteran actor Manoj Bajpayee for the second instalment of Secret series for Discovery Plus, based on Kohinoor diamond.

Manoj Bajpayee presented a docu-drama Secret of Sinauli – Discovery Of The Century, where the makers shed light on the remarkable discovery of a 4,000-year-old chariot at Sinauli, which forces history experts to ask questions about the sequence of events given in Indian mythologyNow, Neeraj

Pandey is all set to present the tale of Kohinoor Diamond, which was once the pride of India, but now sits pretty with Royal crown in UK. Sharing the poster and release date, Neeraj Pandey shared, “After the overwhelming success of ‘Secrets Of Sinauli: Discovery Of The Century’, I am extremely

delighted to collaborate with discovery+ & Manoj Bajpayee for the second instalment in our SECRETS franchise - India's untold story: Secrets of the Kohinoor. Premieres August 4th only on @discoveryplusIN @BajpayeeManoj @FridayStorytel1 @ShitalBhatiaFFW @raghavjairath #VaibhavMutha

@deshpandedeven”After winning the OTT space with Special Ops series, filmmaker Neeraj Pandey has also wrote the screenplay for forthcoming Vikram Vedha, a neo-noir action thriller film written and directed by Pushkar–Gayathri, being a remake of their own 2017 Tamil film of the same