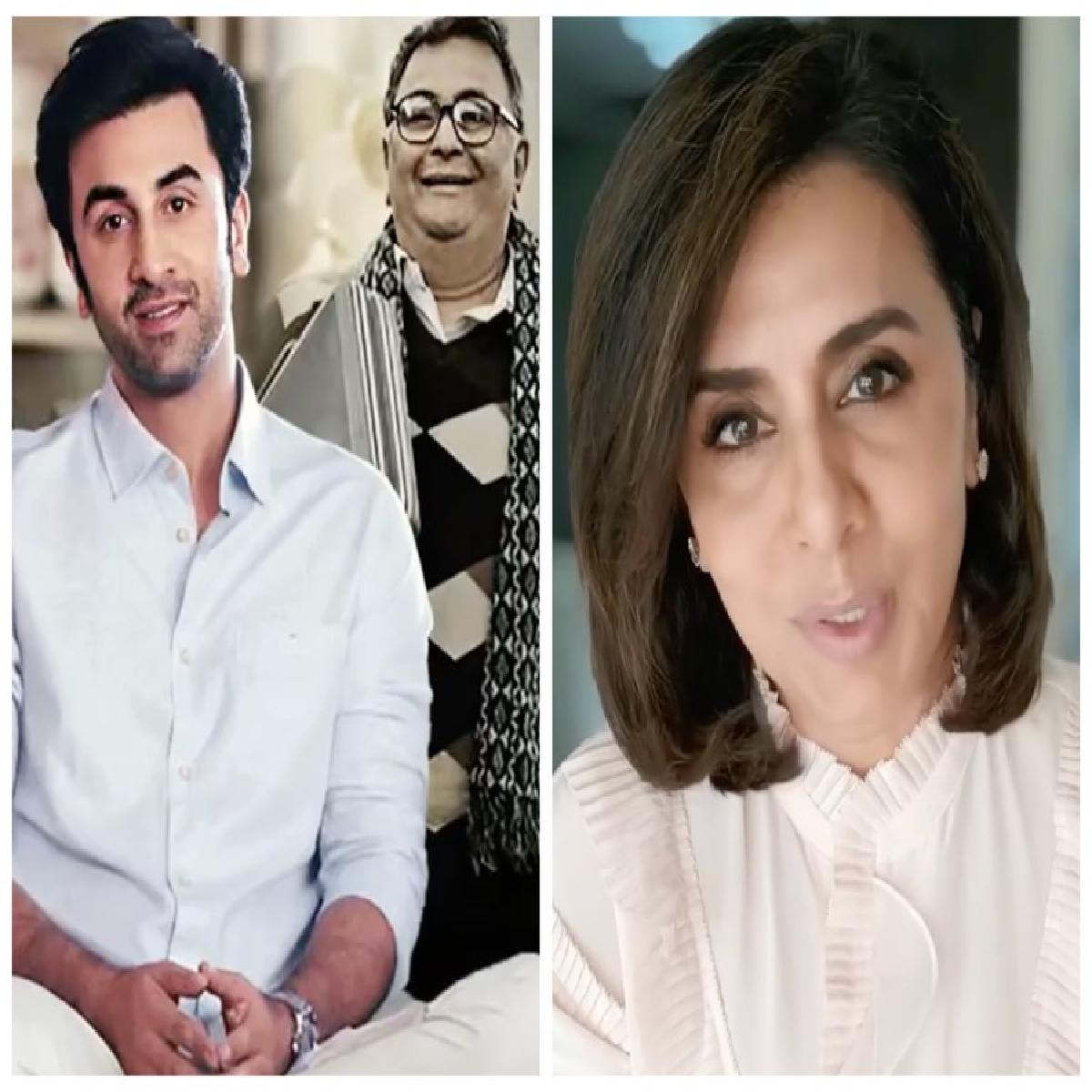 Veteran actress Neetu Kapoor along with her son Ranbir Kapoor, part with some beautiful message and remembrance of late actor Rishi Kapoor ahead of his last movie, Sharmaji Namkeen trailer launch.

Rishi Kapoor’s wife Neetu Kapoor shared a post video, where Ranbir Kapoor is seen talking about his father’s last release. She captioned her post, “This movie will always be very close to my heart !!! The excitement when he started the movie and how keen he was to complete it after the treatment! Here’s a special message for a very special film, #SharmajiNamkeen. Trailer out tomorrow.  #SharmajiNamkeenOnPrime, trailer out tomorrow @primevideoin #RishiKapoor #PareshRawal @iamjuhichawla @@excelmovies @macguffinpictures @hiteshbhatia79 @ritesh_sid @faroutakhtar @honeytrehan @abhishekchaubey”

In the video post, Ranbir Kapoor remembers his father and his excitement about the movie Sharmaji Namkeen, but as he got sick and couldn’t complete the film, Paresh Rawal graciously stepped up to wrap it up and this is first time in history of cinema, where one character is played by two different actors.

Ranbir Kapoor also urged the audience to shower love on the film, just the way they praised late Rishi Kapoor. The trailer of ‘Sharmaji Namkeen’ is set to release tomorrow.

Directed by Hitesh Bhatia, ‘Sharmaji Namkeen’ promises to narrate a heart-warming story of self-realization and discovery. The film dwells on the life of a recently retired man who discovers his passion for cooking after joining a riotous women’s kitty circle.

The film stars late Rishi Kapoor and Paresh Rawal, both of whom play the titular character, alongside Juhi Chawla, Suhail Nayyar, Taaruk Raina, Satish Kaushik, Sheeba Chaddha, and Isha Talwar. The movie will premiere on a streaming platform on March 31.