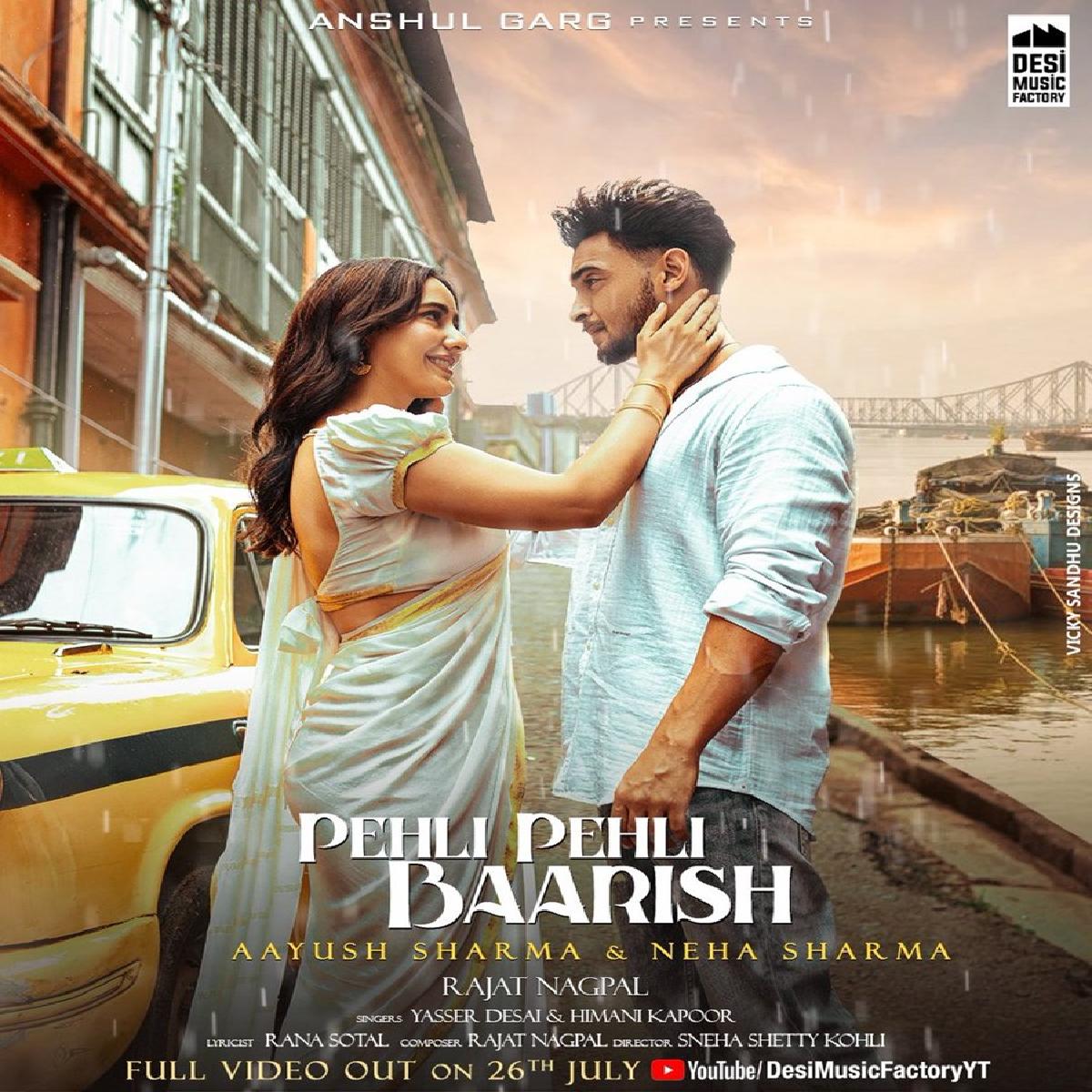 After unveiling a stunning new teaser for Pehli Pehli Baarish song, actress Neha Sharma drops a brand new poster for the song, also featuring Aayush Sharma.Diva Neha Sharma took to her social media profile and shared the teaser. She captioned it, “Get ready for the season of love.

The music video for the song will be out tomorrow. This romantic track is crooned by Yasser Desai and Himani Kapoor. The song is penned by Rana Sotal, and composed by Rajat Nagpal.Sharing the second poster for the song, Tanhaji fame Neha Sharma wrote, “Bas thoda sa intezaar aur...The

biggest love anthem of the season #PehliPehliBaarish releasing soon on @desimusicfactory official YouTube channel on 26th July 2022”The song is produced by Anshul Garg and helmed by Sneha Shetty Kohli. The song is shot around beautiful and exotic locales of Kolkata.

Apart from the music video, Aayush Sharma is next set to appear in the actioner Kwatha with Isabelle Kaif, a film delayed since 2019. He confirmed that he will reunite with Khan in his production Kabhi Eid Kabhi Diwali, in which he is playing his brother.