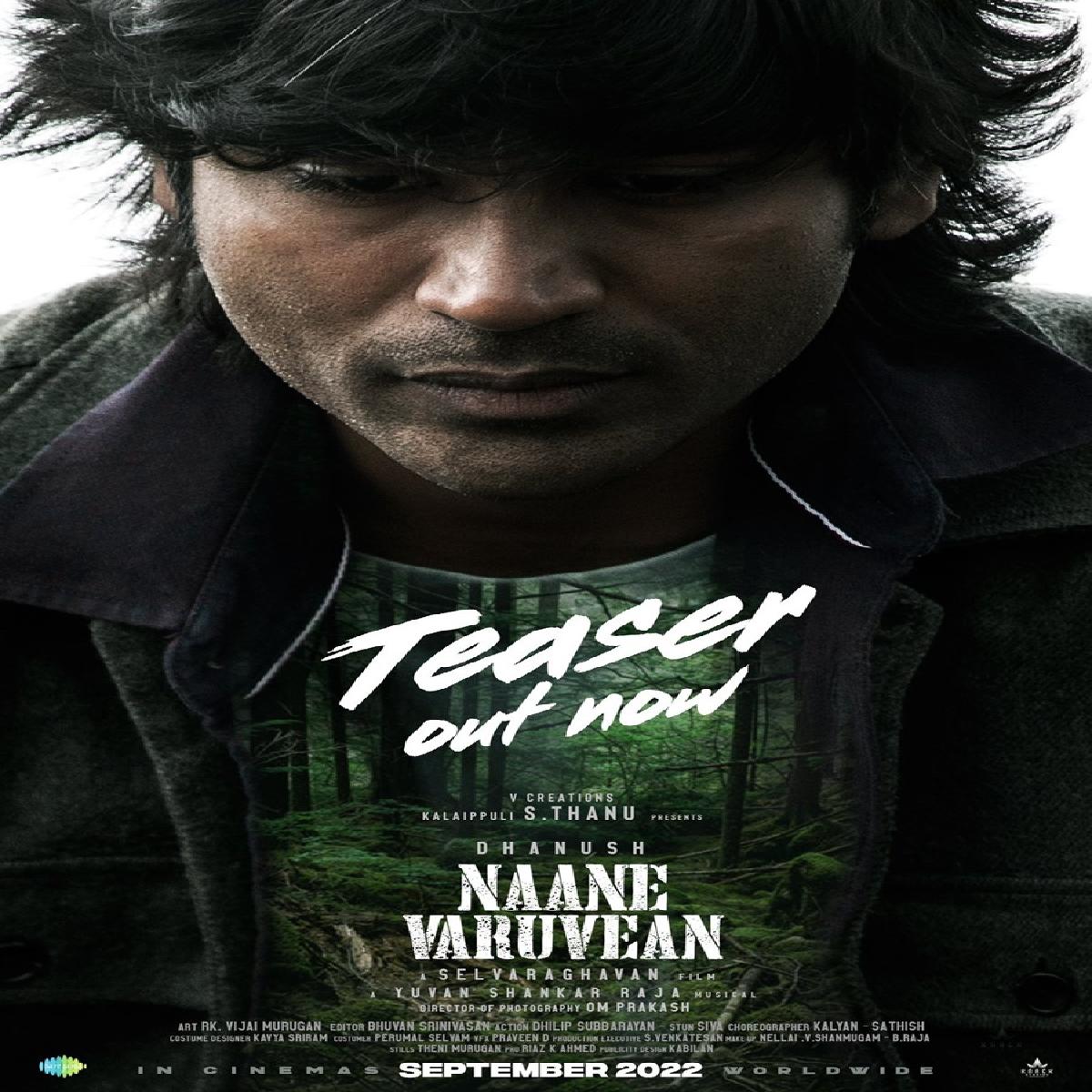 The much awaited teaser for Dhanush’s upcoming thriller Nene Varuvean is finally out and it has clocked 2 million plus hits within hours of its release.

Sharing the teaser of the thriller on his social media profile, Dhanush captioned his post, “Here we go !! Naane varuven Teaser”

Helmed by Selvaraghavan, the film features Dhanush in two different avatars, and they face off against each other.

The teaser opens with a rugged looking Dhanush wandering in a forest with a bow and arrow in hand before taking out a hunting knife menacingly as he seemingly approaches his target. The scene then cuts to a more timid-looking unsure Dhanush peering at his doppelganger in amazement.

The teaser then gives glimpses of both character’s past lives and their tender moments with their respective partners and families before the tone turns somber again. We see glimpses of the first Dhanush menacingly dancing in a cabin and murdering someone in the woods. Before long, the two come face and face and confrontation ensues.

The film is expected to be released theatrically in the month of September 2022.