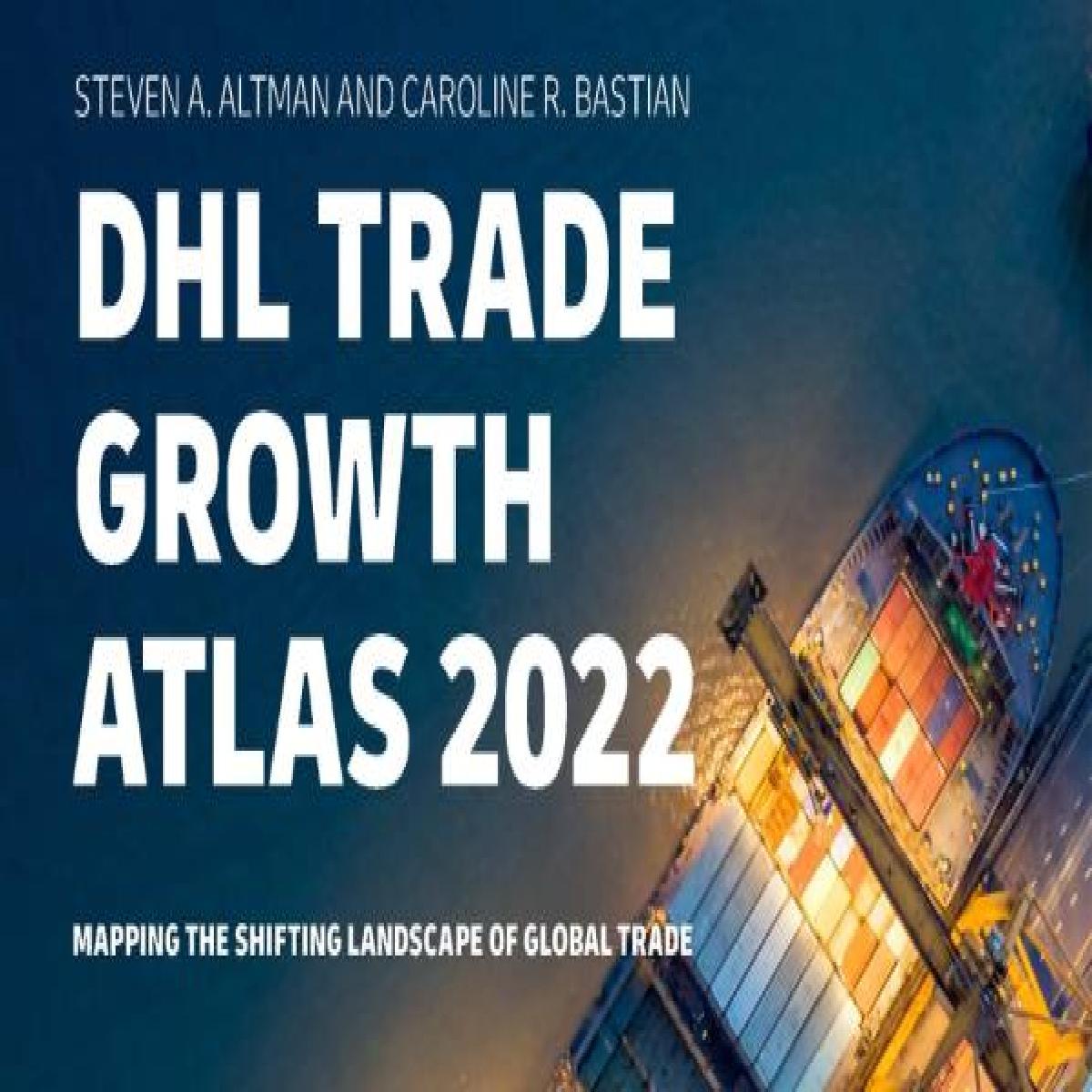 DHL and NYU Stern School of Business have published the new DHL Trade Growth Atlas, which maps the most important trends and prospects of global trade in goods. The report covers 173 countries, providing valuable business intelligence for policymakers and industry leaders. Despite recent shocks and market pessimism, it shines a positive light on the resilience of global trade.

“Our aim is for the DHL Trade Growth Atlas to become a go-to resource for understanding and navigating shifts in the global trade landscape. In the current global business environment, DHL can help customers rethink certain supply chains, basing them on a sensible trade-off between cost and risk so that they are both efficient and secure. As the world's leading logistics provider, we offer solutions for all logistics requirements, and have proven to provide stable and reliable services even in volatile market environments,” says John Pearson, CEO of DHL Express.

There was a surge of interest at the start of the pandemic in shortening supply chains and producing goods closer to customers. However, as trade recovered and global supply chains delivered a record amount of goods, many companies paused reshoring and nearshoring plans. Emerging economies, particularly those in Southeast and South Asia, became important exporters of sophisticated capital goods such as industrial equipment, engines, and raw materials.

“It is fantastic to see emerging economies racing ahead in global trade. South Asia is expected to rapidly increase its share of global trade, with India doubling its trade volume growth rate in the next five years. Given the growing number of MSMEs in the region, it is only natural to enter this market and establish a strong supply chain network to access the ecosystem. We know that global trade growth impacts economic growth rates and enables countries to reduce inflation, as they gain access to key inputs such as industrial goods and raw materials through multiple trade routes. According to the data we have gathered, the shift in trading patterns will result in higher quality goods produced versus the quantity of goods produced by emerging markets in the future," says R.S Subramanian, SVP South Asia, DHL Express.

Understanding Global Trade and its Opportunities

The DHL Trade Growth Atlas examines global trade growth trends, geographic shifts, the mix of products traded, and broader changes in the business environment. It analyzes trade in goods worldwide, by region, for advanced vs. emerging economies, and across 173 countries. The report features concise one-page summaries for each of these countries. The countries covered comprise more than 99% of world trade, GDP, and population.

“We have sought to distill the most important data on the state and trajectory of global trade and to bring the data to life in maps, charts, and other visual content. The results show how there are still large trade growth opportunities in both advanced and emerging economies and in regions around the world. The trade landscape is shifting and presenting new challenges, but this report strongly rebuts predictions of a major retreat from global trade,” says Steven Altman, Senior Research Scholar and Director of the DHL Initiative on Globalization at NYU Stern’s Center for the Future of Management.

The DHL Trade Growth Atlas complements the established DHL Global Connectedness Index series. While the DHL Trade Growth Atlas provides a special deep dive on global trade in goods, the DHL Global Connectedness Index, published regularly since 2011, analyzes the broader phenomenon of globalization – based on trade in goods and services, as well as worldwide flows of capital, people, and information. Both reports help pinpoint promising business opportunities, and support fact-based debates about trade and globalization.

One can find the report for download as well as further information on https://bit.ly/3BEu2kL